Ty Thureson, Cody Burger and Joe Stengl each scored four goals as the Ponies picked up their 11th consecutive victory. 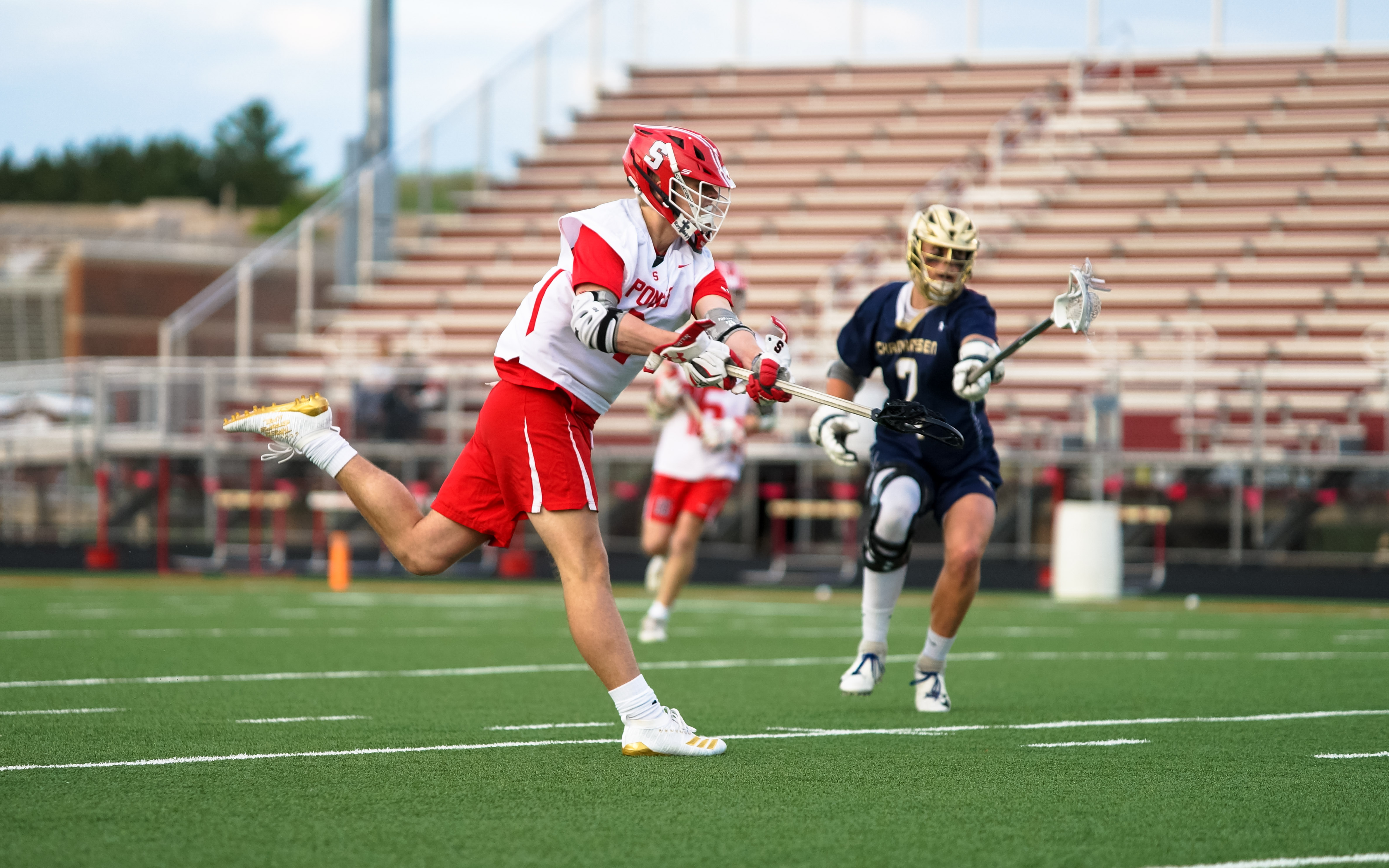 The program has never qualified for a state tournament, and, for the first time in team history, the Ponies were playing in a section championship game on June 6.

However, when the buzzer sounded, Mahtomedi escaped the Section 4 championship game by one goal, 11-10, stopping Stillwater one game short of state qualification.

For the players who have returned, they have not forgotten last year's near encounter with a section championship and a state tournament berth. Stillwater (11-0, 7-0) started this spring with some revenge in a 13-6 victory over the Zephyrs on April 18.

"It's just been our milestone that we needed to achieve, and we finally got there," said Ty Thureson, about the win against Mahtomedi. "I think that started out our season great, and now we're trying not to get stopped here."

Thureson talked about the win at Ponies Stadium after he, Cody Burger and Joe Stengl each scored four goals in a 21-9 victory Thursday over Chanhassen. The Storm (5-6, 2-2) were led by Alex Duea in the loss, who scored a game-high five goals.

Thursday's 12-goal win was not just an anomaly for the Ponies. Undefeated through the first seven games of the season, Stillwater's smallest margin of victory so far has been seven goals. No team has scored 10 or more goals against the Ponies, with Chanhassen coming closest Thursday with nine.

"I think we've been playing well on both ends of the field," coach Tom Howe said. "Every game has been different."

The Ponies, who have won at least 10 games every year since 2016, have also reached new milestones over the past two seasons. Last year, the program won its first Suburban East Conference championship, something it can repeat with a win at home against Park of Cottage Grove on Tuesday.

"We're undefeated, teams want to knock us off," said Howe, who is in his fourth year coaching the Ponies. "That's the way it is; it's a good place to be. A few years ago, it wasn't like that."

Because winning can be a lot of fun, Stillwater's players are not shy about explaining the good times they have had this season.

But just as necessary are the goals the team has set out to achieve.

"It's loose, but definitely we come to work every day," Thureson said. "We come to work, to grind. We don't take any times lightly." 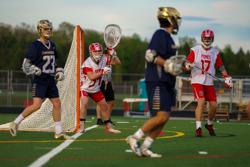 Gallery will be uploaded after the game.

Stillwater has won nearly every game this season by at least seven goals, and the result in Thursday's home matchup with Chanhassen was no different.

Ty Thureson, Cody Burger and Joe Stengl each scored four goals as the Ponies powered past the Storm for a 21-9 victory.

A 9-6 game at halftime turned into a rout as Stillwater pulled away in the second half, outscoring Chanhassen by nine goals to keep its record perfect on the year.

Already leading 13-8 after three quarters, Stillwater (11-0, 7-0), ranked No. 2 in the coaches’ poll released May 14, sealed the victory with eight goals in the final 12 minutes, and Gunner Arens made six saves in the game for the Ponies. 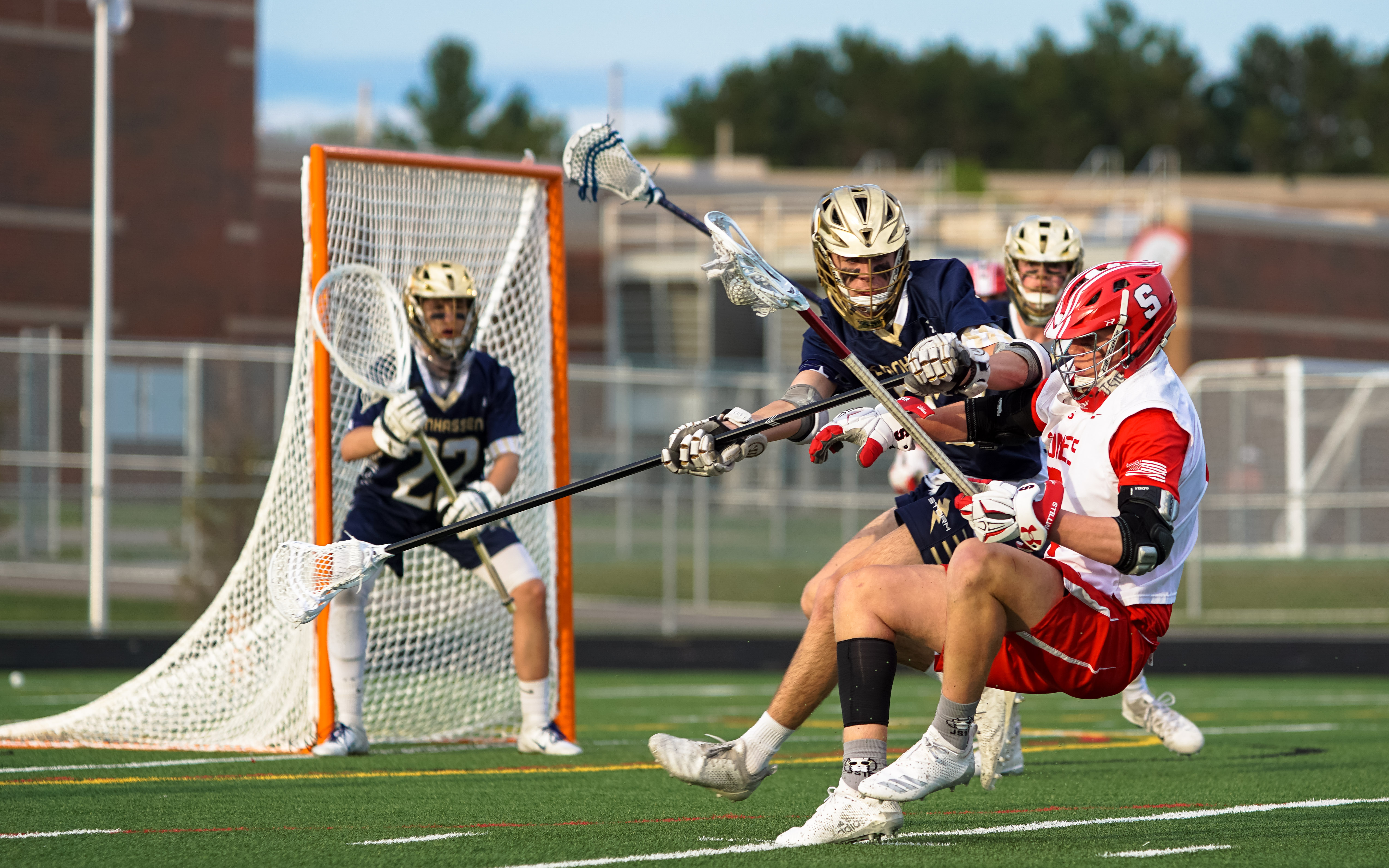 A Stillwater player battles a Chanhassen defender during play May 16. Photo by Korey McDermott, SportsEngine