The Ponies defeated Hill-Murray 13-8 to win the Section 4 title. 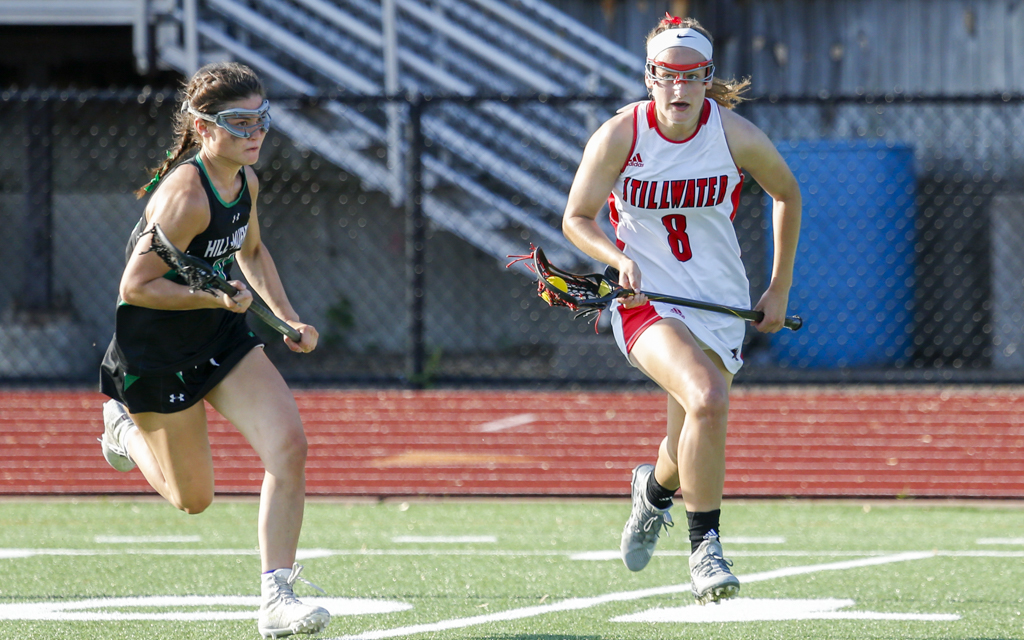 Stillwater's Meredith Parry rushes toward the Hill-Murray goal during the second half of the Section 4 final Wednesday night. Parry had five goals in the Ponies’ 13-8 victory over the Pioneers. Photo by Jeff Lawler, SportsEngine

Whether scoring late in the first half or clamping down on defense in the second half, Stillwater never allowed the girls’ lacrosse Section 4 finals to elude its grasp.

“We knew this was going to be a really tough game,” Stillwater junior forward Meredith Parry said. “Hill-Murray was an amazing team and we’re so glad to have that type of game going into the state tournament.”

Parry scored with 1.4 seconds remaining in the first half to build a 10-4 lead. But a persistent Pioneers team responded. Lorelai VanGuilder scored twice as Hill-Murray netted three consecutive goals out of the break.

Stillwater (13-3) won its previous two section playoff games by an average of 13 goals. But Hill-Murray (13-3) wouldn’t let the Ponies’ pull away. The underdog Pioneers forced Stillwater to rush passes and limited the Ponies’ transition game.

“Hill-Murray had the momentum for quite a while in the second half but our kids were able to fight back,” Stillwater coach Rick Reidt said.

Defense led the way. The Ponies held the Pioneers without a goal for the final 17 minutes and 36 seconds. Meanwhile, Parry and Annie McGuire each scored their fifth goals of the game.

Turning their focus to next week’s state tournament, Stillwater looks to win its first quarterfinal game since 2016. 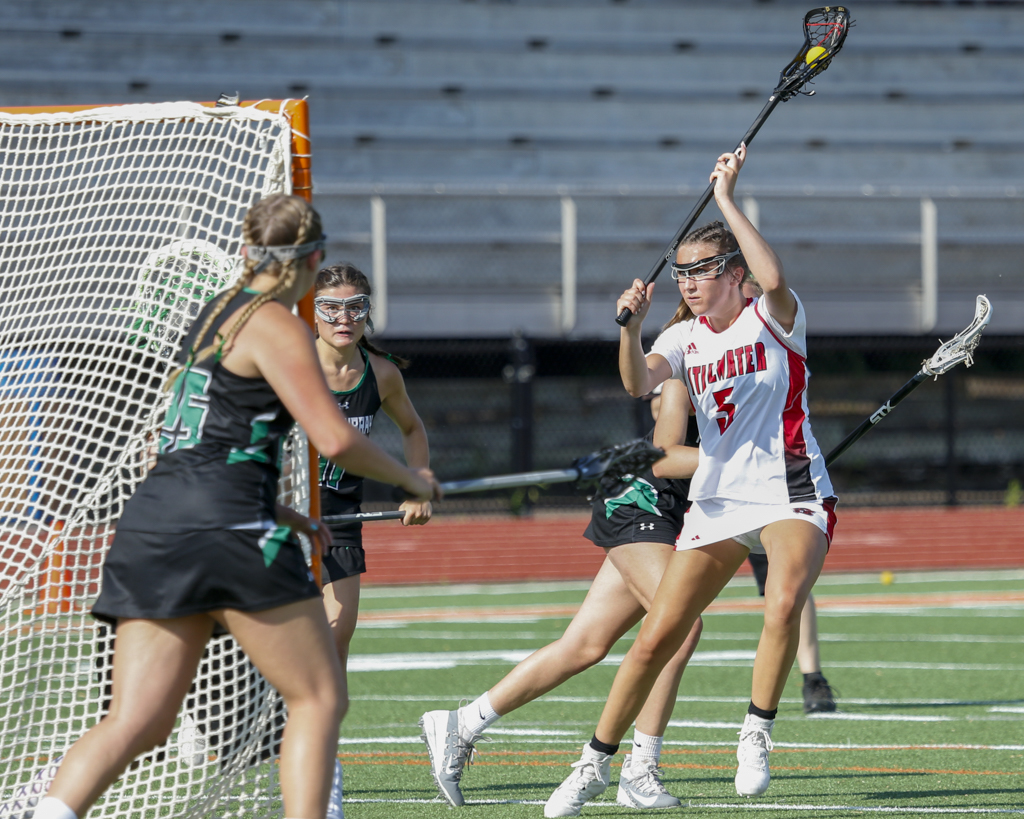 Stillwater's Annie McGuire fires a shot on goal against Hill-Murray Wednesday night. McGuire scored five goals for the Ponies in their 13-8 victory over the Pioneers. Photo by Jeff Lawler, SportsEngine 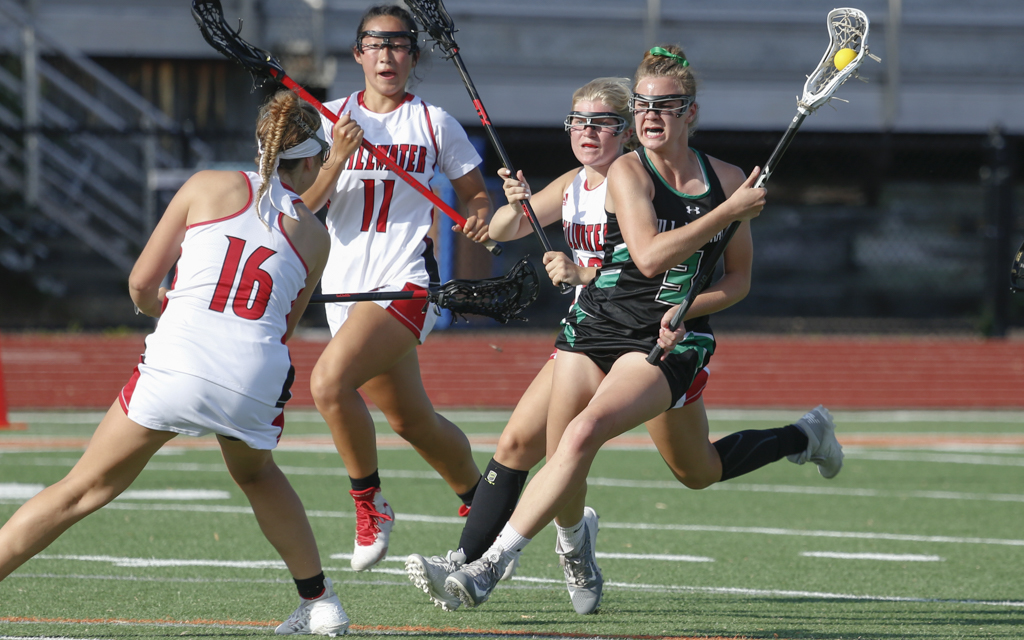 Hill-Murray's Lorelai VanGuilder tries to break through the Stillwater defense during the Section 4 championship Wednesday night. VanGuilder had four goals in the Pioneers’ 13-8 loss to the Ponies. Photo by Jeff Lawler, SportsEngine