Eden Prairie players headline this year's list with six all-state first team selections, including Kacie Riggs, who was named Player of the Year. 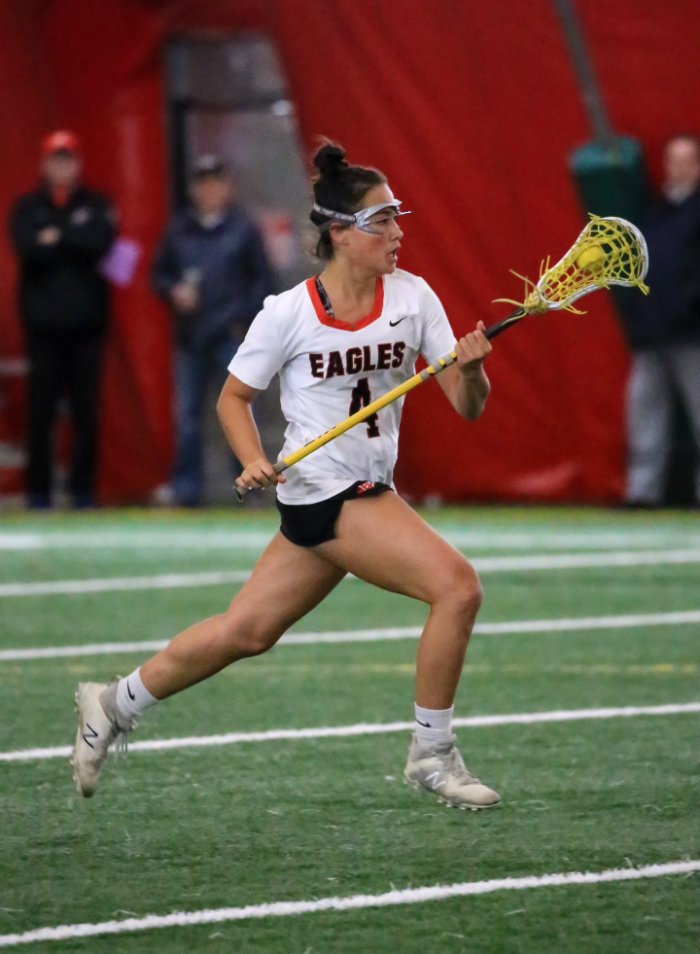 It’s that time of the season. It’s getting warmer, section playoffs have wrapped, the state tournament is upon us and now awards are being handed out.

Earlier this week, the Minnesota Girls Lacrosse Coaches Association recognized some of the state’s top players, choosing its Player of the Year and unveiling its all-state lists.

Eden Prairie midfielder Kacie Riggs was selected Player of the Year and leads a group of six Eagles who made the all-state first team.

Riggs, a senior, had 29 goals and 13 assists in the regular season, and helped guide Eden Prairie through the Section 2 tournament, where the Eagles finished off Chanhassen 14-9 on Wednesday to advance to the state tournament, which they’ve been a permanent fixture of since the sport was sanctioned by the Minnesota State High School League.

The other Eagles who made the all-state first team are: attacker Brooke Lewis, midfielders Maggie Brown and CJ Froemming, goalie Emilie Bloyer, and Reese Hugdahl, who plays defense. Attacker Abby Johnson was the Eagles’ lone representative named to the second team.

Prior Lake, which won the Section 6 tournament with a 12-10 victory over Edina on Thursday, is the only other school to have multiple players make the first team, with midfielder Josie Kropp and defender Kelsey Viger being honored.

Scroll through the tables below to see who made the first team, second team, and honorable mention list.