All of this week's action will be held at Chanhassen and Minnetonka High Schools. Here's the schedule and a look ahead: 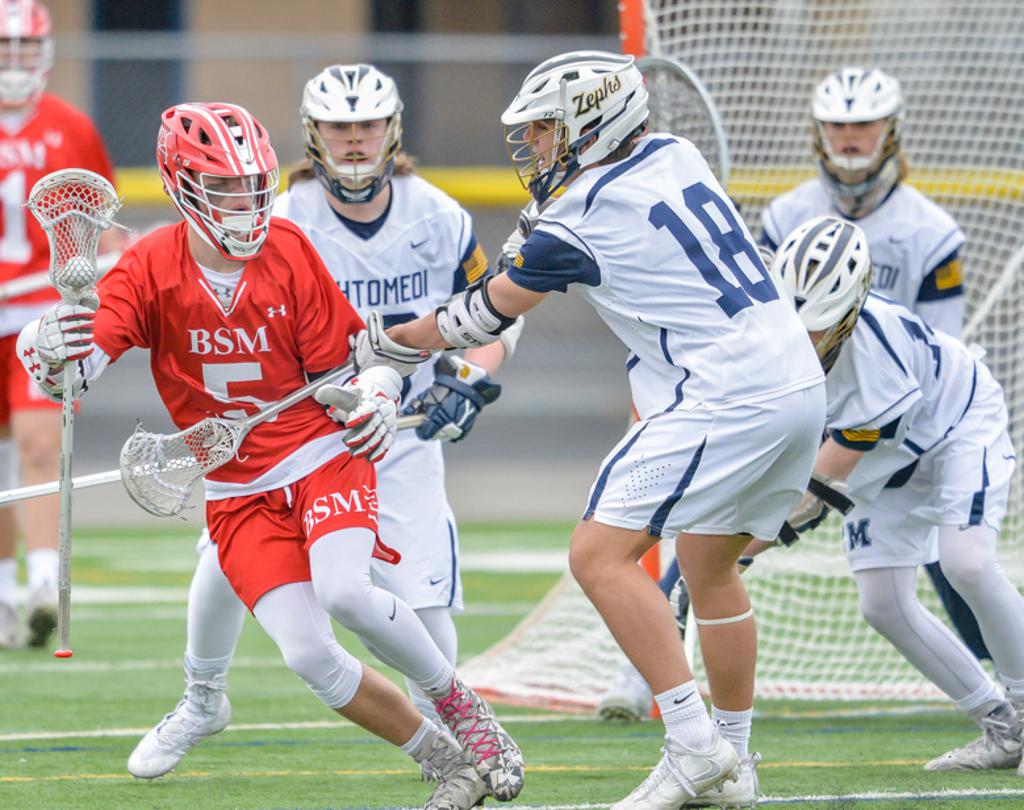 Benilde-St. Margaret’s Matt Dowden (5) scrambled through traffic in a victory over Mahtomedi in April. The Red Knights enter the state tournament unbeaten.

For the second consecutive year, Benilde-St. Margaret’s enters the state tournament undefeated. But the Red Knights are currently unfulfilled, having lost the 2018 title game to Prior Lake. They are 3-0 against teams in the field, including a 4-3 overtime victory against Prior Lake, the No. 2 tournament seed.

St. Thomas Academy upset No. 8 East Ridge for the Section 3 title and earned its first state tournament berth. The fifth-seeded Cadets face a quarterfinal rematch with No. 4 seed Mahtomedi. They defeated the Zephyrs 10-7 on April 23.

Eden Prairie didn’t exactly lay an egg in a 11-10 title game loss to Apple Valley last June. But the hard feelings lingered. “We learned we can never take anything for granted,” senior midfielder Kacie Riggs said. The top-ranked Eagles (15-1) fought to the end of a tough 10-8 victory against Prior Lake on May 20. A rematch is possible Saturday. The Lakers (15-1) hold the No. 2 seed and are likewise tested. They edged Edina 12-10 in the Section 6 final.

Five of the seven Ms. Lacrosse finalists are still playing: Breck’s Eloise Cherian, Prior Lake’s Kelsey Viger and Eden Prairie’s CJ Froemming, Brooke Lewis and Riggs. Emilie Bloyer of Eden Prairie and Prior Lake’s Grace Mattox are finalists for the Jake Anderson Award, given to the state’s top senior goaltender.