Olivia Mattis and Chloe Fisher each scored five goals for the Panthers in an 18-15 victory. 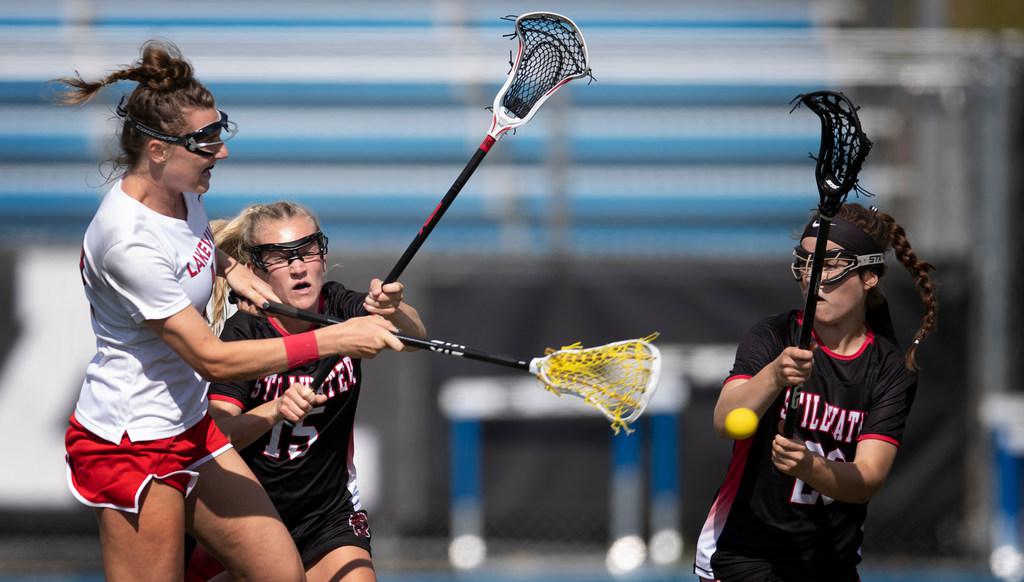 When Lakeville North coach Laura Childs saw that the Panthers had drawn Stillwater as its quarterfinal opponent, she smiled. Stillwater had come out on top when the teams had met in April, but it was a matchup Childs wanted.

“They were our first game of the season and we were working on new things offensively,” Childs said. “I knew that if we got the chance again, it could be a very different game. When we drew them, I was very excited. We wanted redemption.”

The Lakeville North offense looked much more polished this time around in an 18-15 victory on Tuesday at Minnetonka High School. Junior attacker Olivia Mattis and Chloe Fisher each scored five goals for the Panthers, and Mattis added four assists.

“Definitely a lot of emotions coming in,” Mattis said. “We’d lost to them before, so we were hungry for a big game today.”

Lakeville North (13-4) led for most of the game, but Stillwater’s quick-strike offense never let the Panthers get too far ahead. Lakeville North built a five-goal lead, 12-7, early in the second half. Stillwater rallied and tied the game 15-15 at 17:14 of the half.

“That was crazy,” Mattis said. “My heart never stopped beating.”

Then Fisher and Mattis combined to give Lakeville North the lead for good. Fisher scored on a feed from Mattis two minutes later to take a 16-15 lead. Mattis added an insurance goal on when she snuck a low shot just inside the goalpost to bump the lead to 17-15. Fisher scored again with one second left for the final margin.

“Whenever we got the ball, we were making sure we were calmed down and we were taking the right shot,” Mattis said. “That was big.”

The work of Mattis and Fisher more than made up for Lakeville North defensive lapses. The 15 goals scored by Stillwater was the second-most the Panthers had given up this season, which didn’t go unnoticed.

“Our defense made some really dumb choices,” Childs said. “But we knew we would figure it out eventually. We’ve been working on it.”

Olivia Mattis and Chloe Fisher scored 5 goals each for the Panthers (13-4).