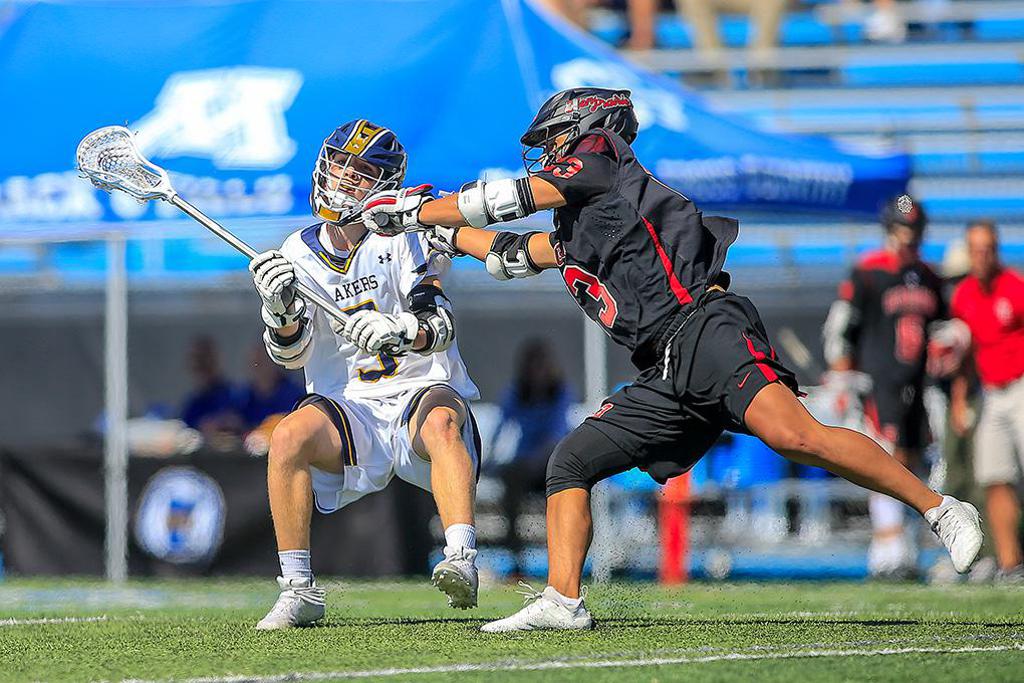 In a game with a margin for error so thin it could slip through the woven pocket of a lacrosse stick, Prior Lake’s 4-3 state tournament semifinal victory against Eden Prairie turned early in the second half Thursday. 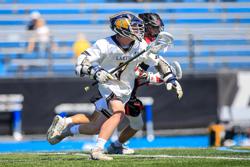 Officials disallowed an apparent goal by No. 3 seed Eden Prairie (14-4) on a crease violation, keeping the Eagles’ lead at 2-1.

No. 2 seed Prior Lake (15-3) pounced with three consecutive goals in a little more than three minutes, two from Riley Bachinski and one from Conor Miller – all on Luke Bloedow assists.

“That was huge because our defense wasn’t letting anything up, really,” Bloedow said. “They were running a zone and we when were able to get things going before they set up, we got open looks.”

The Lakers’ 4-2 lead drew concerns on the Eagles’ portion of the sideline at Minnetonka High School.

“That was a tough swing to have there,” Eden Prairie coach Ryan Ward said. “Both teams have tough defenses and it was one of those games where they got a few more bounces.”

Defending state champion Prior Lake struck first on a Bachinski goal. Then Eden Prairie, seeking its first state tournament title-game appearance since winning the 2014 championship, answered with goals from Collin Penn and Will Foster.

Penn scored again with 27 seconds left but Prior Lake prevented the equalizer.

With the victory, No. 2 seed Prior Lake (15-3) advances to the championship game scheduled for 6 p.m. Saturday at Chanhassen High School.

No. 3 seed Eden Prairie (14-4) led 2-1 at halftime, then appeared to score again in the third quarter. The goal was waved off due to a crease violation.

Then Prior Lake got on track, scoring three consecutive goals in a little more than three minutes. Two were from Riley Bachinski and one from Conor Miller, with Luke Bloedow assisting on all of them.

Defending champion Prior Lake is seeking its third title in four seasons. 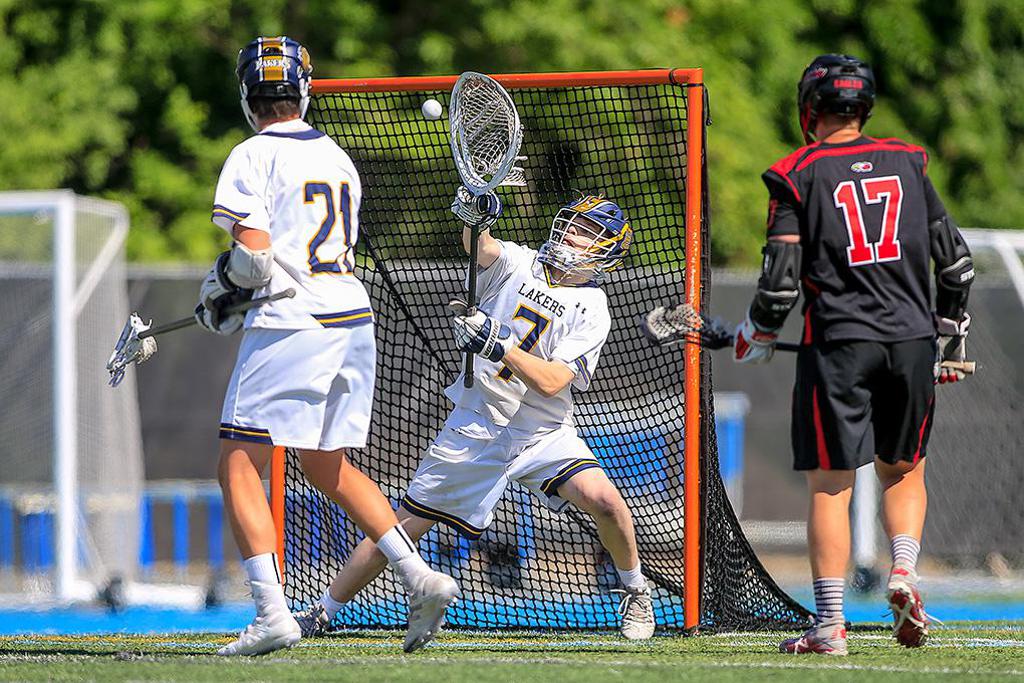 Prior Lake goaltender Colin Nauertz made a second-half save during the Lakers’ 4-3 victory over Eden Prairie. Photo by Mark Hvidsten, SportsEngine