Prior Lake boys make it two in a row, and two for the day

A few hours after the school's girls' team won a state title, the boys' team, led by goalie Colin Nauertz, defended theirs by knocking off previously unbeaten Benilde-St. Margaret's. 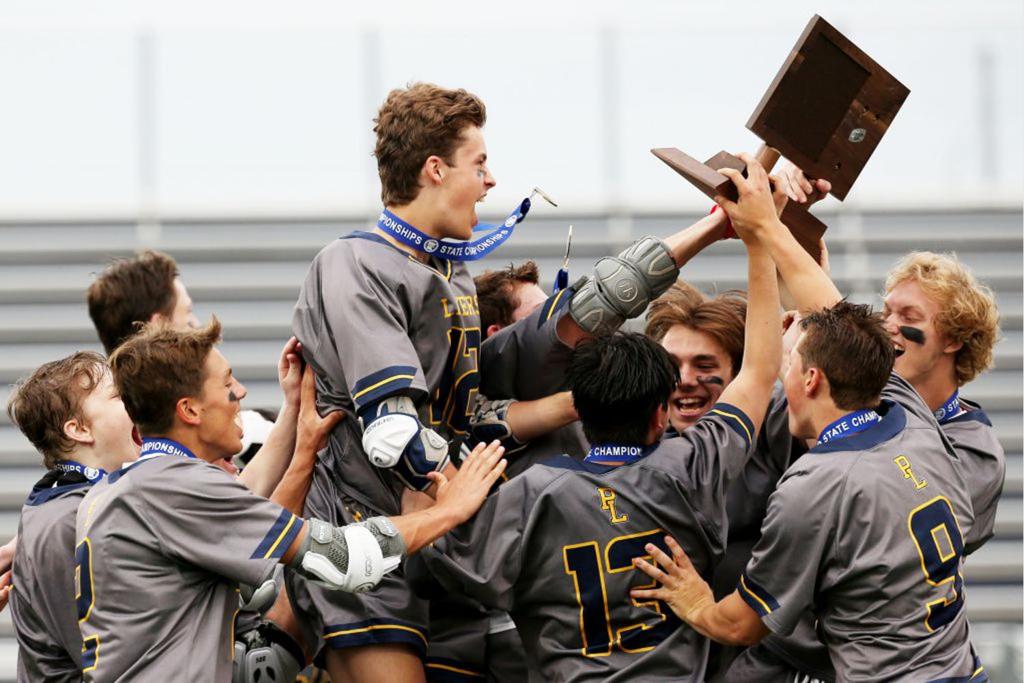 Prior Lake junior goalie Colin Nauertz inadvertently closed the door on his left middle finger leaving the house Saturday morning. Blood covered the ice he applied to numb the pain.

For the second consecutive year, the No. 2-seeded Lakers (16-3) got the better of the previously undefeated No. 1 Red Knights (18-1) at Chanhassen High School. Whatever Benilde-St. Margaret’s shots missed the net seemed to hit Nauretz, who made 10 saves on 13 shots on goal.

“I was really trying to hype myself up all day,” Nauretz said. “I just said, ‘Today’s the day to have a day,’ and I had a day.”

He wasn’t alone. Much of Prior Lake’s success depended on the ability of senior faceoff specialist Joey Barnard to stay with the Red Knights’ outstanding Jack Budniewski.

Budniewski, a junior, has verbally committed to play Division I lacrosse at Holy Cross. Saturday marked the end of Barnard’s lacrosse career. But he drew confidence from his training and quickness, and sought to win 70 percent of his faceoffs. He settled for winning five of 11.

“Jack is an excellent faceoff specialist and it was a pleasure to go against him,” Barnard said. “It was all about being in the moment and taking it one draw at a time.”

The two did not meet when Benilde-St. Margaret’s defeated Prior Lake 4-3 in overtime on May 4. A concussion sidelined Barnard for three weeks this season.

“It means the absolute world to me to know that I was able to come back and help my team win a championship,” Barnard said.

Five different Lakers scored as they led 2-0 after the first quarter and 3-1 at halftime.

They added the eventual game-winning goal on a play highlighting their potent play at both ends. Will Gilbert knocked the ball free from a Red Knights’ player, made a run and fired a 15-yard pass to the stick of Jack Smith, who put a close-range shot high into the net.

“Our offense has grown and gotten a lot better, and that was the difference from the first game against them,” Nauertz said.

Benilde-St. Margaret’s cut its deficit to 5-3 in the fourth quarter and Nauertz braced for the worst.

“Two minutes left I was like, ‘They’re going to make a run,’ ” Nauertz said. “But we really put on the clamps on defense.”

For Benilde-St. Margaret’s players, a painful ending to another almost undefeated season was tough to take.

“It doesn’t get any easier,” junior defender Seamus Foley said. “Just wanting it so bad and not reaching that final goal is not great at all. The worst part is seeing all the seniors with tears in their eyes and not being able to send them out on a good note.” 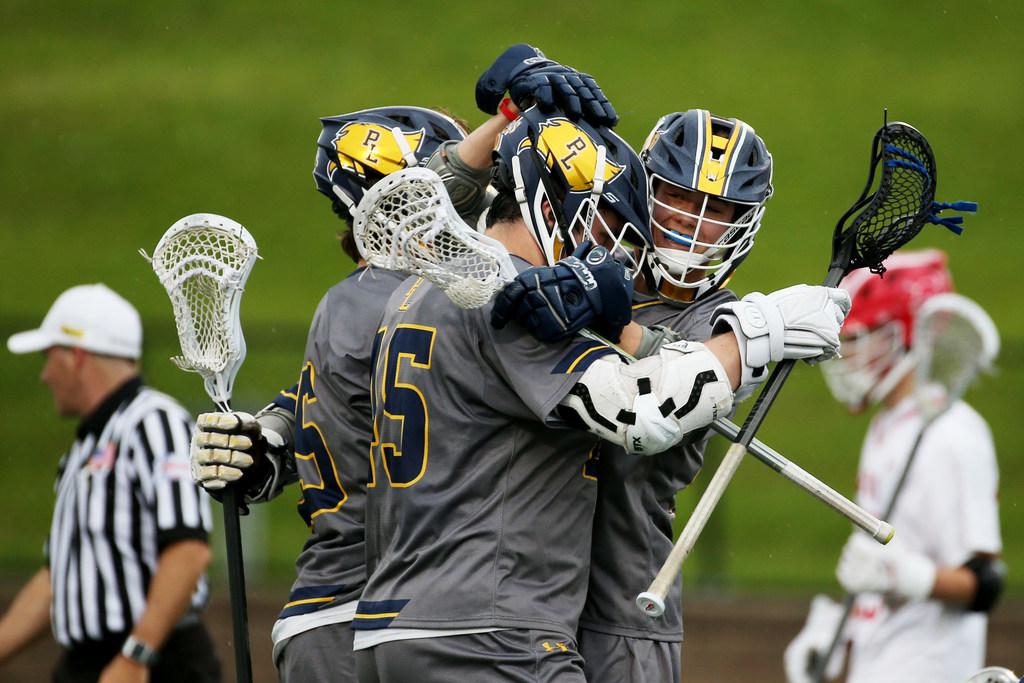 Prior Lake attacker Riley Bachinski (45) gets congratulated by teammates after scoring a goal in the first quarter against Benilde-St. Margaret's. Photo: NICOLE NERI • nicole.neri@startribune.com

A strong showing at the faceoff X and stingy goaltending led Prior Lake to a 5-3 victory against previously undefeated Benilde-St. Margaret’s and a second consecutive boys’ state championship.

Prior Lake faceoff specialist Joey Barnard held his own against the outstanding Jack Budniewski of Benilde-St. Margaret’s. Barnard won five of 11 faceoffs.

Prior Lake led 2-0 after the first quarter and led 3-1 at halftime. For the game, five different Lakers scored.

Benilde-St. Margaret’s defeated Prior Lake 4-3 in overtime on May 4.