See which players were honored from the eight-team tourney. 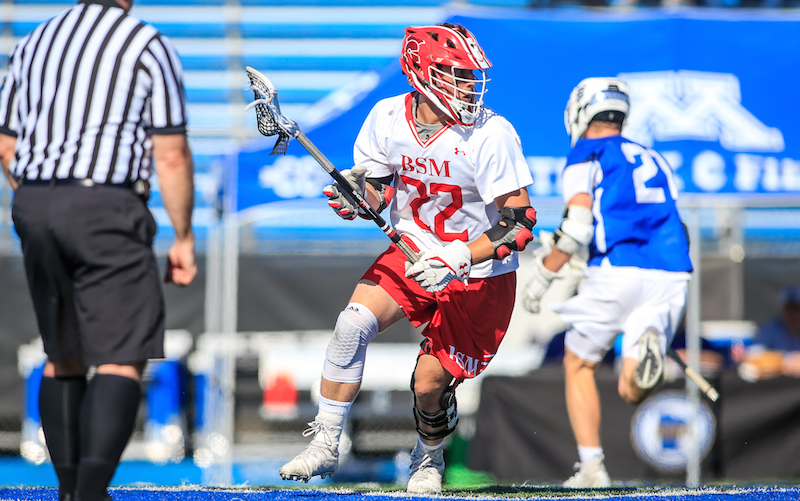 Benilde-St. Margaret's junior attackman Jack VanOverbeke tallied a state-tournament best 10 points (seven goals and three assists) in three games played, including one in the state championship game on June 15, when the Red Knights fell to the Lakers 5-3 in Chanhassen. VanOverbeke's teammate, Jack Budniewski, won 29 of 40 (72.5%) faceoffs, enough for second-best percentage in the tournament behind Mahtomedi's Colin Hagstrom, who won 17 of 22 (77.3%).

Luke Williams, a senior attackman for St. Thomas Academy, tied VanOverbeke for most goals scored with seven — half of the Cadets' 14 total tourney goals scored.

Colin Nauertz, the only goalie selected to the all-tournament team, helped lead Prior Lake to its second straight title by saving 23 of 33 shots he faced, including 10 of the 13 Red Knights' shots he saw in the title game. Nauertz's .697 save percentage was a state tournament-best, and his 3.33 goals-against average topped all goalies who clocked at least 48 minutes.

See all the all-tournament selections below.

The all-tourney team, presented by the Minnesota State High School League and Wells Fargo, was assembled by a panel of coaches who attended the state tournament.