The list of honorees showcases the best of the tourney's best. 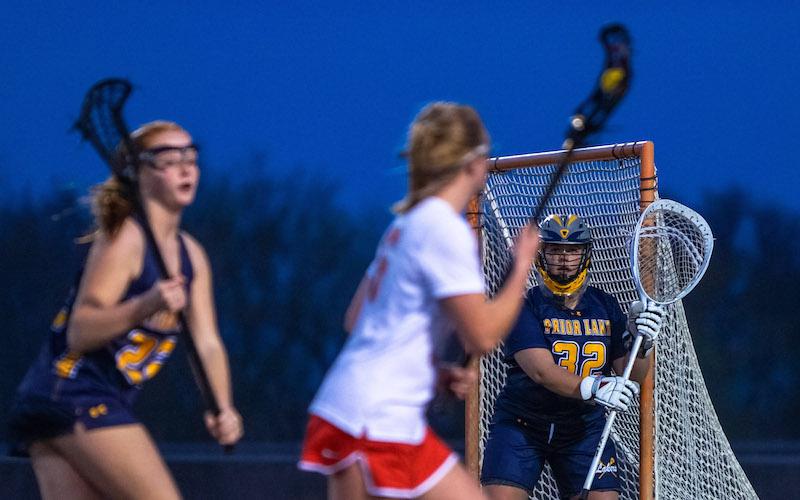 Grace Mattox was the lone goalie named to the 2019 girls' all-tournament team after posting a perfect 3-0 record, along with a .462 save percentage en route to a Prior Lake state title. Photo by Korey McDermott, SportsEngine

Eden Prairie came into the state championship game with a powerful offense — one that scored 33 goals in the first two rounds — but the Eagles were met by an equally productive Prior Lake team that was backed by a goalie who made big stops when the Lakers needed them the most.

Combined, the runner-up Eagles and the state champion Lakers boast seven of the 12 players named to the 2019 all-tournament team.

Prior Lake senior goalie Grace Mattox made seven of her 18 tournament saves in the title game, helping lead the Lakers to a 17-12 win last Saturday. Mattox posted a tournament-best .462 save percentage for goaltenders who played at least 50 minutes. Mattox's 7.00 goals-allowed average led all state tournament starters.

Eden Prairie's offensive punch was led by senior attacker Brooke Lewis, who led all state tournament runners in points (20) and goals (16). Lewis also won 21 of her 37 faceoffs, a 56.8 win percentage.

The Eagles also relied on senior midfielder Kacie Riggs, who won 24 of her 33 faceoffs (72.7%), and junior Maggie Brown (8-3-11), who scored three goals in the state championship game.

Stillwater's Annie McGuire, a sophomore midfielder, made the all-tournament team after scoring five goals in a single contest — a 18-15 loss to Lakeville North on June 11 — and her 5.00 goals per games played was bested only by Eden Prairie's Lewis.

See the entire 2019 all-tournament team below.

The all-tourney team, presented by the Minnesota State High School League and Wells Fargo, was assembled by a panel of coaches who attended the state tournament.