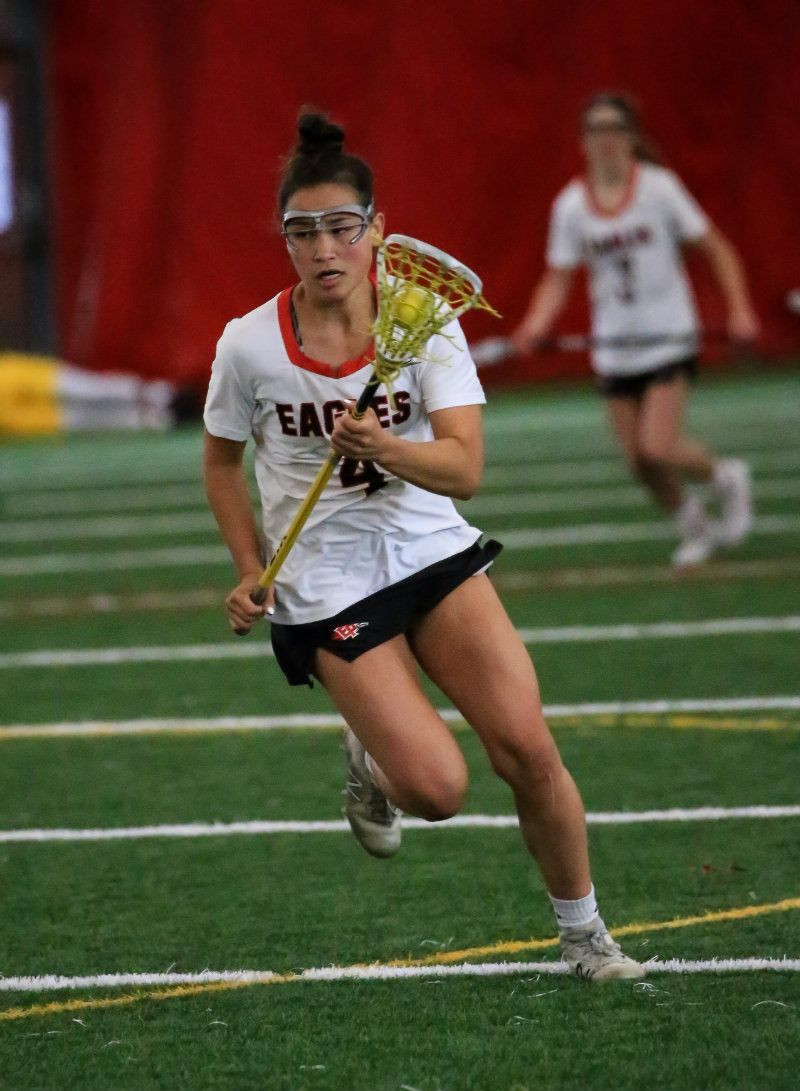 Eden Prairie midfielder Kacie Riggs didn’t win a state championship this season but she did claim 2019 Ms. Lacrosse honors on June 16. Given by the Minnesota Minute Men, the award is presented to the state’s top senior player in girls’ lacrosse at the end of each season.

Riggs, an All-American who is also this year’s Star Tribune Metro Player of the Year in girls’ lacrosse, is regarded as a highly skilled two-way player. She helped guide the Eagles to the state championship game, where they lost 17-12 to Prior Lake on June 15.

Committed to the University of California-Berkeley, Riggs finished the season with 37 goals and 18 assists. She recorded seven points in the state tournament (four goals and three assists).

The winner of the Ms. Lacrosse and the Jake Anderson Ms. Goalie awards is determined at the end of each season by a panel of lacrosse experts, consisting of Minnesota State High School League and NCAA coaches, scouts, referees and members of the media. The recipients are announced at a banquet after the season ends.

In addition to Riggs, the finalists for this year’s Ms. Lacrosse Award were: Kelsey Viger of Prior Lake; Minnie Bittel of Minnetonka; Shea Kerry of Chanhassen; Eloise Cherian of Breck; and Brooke Lewis and CJ Froemming of Eden Prairie.

Reagan Roelofs, who went to Apple Valley and now attends the Naval Academy, was 2018 Ms. Lacrosse. 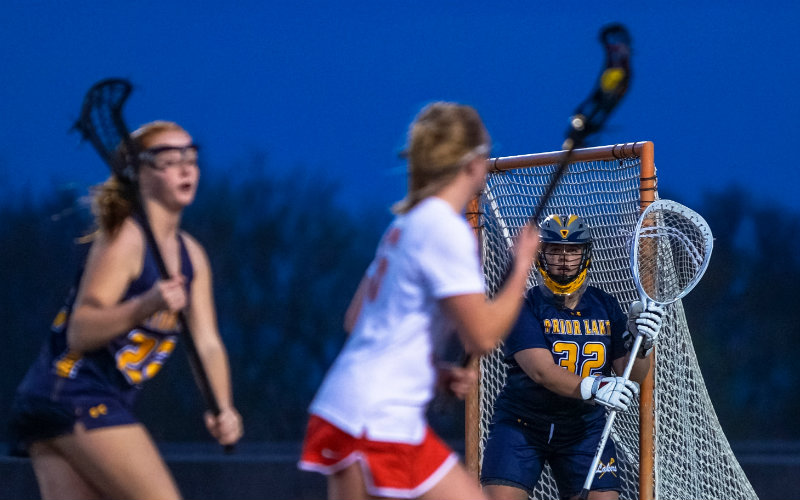 Grace Mattox of Prior Lake was announced as the 2019 Jake Anderson Ms. Goalie Award recipient by the Minnesota Minute Men at a banquet on June 16. The award is presented to the state’s top senior goalie in girls’ lacrosse at the end of the season.

In the state tournament, Mattox fought off some tough competition, stopping 18 of the 39 shots she faced. She’ll continue her lacrosse career at the University of Indianapolis next year.

The other finalist for this year’s Jake Anderson Ms. Goalie Award was Eden Prairie’s Emilie Bloyer.