The Lakers’ deep offensive attack proved lethal with a 12-goal first half, including four goals from senior midfielder Payton Bloedow. 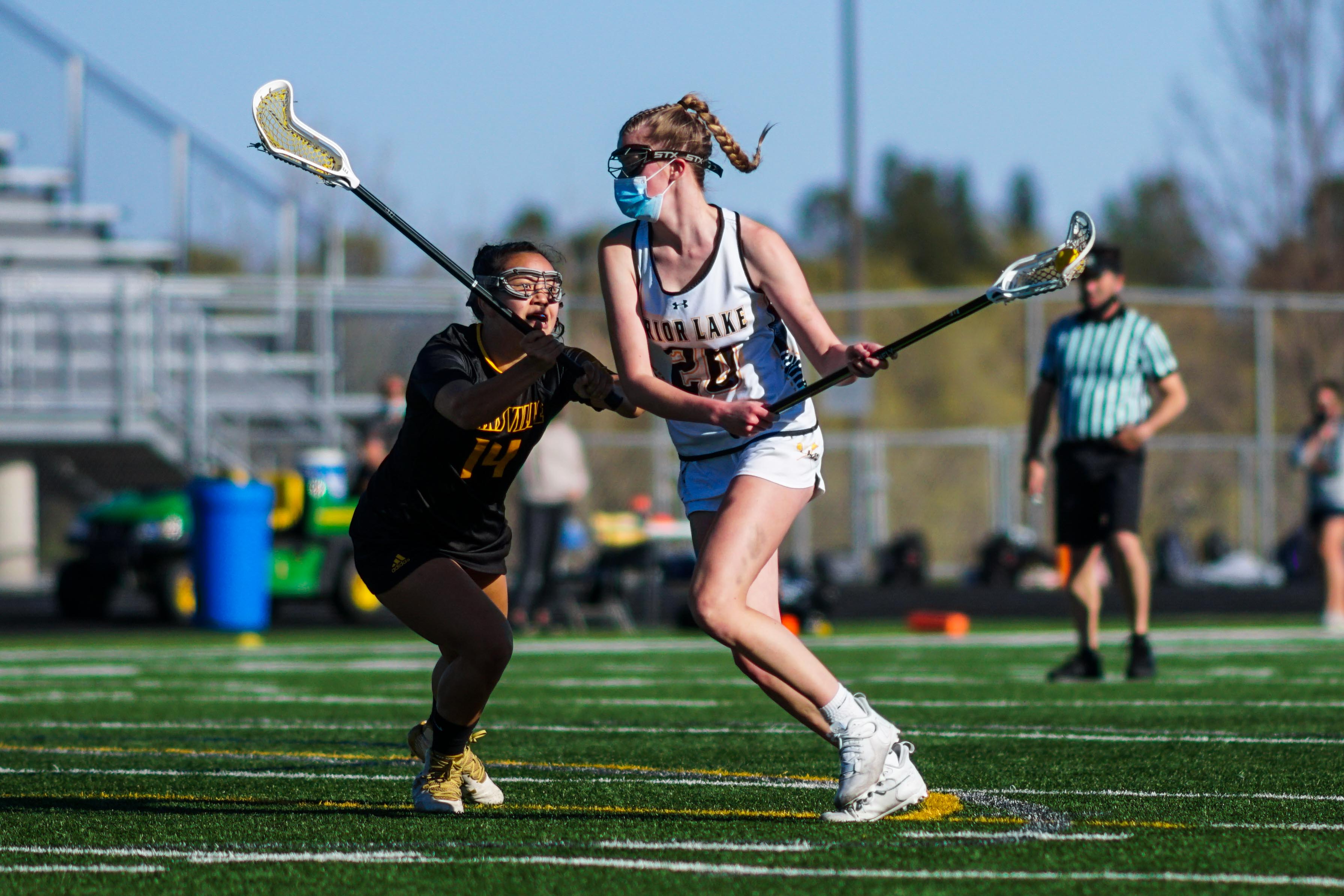 Prior Lake’s Payton Bloedow got the experience of leading a team through the preseason as a captain a year ago. Unfortunately for Bloedow, she didn’t get the chance to hit the field in that role due to the season being canceled to help curb the spread of COVID-19.

As a senior captain this spring, Bloedow not only led her team in preseason preparation but she’s now getting a chance to lead on the field. It’s so far been a rousing success for Bloedow and the Lakers. On Thursday, Prior Lake extended its winning streak to five games with a 16-3 blowout of South Suburban Conference rival Apple Valley/Burnsville (4-3, 2-2).

In her last full season of lacrosse, Bloedow was just a sophomore on the 2019 state champion Laker team. But she was certainly a force, finishing the year with 51 goals, including six in the state championship win against Eden Prairie.

That performance was good enough to earn a captain’s spot in 2020 and again in 2021 for Prior Lake (5-1, 4-0). For herself and the other team leaders, they had the task of getting a group ready after not playing for nearly two years.

“We played a lot together in the offseason,” Bloedow said. “We tried to build off previous years while also mixing in the new girls. I leaned on some older players who graduated and coaches to help me.” 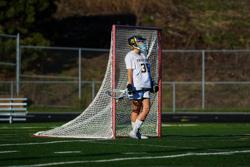 That offseason preparation appears to have already paid dividends for the Lakers, ranked No. 2 in the coaches’ poll. After a season-opening 10-8 loss to top-ranked Edina, Prior Lake has gone unbeaten since picking up a 9-6 win against No. 5 Blake and now Thursday’s defeat of the Valley Blaze, a team that came into this game in second place in the South Suburban standings.

“I put a lot of our success on our leaders,” said Prior Lake coach Heather Pierson. “They’re one big family. They want to play for each other.”

A lot of that winning can be attributed to a lethal Prior Lake offense. Bloedow is one of many scoring threats for the Lakers when they go on the offensive.

“A huge part of our game is that if you shut down one of our players, we have six other players who can score,” Pierson said. “We’ve always pushed for every girl to be able to shoot the ball. It’s that sense of confidence when they’re on attack.”

Bloedow, in particular, stands out with her previous success and what she’s done this season. While the Lakers are oftentimes patient and willing to share the ball on offense, there are times when Bloedow takes matters into her own hands and uses her speed to blow past opponents and score.

“Usually I play angry,” Bloedow said. “I feel when it’s time to turn it on and take this. I feel out what the defense is giving to me.”

Thursday’s 14-goal victory is the third such instance this season where the Lakers have won by more than 10 goals, but those lopsided margins haven’t caused Prior Lake to lose focus.

“Our players take ownership of finding someone else who hasn’t scored to get them going,” Pierson said. “It’s all about game building and climbing the mountain this year. The state championship is the top of the mountain.”

That next step for the Lakers looks to be on Saturday when they go up against Chanhassen. Though Prior Lake has the standing of being the defending state champion, the No. 4 Storm appear ready to challenge what the Lakers could throw at them. 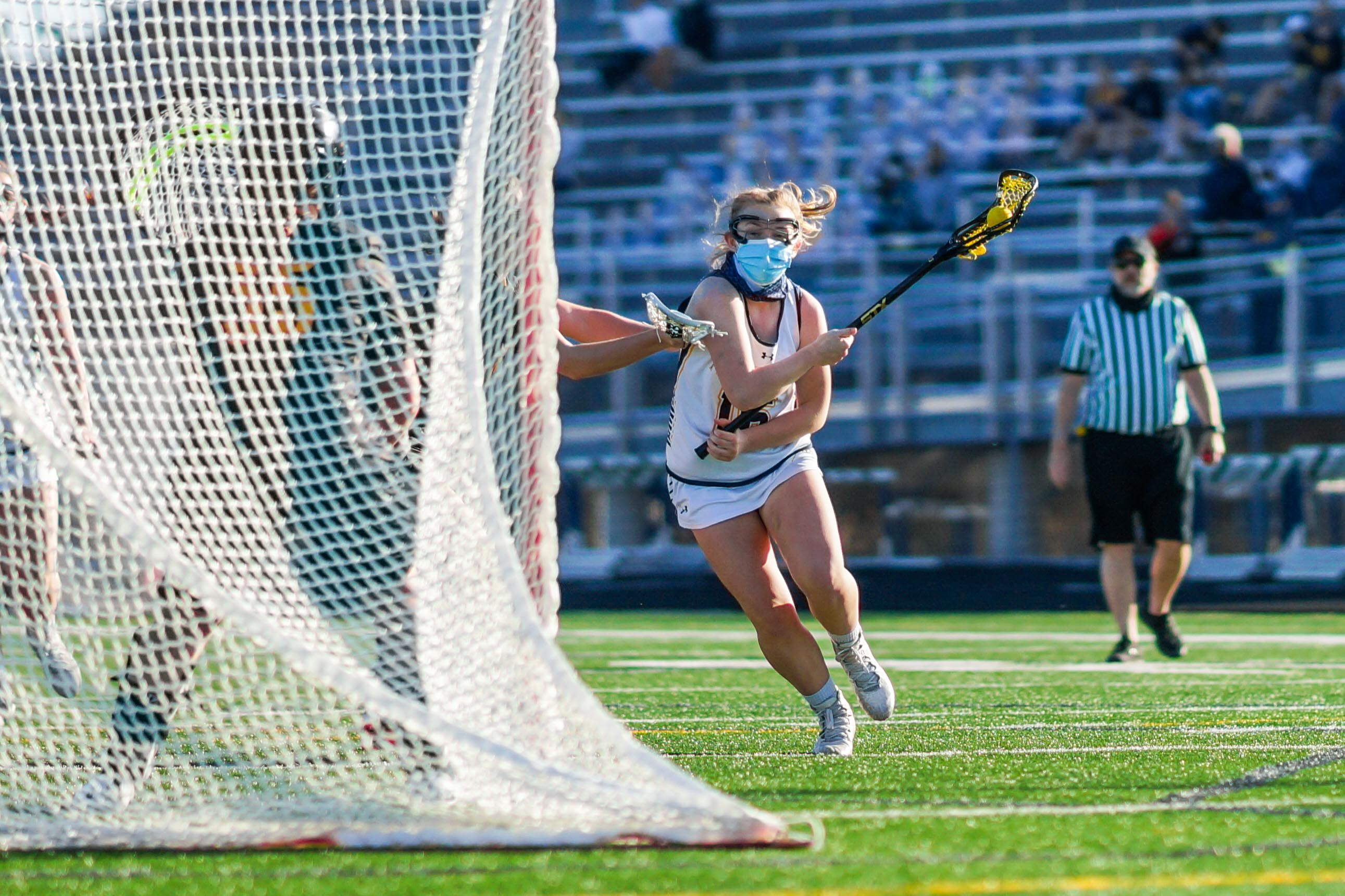 In a battle of the top two teams in the South Suburban Conference standings, Prior Lake established itself as the league’s top team in a big way Thursday. The Lakers took a 12-1 lead into halftime and kept their opponent at bay in a 16-3 win at Prior Lake High School.

The Lakers (5-1, 4-0) had eight different players register goals in the win, including four players with multiple goals. Senior midfielder Payton Bloedow and junior attacker Ava Schiltz each had a team-high four goals. All of Bloedow’s tallies came in the first half.

Prior Lake, ranked No. 2 in the coaches’ poll, produced offensively at a similar rate to its season average. Coming into this game, the Lakers averaged 16 goals per game.

The same could not be said for Apple Valley/Burnsville (4-3, 2-2), which came into Thursday’s matchup having scored at least eight goals in every game this season but the Valley Blaze managed just three goals against the Lakers.

Part of the staunch defense for Prior Lake came thanks to senior goaltender Jordan Gardner who made four saves in the win. Her goaltending counterpart, sophomore Olivia Tilbury, registered five saves in a losing effort. 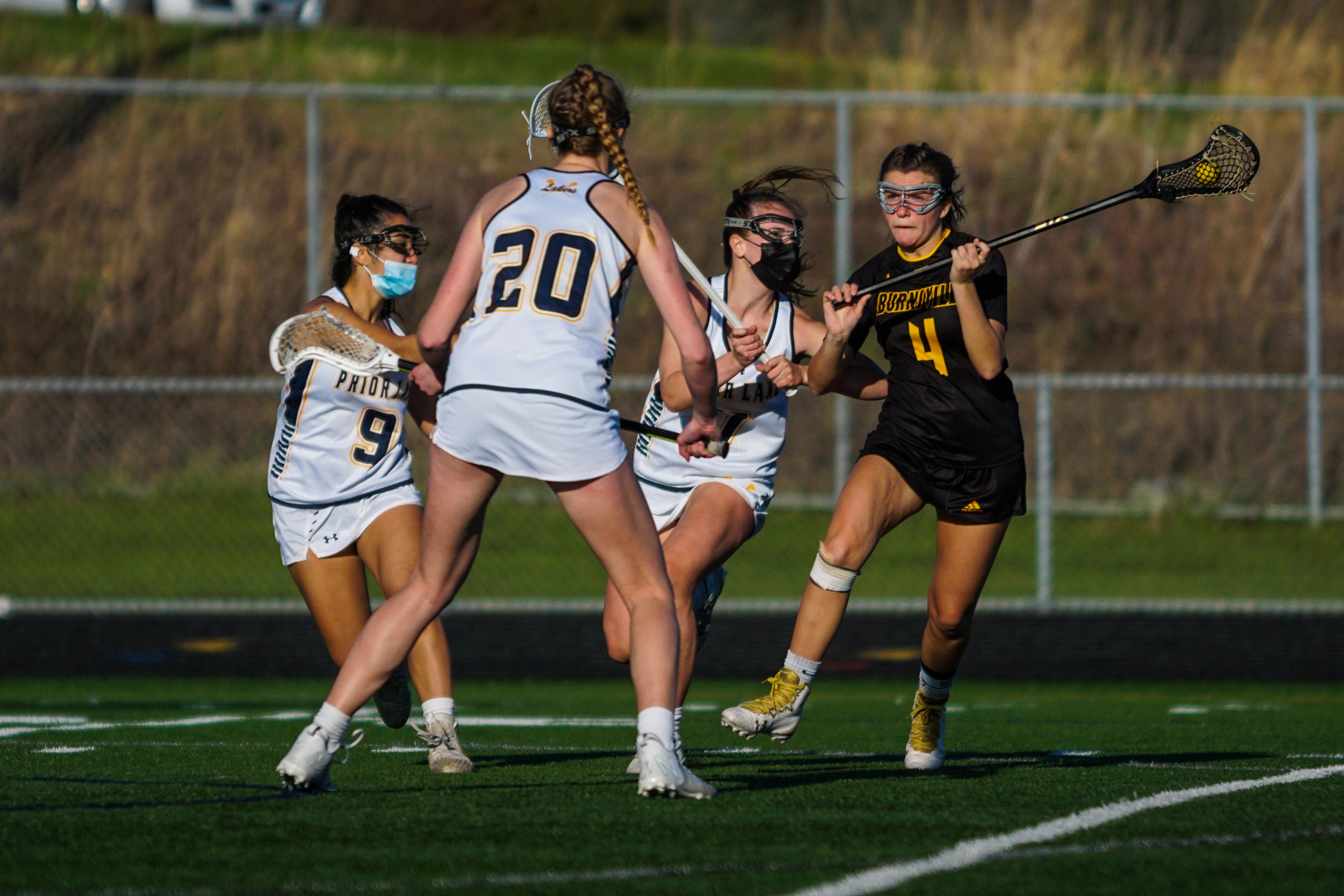 Apple Valley/Burnsville's Taiva Reinertson (4) is swarmed by Prior Lake defenders during a matchup Thursday. Reinertson had two of her team's goals in a 16-3 loss to Prior Lake. Photo by Korey McDermott, SportsEngine