The Ponies' Aidan Anderson scored three times, including the game-winner in the fourth quarter. 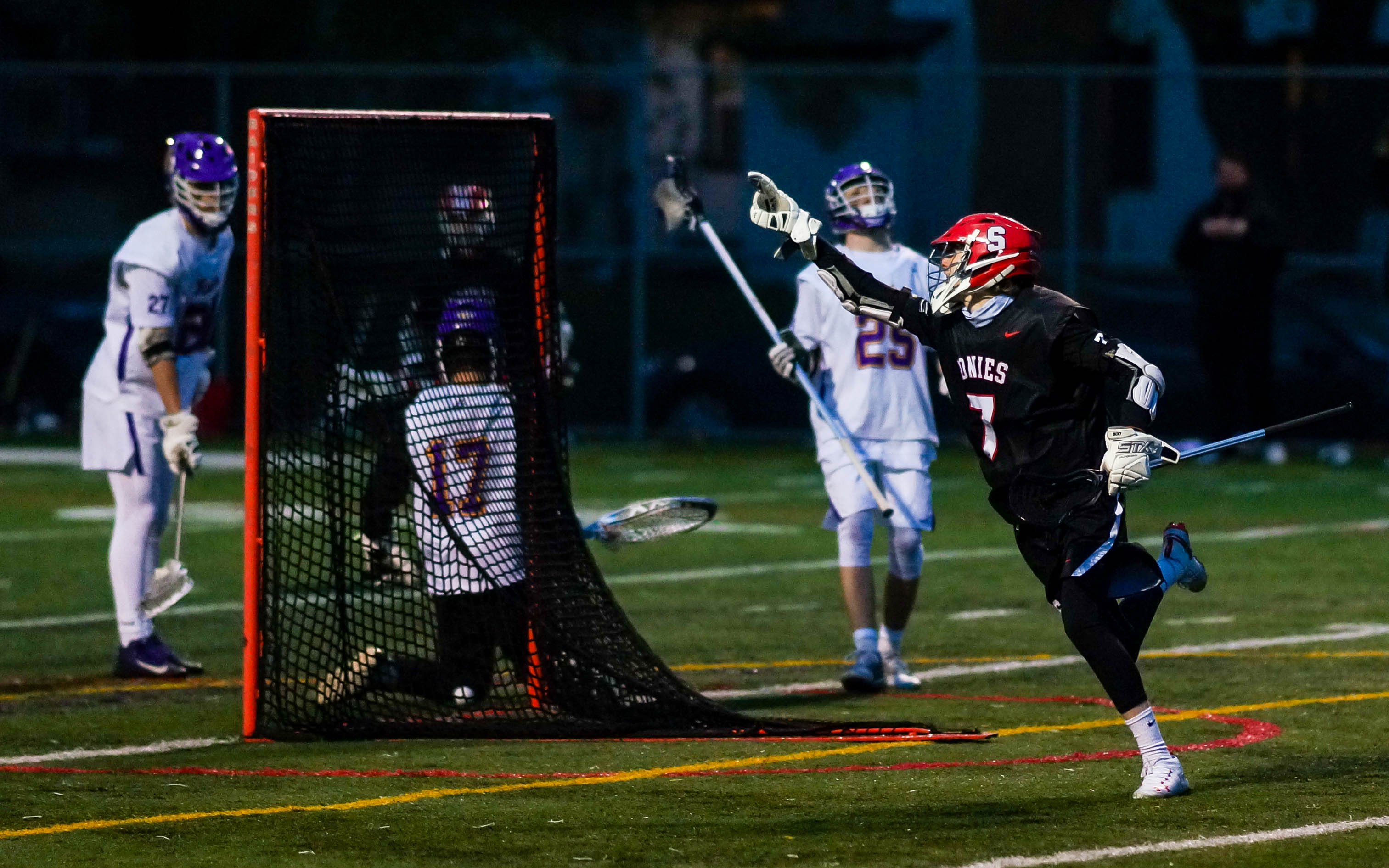 Not having the opportunity to play at all last spring due to the pandemic has created challenges for some high school sports teams in Minnesota this season, given athletes who don’t compete in their sport during the offseason may not have played competitively in almost two years.

But if your team has the talent, there’s opportunities to overcome the missed field time.

Stillwater, ranked No. 9 in the coaches’ poll, might have been thankful to win a close 5-4 contest against Suburban East Conference foe Cretin-Derham Hall in St. Paul on Wednesday night, but Ponies coach Peter Flock and his team are focused on improving in the days ahead.

“They are a good team, but we’re doing this to ourselves,” Flock said. “It’s internal. We need to figure things out, we’re not happy with the way we’re playing no matter what our record shows.” 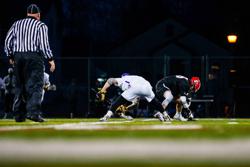 Like many teams in the state, the Ponies (6-1, 5-0) are full of multi-sport athletes who pick up their lacrosse sticks exclusively in the spring. Flock estimates fewer than five of his players are part of an offseason lacrosse program.

Aidan Anderson, who scored a game-high three goals in the Ponies’ victory Wednesday, including the game-winner in the fourth quarter, plays hockey in the winter and jumped into the spring practices with some admitted rust.

Coming off a one-loss season in 2019, the Ponies headed into 2020 with high expectations for a talented returning team. But with that graduating class having missed their chance, Anderson and his teammates hope they can rekindle the optimism this spring.

“After them not having a season, we felt like we had to come out here and owe it to them,” he said.

Flock was hired to be the team’s coach prior to the 2020 season that never happened. He sees an opportunity to finish the second half of the regular season on a high note if this year’s team can clean up some early season mistakes.

“It’s clear in our game we are sloppy passing and catching, and stuff like that,” Flock said. “If we start cleaning some of that up we can surprise some people, but right now we’re not putting that together.”

On the other side of the field Wednesday was a Cretin-Derham Hall (4-2, 3-2) program that is in a similar boat, as far as fielding many multi-sport athletes.

But Raiders coach Matt Hourigan said it has been an exciting opportunity to take athletes from other sports and help them learn lacrosse.

One area of play the Raiders have been able to stand out in this spring is with their defense. The Raiders have not allowed opponents to score more than seven in any game this spring, and sophomore goalie Eddie Kielkopf, who had eight saves Wednesday, has a goals-against average of less than four after six games.

Hourigan gives a lot of credit to his “tremendous” sophomore goaltender, but he also recognizes the effort from the team’s defensive players.

“We have a young defense, but they are smart, they are tenacious, and they are all over the ball,” Hourigan said. “And we saw that tonight. On the rides, on the clears, they are everywhere.” 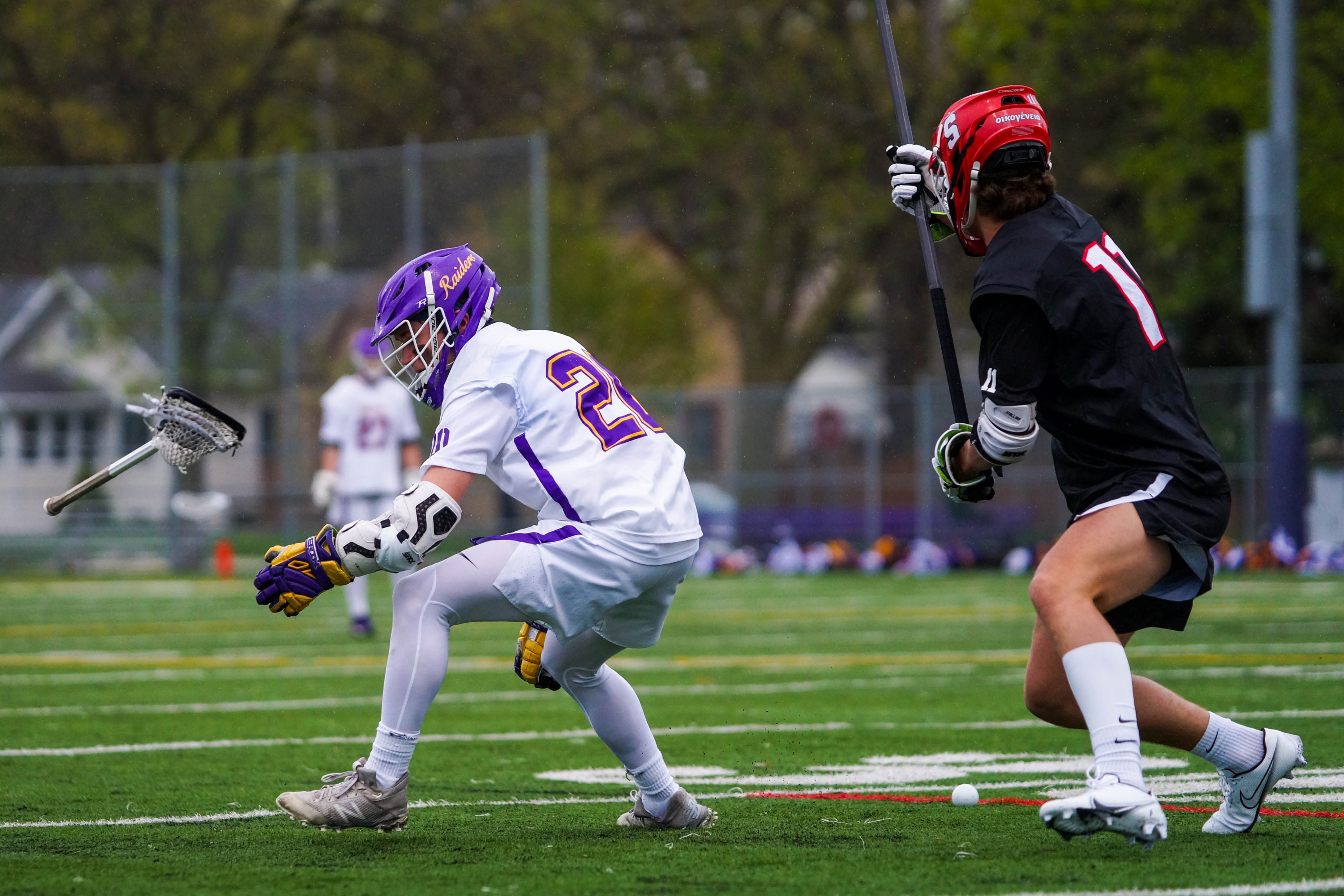 Stillwater's Ty Tuccitto (11) overruns a loose ball while Cretin-Dreham Hall's Chuck Altier (20) looks back for his stick during a rainy Wednesday night at Cretin-Derham Hall. Photo by Korey McDermott, SportsEngine

Aidan Anderson and Stillwater did just enough to hold onto its undefeated record in league play with a 5-4 triumph over Suburban East Conference rival Cretin-Derham Hall in St. Paul Wednesday evening.

Anderson scored three goals, including twice in the fourth quarter, to help Stillwater (6-1, 5-0) stay ahead of the late-charging Raiders.

Cretin-Derham Hall (4-2, 3-2) cut the deficit to one with less than a minute remaining on the game clock with a goal from Sam Goings, but a last-second save from goalie Gunner Arens preserved the win for Stillwater, ranked No. 9 in the coaches’ poll. Arens finished with three saves.

Carter Bies added one goal and an assist for the Ponies. 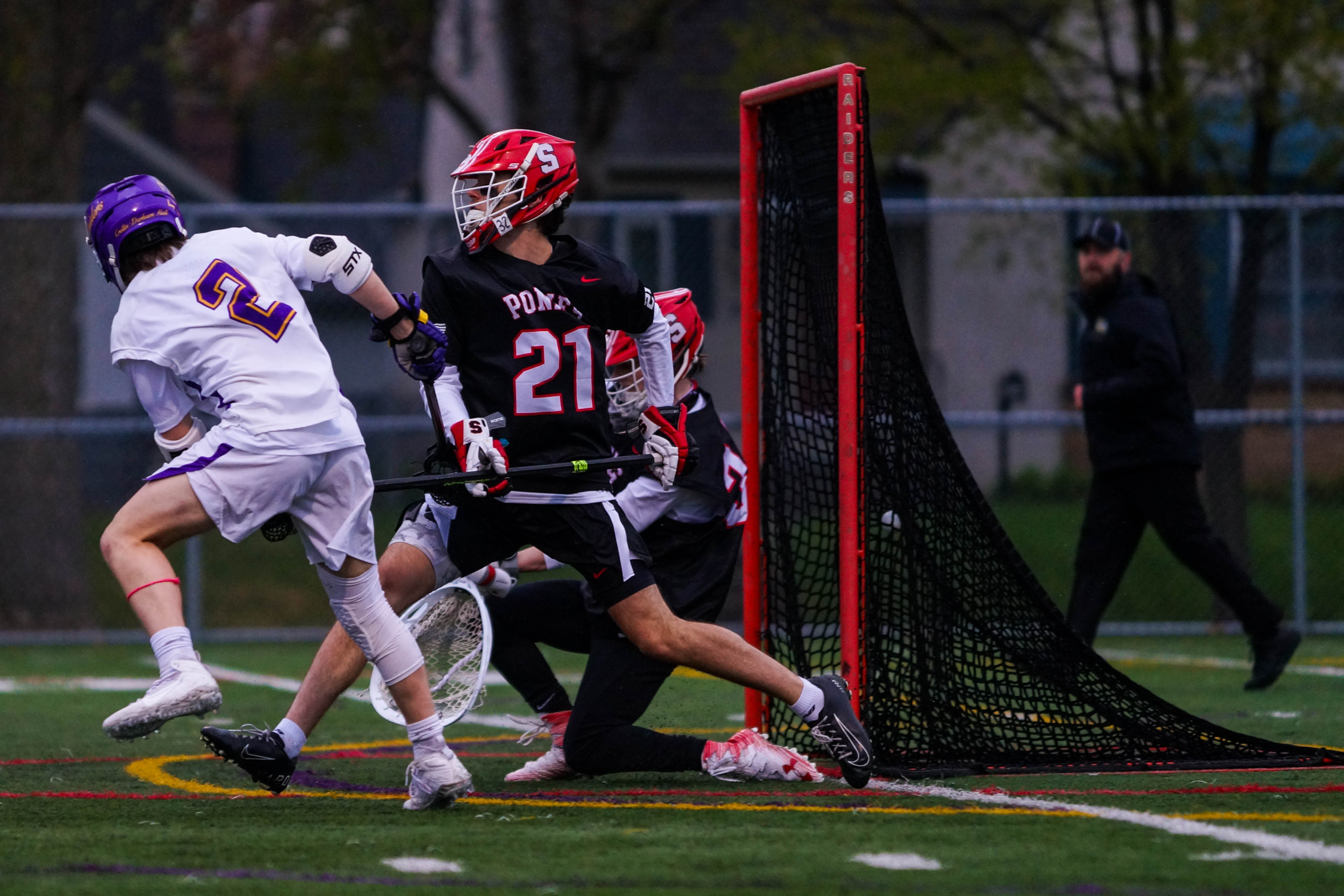 Cretin-Derham Hall junior Luke McCarthy (2) records one of his two goals Wednesday at home against Stillwater. The Raiders lost to the Ponies 5-4. Photo by Korey McDermott, SportsEngine