The second-ranked Red Knights got three goals apiece from Matthew Dowden and Carsen Brandt in their defeat of top-ranked Edina. 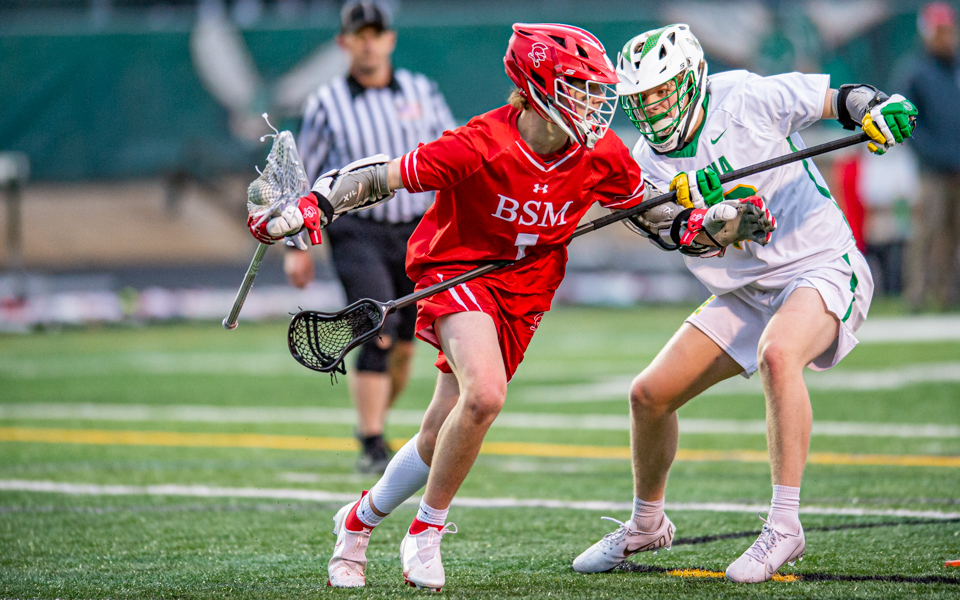 The offense of Benilde-St. Margaret’s didn’t disappoint in a matchup between the state's top-ranked programs Friday evening.

The Red Knights, No. 2 in the coaches’ poll, scored twice in the game’s opening minute and never trailed in a 14-6 defeat of No. 2 Edina at Edina High School. With the win, Benilde-St. Margaret’s continues to build its case for consideration as the top team in the state with the postseason looming.

Looking at the past three seasons of high school lacrosse results, the Red Knights’ success to date shouldn’t be a surprise, given the Red Knights have played in each of the past three state championship games. Benilde-St. Margaret’s started its run of dominance in the 2017 title game, losing 19-12 to Eagan. The run continued with two defeats versus Prior Lake, 10-8 in 2018 and 5-3 two years ago.

Of course, it might be harder to remember the Red Knights’ run of title contention since last spring’s season was canceled as a result of COVID-19 restrictions.

But ask the players, and they will tell you about a different attitude that surrounds the program even after a missed year.

“I think we just set a high standard for each season,” said Matthew Dowden, who had three goals and three assists against Edina. “And the standard gets higher and higher each season.” 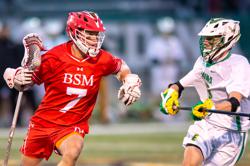 Many of the Red Knights’ players participate in offseason club lacrosse, which helps build experience while not competing in the short prep season. However, longtime Benilde-St. Margaret’s coach Rob Horn said club play is only part of the reason why the program has sustained success over the past five years.

“It’s our culture,” Horn said. “We have kids here that want to be part of something special. The way we do things, our standard of excellence of how we practice, how we push the kids, it makes it special.”

Like many top programs, including Friday’s opponent, Benilde-St. Margaret’s (7-1, 3-1) battles through a difficult regular-season schedule full of ranked opponents. An 11-10 loss versus No. 3 Chanhassen on May 4 caught the attention of the Red Knights. When asked about what went right Friday, the only loss of the season for Benilde-St. Margaret’s was still fresh on the mind of goaltender Justin Dalum.

“Compared to our Chan[hassen] game, our communication has gone up tremendously,” said the junior who made six saves against the Hornets. “It has helped us a lot, getting the shots we need.”

On the other side of the field, Edina (8-2, 6-0) played its fourth different state-ranked opponent in Benilde-St. Margaret’s on Friday.

Even though the schedule has led to the rare loss, the players have embraced the experience.

“I love playing a tough schedule, it keeps you on your toes every week, game in and game out,” said Edina goalie Sawyer Anderson, who made six saves Friday. “It gets us ready for playoffs, and hopefully state this year.”

Edina coach Andy Lee said the Hornets’ program is made up of mostly multi-sport athletes instead of those specializing primary in lacrosse. But the challenge of not playing last year has not hindered the team’s rise to being a top program in the state.

“It hasn’t been as much of a challenge as I thought it would be,” Lee said. “They’ve done a really good job working together, picking it up and helping each other. And we had a really strong first two weeks where we all kind of came together and figured it out.” 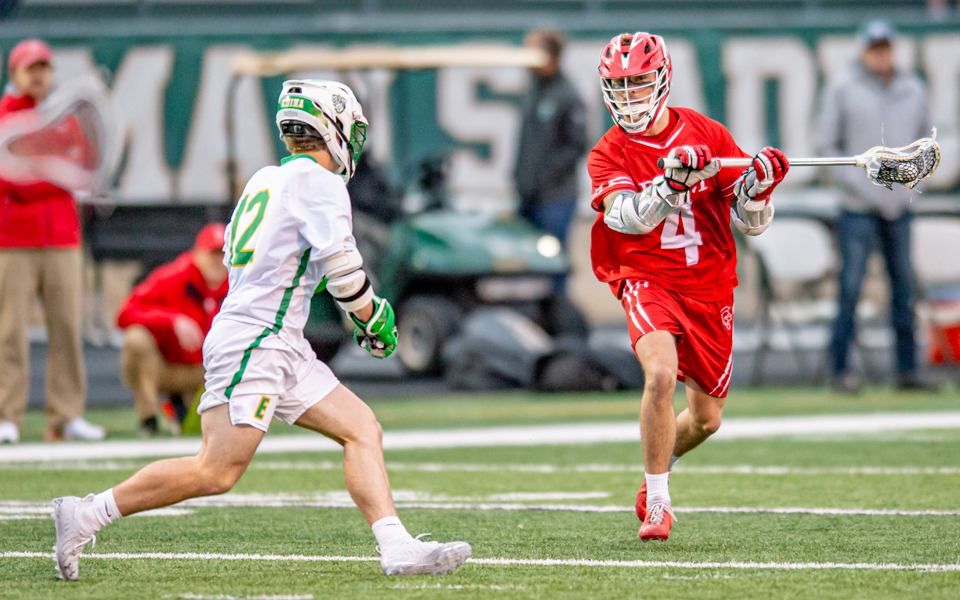 Patrick Burns (4) of Benilde-St. Margaret's had two goals and three assists in the Red Knights' 14-6 victory over the Hornets Friday night in Edina. Photo by Earl J. Ebensteiner SportsEngine

High-powered offense lifted Benilde-St. Margaret’s, ranked No. 2 in the coaches’ poll, to a 14-6 defeat of No. 1 Edina in a nonconference matchup at Edina High School on Friday evening.

Drew Hatch scored three times to lead Edina (8-2, 6-0), which was able to keep the game close up until the fourth quarter.

Benilde-St. Margaret’s goalie Justin Dalum made six saves, including a few in the first half to help protect the team’s lead. His counterpart, Sawyer Anderson, saved six shots for the Hornets. 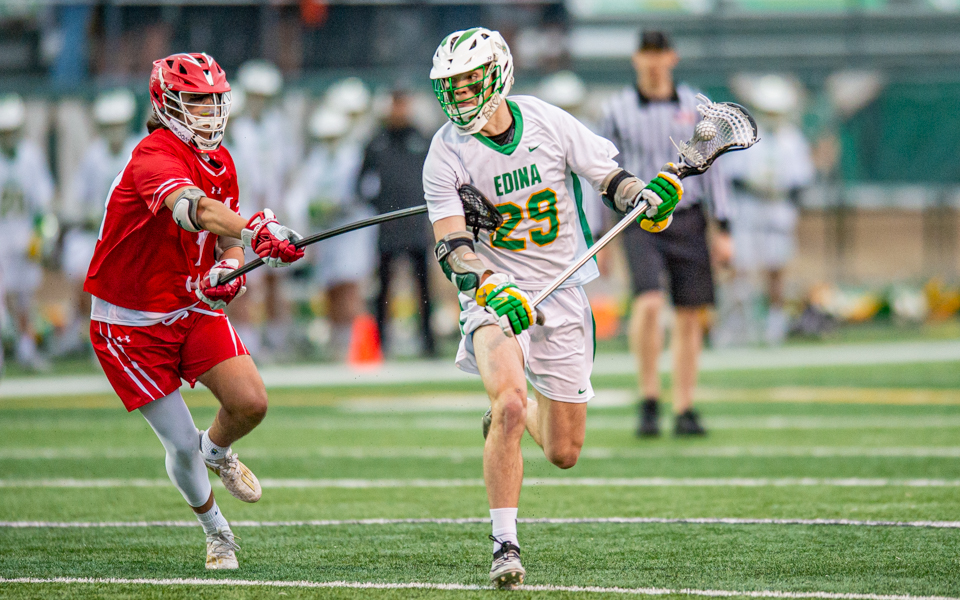