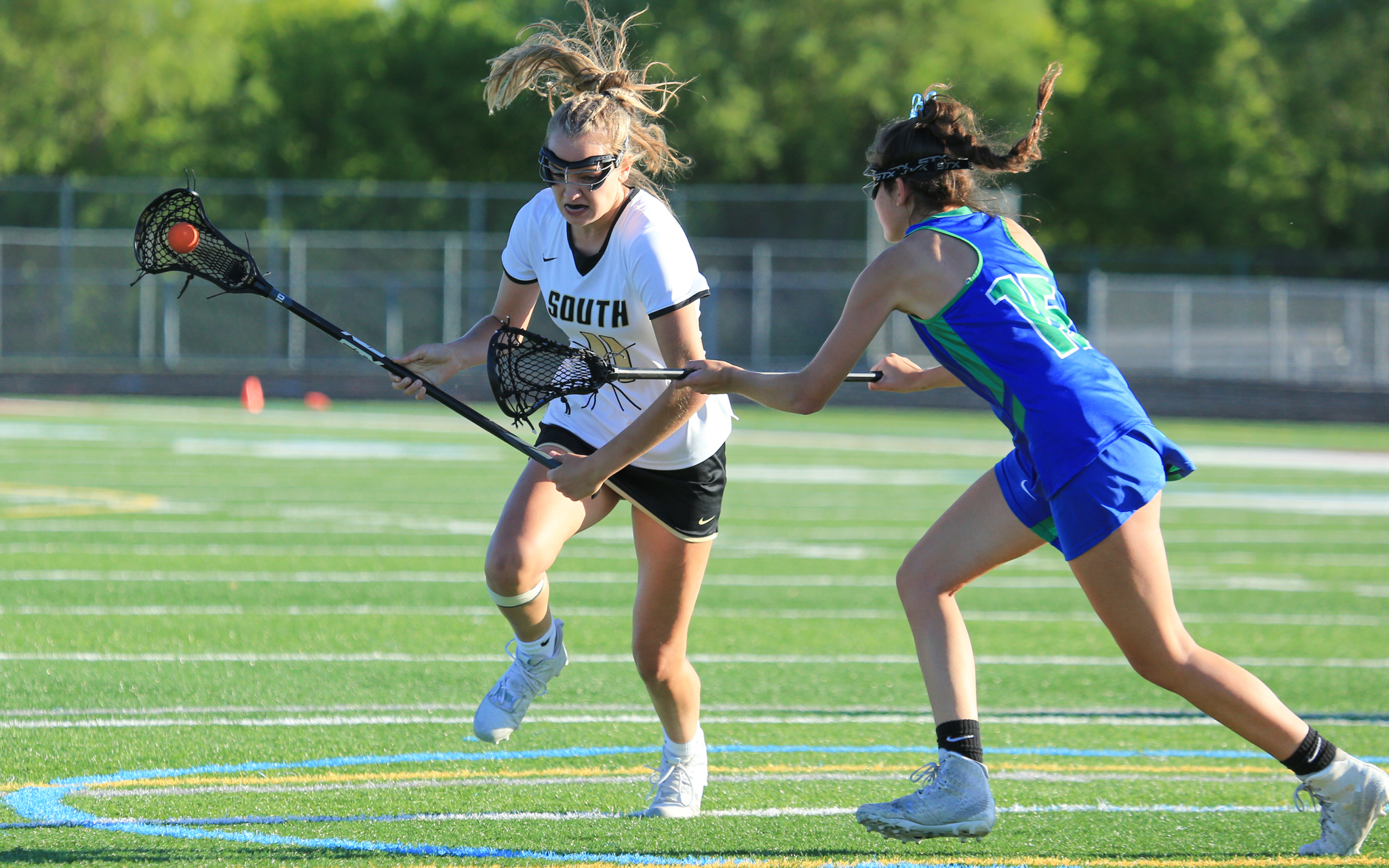 Lakeville South didn’t need a win Friday against Blake to boost its section playoff seeding. The Cougars were already a shoo-in for the top seed in Section 1.

What Lakeville South coach Patrick Crandall wanted for his squad in the regular-season finale was to acclimate to the postseason pace that’s soon coming.

“Blake had a ton of speed. A lot of high lacrosse IQ,” Crandall said. “It’s good to play a team with high IQ, tenacious — a lot of speed. It really tests our players where we need to be and see where we need to work for practice next week.”

“It was really nice for our team to get some good competition in before sections start,” said sophomore midfielder Emily Moes, who had a game-high seven goals. “I think we really came together, how we’ve been wanting the whole season.” 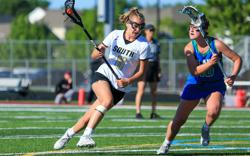 The Cougars, ranked No. 3 in the coaches’ poll, have been cruising for a while. They put together one of the top regular-season campaigns in school history with their only loss coming on May 13 in a 13-9 decision to Prior Lake in what proved to be the determining game for this year’s South Suburban Conference championship.

Lakeville South never trailed Friday, but it was hardly comfortable.

Blake twice erased multi-goal deficits to tie the score in the first half before Lakeville South mustered an 8-7 edge going into the break. The Cougars were just a tick below their pace of 18.9 goals per game entering the night, good for second in the state.

Battle-tested Blake was led Friday by sophomore midfielder Ellie Morrison who had five goals. Lakeville South contained Blake’s top scorer, junior attacker Erin Lee, to zero second-half goals after she tallied three in the opening half. Lee is up to 52 goals on the season.

Moes is up to 60 goals to crack the state’s top-10 leaderboard. Her teammate, junior attacker Brielle Fannin, had a game-high three assists (she’s No. 1 in the state with 51 helpers) and showed some fancy footwork to score two goals.

“Emily played great, Brielle Fannin plays that position like a quarterback in football. A lot of the offense rests on her,” Crandall said. “Emily is always a top performer. When we need something, we like to see her. Brielle really stood out to me because she takes a lot of the offense on her. She’s really coming into the position — it’s new to her this year.”

Blake fought back to tie the game at 8 less than a minute into the second half. Lakeville South responded with a 6-1 run, however, including four goals in a row to pull away.

But a flurry of three Blake goals in the game’s final 2 minutes, 6 seconds trimmed the deficit.

"My three freshmen played a full game," Crandall said. "Tori Tschida, Katie Grubbs and Sivanna O’Brien are out there cutting their teeth with the big dogs."

The Cougars now begin the quest for their first state tournament appearance since 2016. They reached the section finals each year from 2017-19.

“This has been a really good season. This is probably one of the best groups I’ve coached,” Crandall said. “We’ve had a lot of success here at Lakeville South. This team is not only good skill wise, but they’re just good kids to each other, too.” 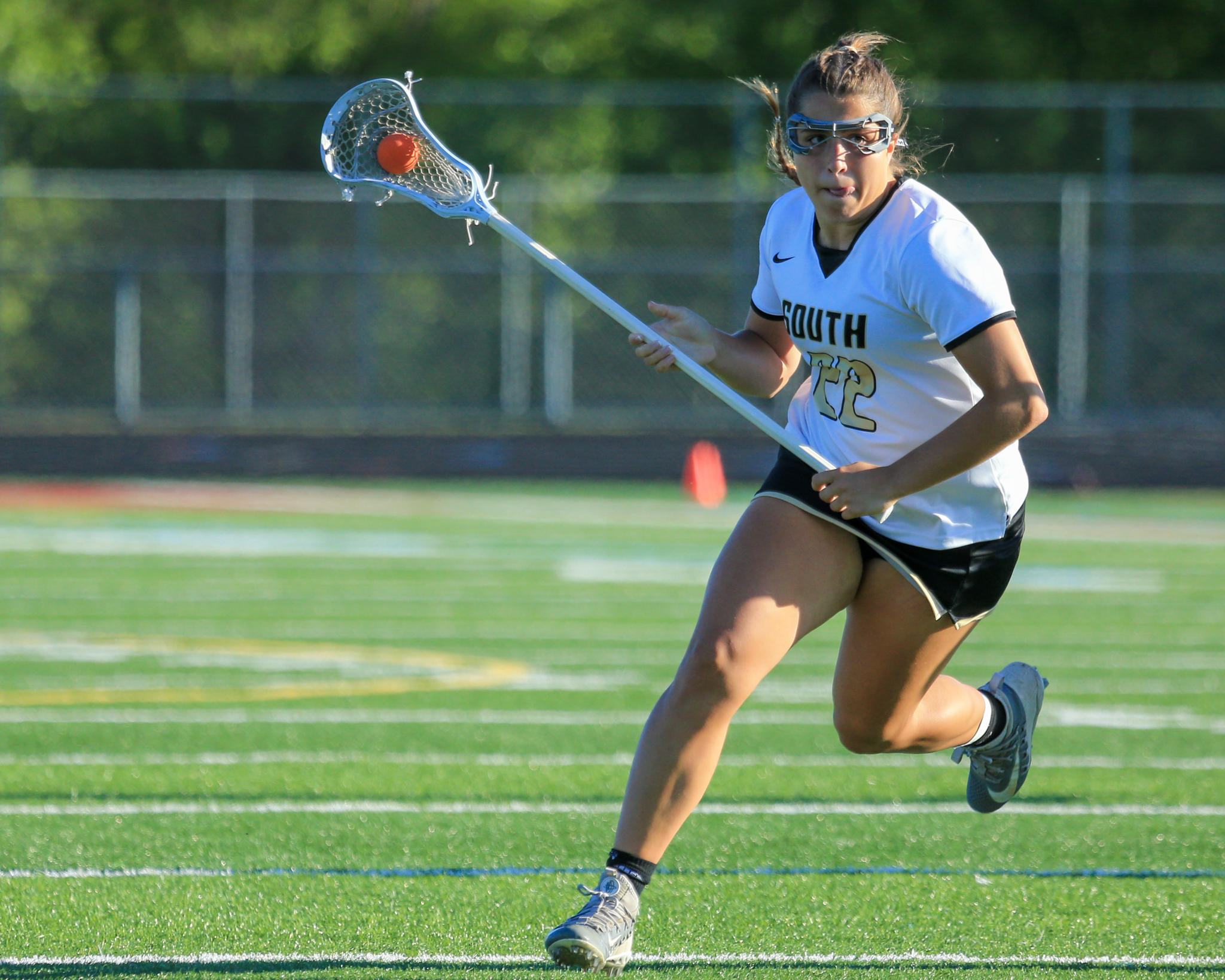 Lakeville South's Brielle Fannin (22) had two goals and three assists in the team’s 15-13 victory over Blake Friday evening. Fannin leads the state in assists with 54 for the season. Photo by Jeff Lawler, SportsEngine

Lakeville South’s top scorer, sophomore midfielder Emily Moes, had a game-high seven goals to lead the Cougars to a 15-13 defeat of Blake in a nonconference matchup to conclude the regular season for both teams at Lakeville South High School Friday.

The Cougars, ranked No. 3 in the coaches’ poll, never trailed in the first half but had to fend off No. 5 Blake, which evened the score twice, at 2-2, and again with four goals in a row to knot the score at 7. Lakeville South responded in the half’s final two minutes to take an 8-7 lead into halftime.

The two teams were tied again at 8 less than a minute into the second half before the Cougars began to take control. Four goals in a row helped them to a 12-8 lead midway through the half.

With Moes’ seven tallies, she now has 60 on the season — ninth-best in the state. Junior attacker Brielle Fannin dished a game-high three assists, and added two goals, for Lakeville South. Teammates Lauren Sheets and Tori Tschida provided support with each recording a hat trick. 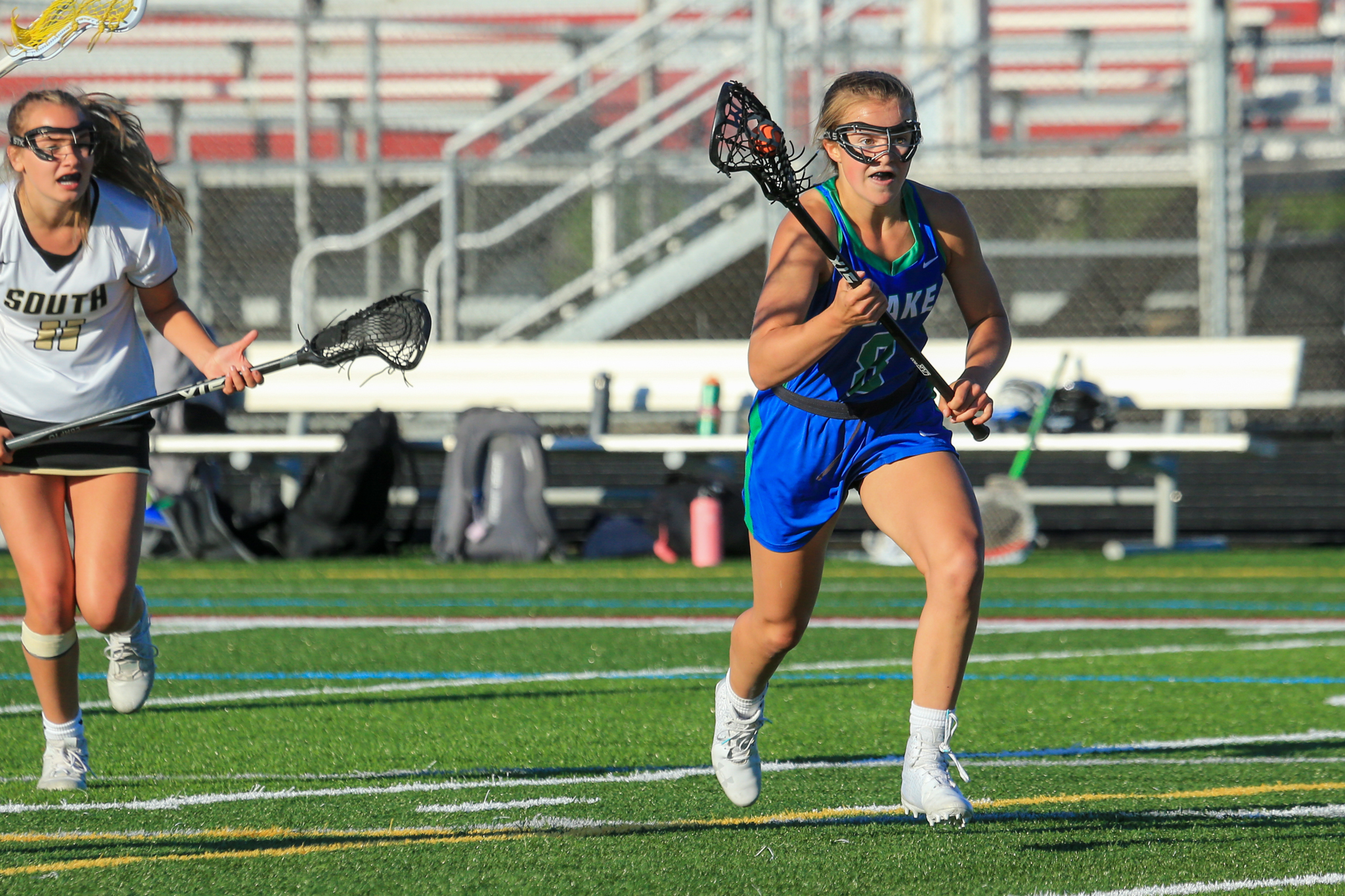 Blake's Ellie Morrison (8) had a team-high five goals in the Bears' 15-13 loss to Lakeville South on Friday to conclude the regular season for both teams. Photo by Jeff Lawler, SportsEngine