The Eagles broke a tie late in the game and held on to beat the Storm in the section championship. 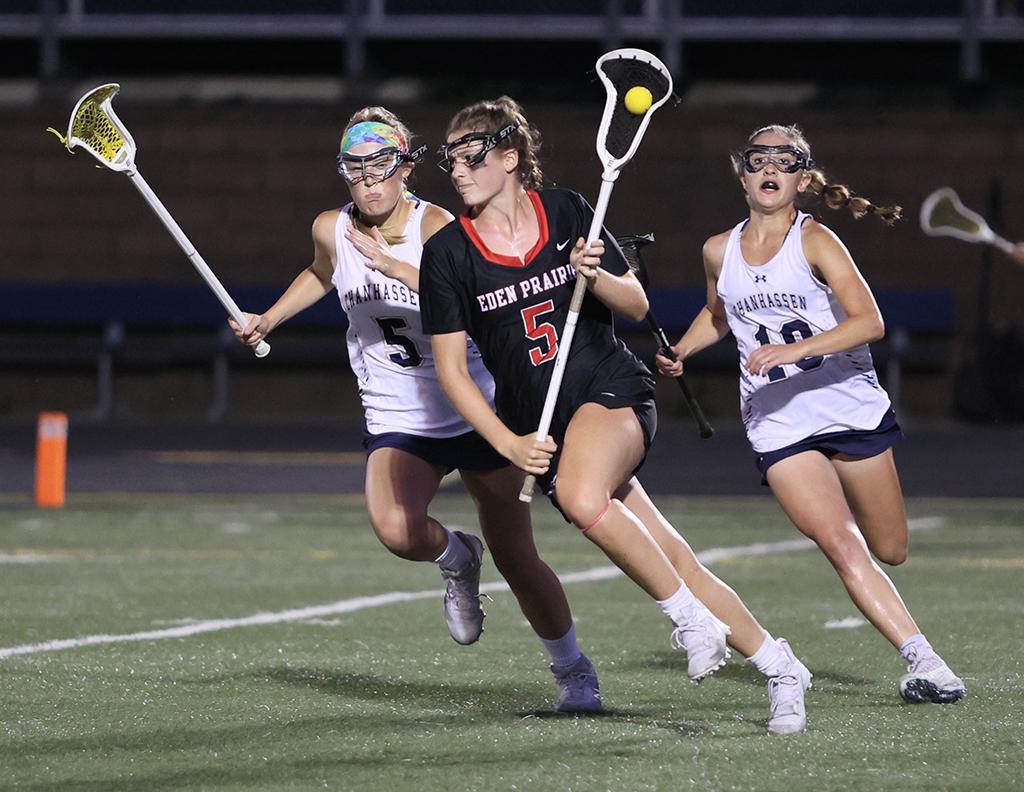 Eden Prairie's Brinley Hopper carries the ball past defender Bethany Velasco (5) in the second half. Hopper scored three goals, including tying and go-ahead goals late in the game. Photo by Cheryl A. Myers, SportsEngine

Coming into the 2021 season, Eden Prairie felt the pressure of continuing its legacy as the premier girls’ lacrosse program in the state of Minnesota.

The Eagles had lost many of the stalwarts of its 2019 state tournament runner-up team. On top of that, they would be playing for the first time without co-head coaches Judy Baxter and Beth Patterson, who had started the program 20 years prior. They stepped away in 2019, and the 2020 season was canceled amid the pandemic.

“We were really worried going into the season,” Eagles junior attacker Josie Lillquist said. “We didn’t know if we were gonna be able to keep that prestige of Eden Prairie lacrosse.”

That answer came Wednesday, when the Eagles overcame multiple deficits to edge Chanhassen 14-13 in the Section 2 final at Chanhassen High School, and once again, advance to the state tournament.

“I’m just super glad that we’re keeping (the legacy) going and we get to make it to state,” said Lillquist, who scored a team-high four goals in the victory. 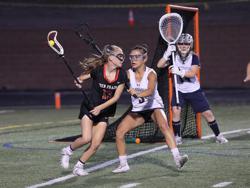 Eden Prairie, ranked No. 10 in the final coaches’ poll, had trouble keeping up with other top-tier programs early in the season. The Eagles (10-6) lost 7-6 to Minnetonka on April 27 and 17-6 to Chanhassen on May 6, both top-10 teams at the end of the season. They even ended the regular season on a three-game skid.

But they beat both of those programs on their way through sections. First came a 16-14 win over Minnetonka in section semifinals, which the Eagles followed with Wednesday’s section championship victory.

“We have a really young team this year, especially when it comes to previous varsity experience. It really was like those earlier games were learning opportunities,” Eagles coach Brooke Jones said. “Over the course of the season, they just built up their confidence so much more.”

That added confidence was evident on Wednesday as the team overcame numerous deficits. The Storm (13-3) took a three-goal lead in the first half, and Eden Prairie’s leading goal scorer Taylor Kotschevar-Call sat for an extended period in the half after an early collision.

None of that seemed to matter. Lillquist scored back-to-back goals to help the Eagles tie it 7-7. Still, the Storm went into the break with an 8-7 advantage after Bella Detienne, who tallied a hat trick, scored late in the half.

Taylor Kotschevar-Call returned and scored two goals in the second half after a scoreless first. Jones said Kotschevar-Call would play “if she had a cast on” and that she has “no quit in her.”

Her first goal ended a three-goal run from Leah Hodgins, a Boston University commit, who had put the Storm up four in the second half and scored a game-high five goals.

“We have some amazing younger girls like Avery Wallace and Kaci Kotschevar-Call. They definitely stepped up their game,” Lillquist said. “Brinley Hopper and Meghan Blaschko have been awesome… I put my trust in them, fully.”

As Eden Prairie embarks upon another state tournament, Jones wants to continue to see them come together as a team.

“I’d really love to see that team attitude going forward. And I’d really love this competitive spirit that’s really starting to come out at the tail end of the season just keep growing,” Jones said. “Because when they’re super competitive like this, it’s hard to stop them.” 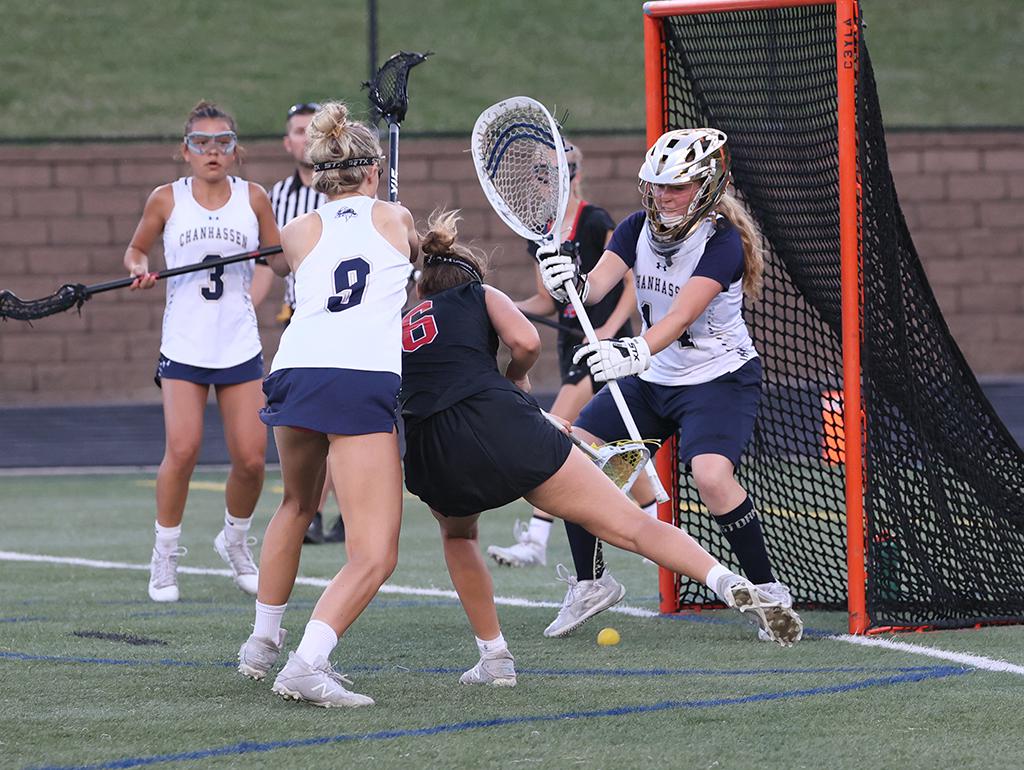 Josie Lillquist (6) scores a goal in the first half. Lillquist's 4 goals and 2 assists led Eden Prairie to a 14-13 win, and a trip to next week's state tournament in Stillwater. Photo by Cheryl A. Myers, SportsEngine

Eden Prairie is going back to a place it’s quite familiar with — the state tournament.

The Eagles, ranked No. 10 in the final coaches’ poll, bounced back from multiple deficits to defeat Chanhassen 14-13 on Wednesday in the Section 2 final at Chanhassen High School. Josie Lillquist led the way and scored four goals, including back-to-back tallies in the first half that tied the game 7-7.

Bella Detienne, who scored three goals for No. 5 Storm, scored before the break to give her team an 8-7 halftime lead. Leah Hodgins, a Boston University commit, scored the first three goals of the second half for Chanhassen (13-3). She finished with five goals.

The Eagles (10-6) scored four unanswered goals, including two from Brinley Hopper, who finished with a hat trick on the night, to take a 13-12 lead late in the second half. Gabby Bjugan, who tallied three goals, quickly tied it eight seconds later, but Kaci Kotschevar-Call notched the game winner with her second goal of the game with just over a minute to play. 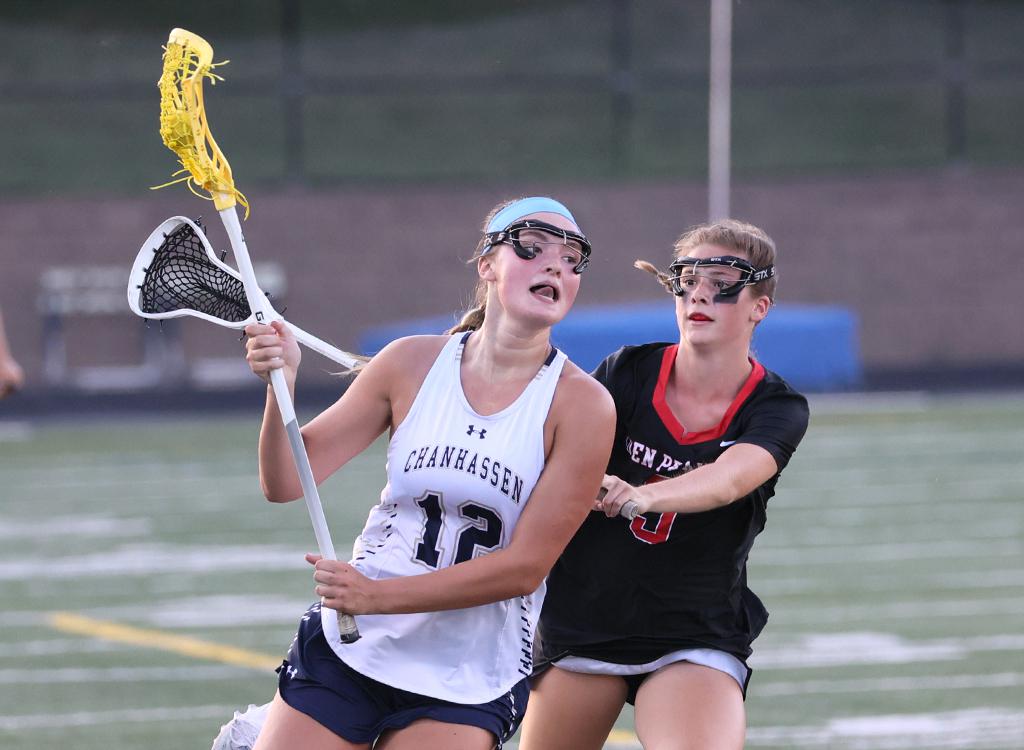 Chanhassen's Leah Hodgins (12) scored five goals and added two assists on Wednesday night. The Storm fell 14-13 to the Eagles in the Section 2 final at Chanhassen High School. Photo by Cheryl A. Myers, SportsEngine