The Lakers came back from a two-goal deficit at halftime with seven unanswered goals in the second half to advance to the state tourney. 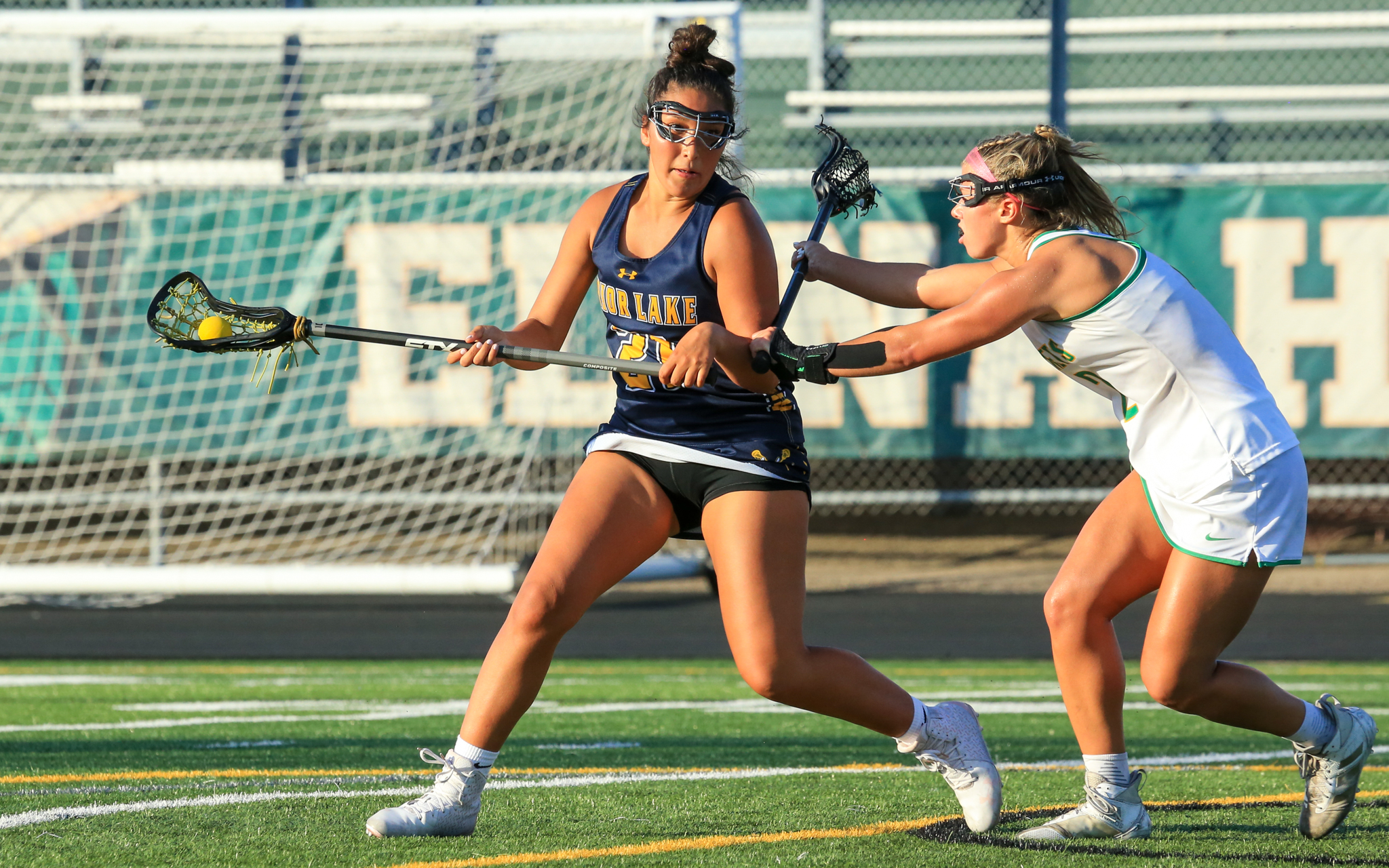 Prior Lake's Mackenzie Salentre (21) scored four times against Edina Thursday evening. The Lakers advanced to next week’s state tournament with an 11-6 victory over the Hornets in the Section 6 final in Edina. Photo by Jeff Lawler, SportsEngine 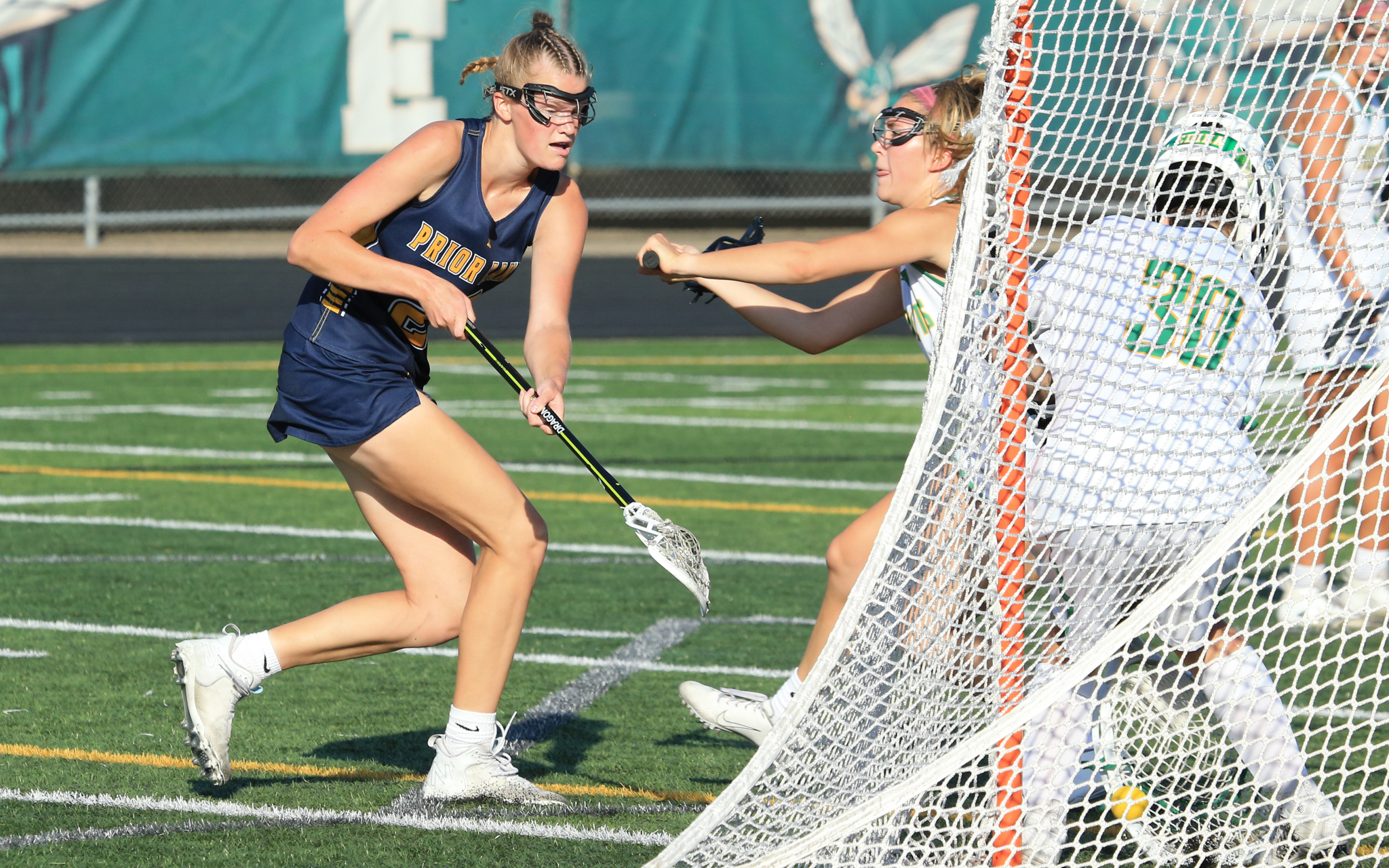 Prior Lake's Payton Bloedow tucks an underhand shot into the goal against Edina Thursday evening. Bloedow had three goals in the Lakers’ 11-6 victory over the Hornets in Edina. Photo by Jeff Lawler, SportsEngine

A day prior to Thursday’s Section 6 final against Edina, Prior Lake senior midfielder Mackenzie Salentre braved the 90-degree heat to spend an extra hour working on her shot.

That extra work paid off. Salentre led the charge for the Lakers, as her four goals and one assist proved crucial for No. 2 seed Prior Lake in besting top-seeded Edina 11-6 at Kuhlman Field to capture the section championship and return to the state tournament.

Though the Lakers (15-1) were ranked No. 2 in the final coaches’ poll of the season, they were considered underdogs against the No. 1 Hornets. The two teams had met at the start of the regular season in mid-April, resulting in Edina winning 10-8.

The Hornets (14-1) got out to a strong start on Thursday behind their star scorer, senior midfielder Haley Reeck. She entered the game with 74 goals this season and added three in the first half.

Reek’s performance helped Edina go ahead by as many as three goals in the first half, but that didn’t seem to faze the Lakers, who won the most recent girls’ lacrosse state championship in 2019 (there was no 2020 season due to the COVID-19 pandemic). 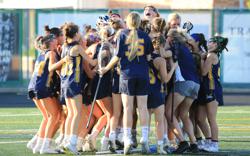 Prior Lake, however, slowly inched its way back into the game. It started late in the first half when Salentre added her first goal in the final minute of the half.

“For some reason our team comes alive in that second half,” said Prior Lake coach Heather Pierson. “That was a good feeling. We could reevaluate.”

Salentre continued to add to her total in the second half, scoring a little more than two minutes into the action to bring her team within one of Edina. She tacked on two more goals later in the half, along with an assist.

“Starting last game, she started getting face-guarded,” Pierson said. “We knew it’d be either her or (senior midfielder Payton Bloedow). Our girls just made plays to help out each other and make the best play possible.”

When they weren’t turning the game in their favor, Salentre and her teammates worked tirelessly to slow an Edina team that came into the section final averaging more than 15 goals per game. After tallying five goals in the opening half, the Hornets scored just once in the second half.

“We played our high-pressure defense,” Salentre said. “That’s when I think we’re at our best.”

The loss for Edina was its first of the season and ended the Hornets’ bid for their first state tournament appearance in school history.

“I think we’re continuing to grow our program and make lacrosse a big part of Edina sports, “ said Hornets coach Kelly Crampton. “All the credit goes to the girls who put in the work starting at the youth level.”

On the other side, Prior Lake found itself celebrating and looking ahead to next week’s state tournament as the Lakers go for their second consecutive state championship.

“I was not ready to be done,” Salentre said. 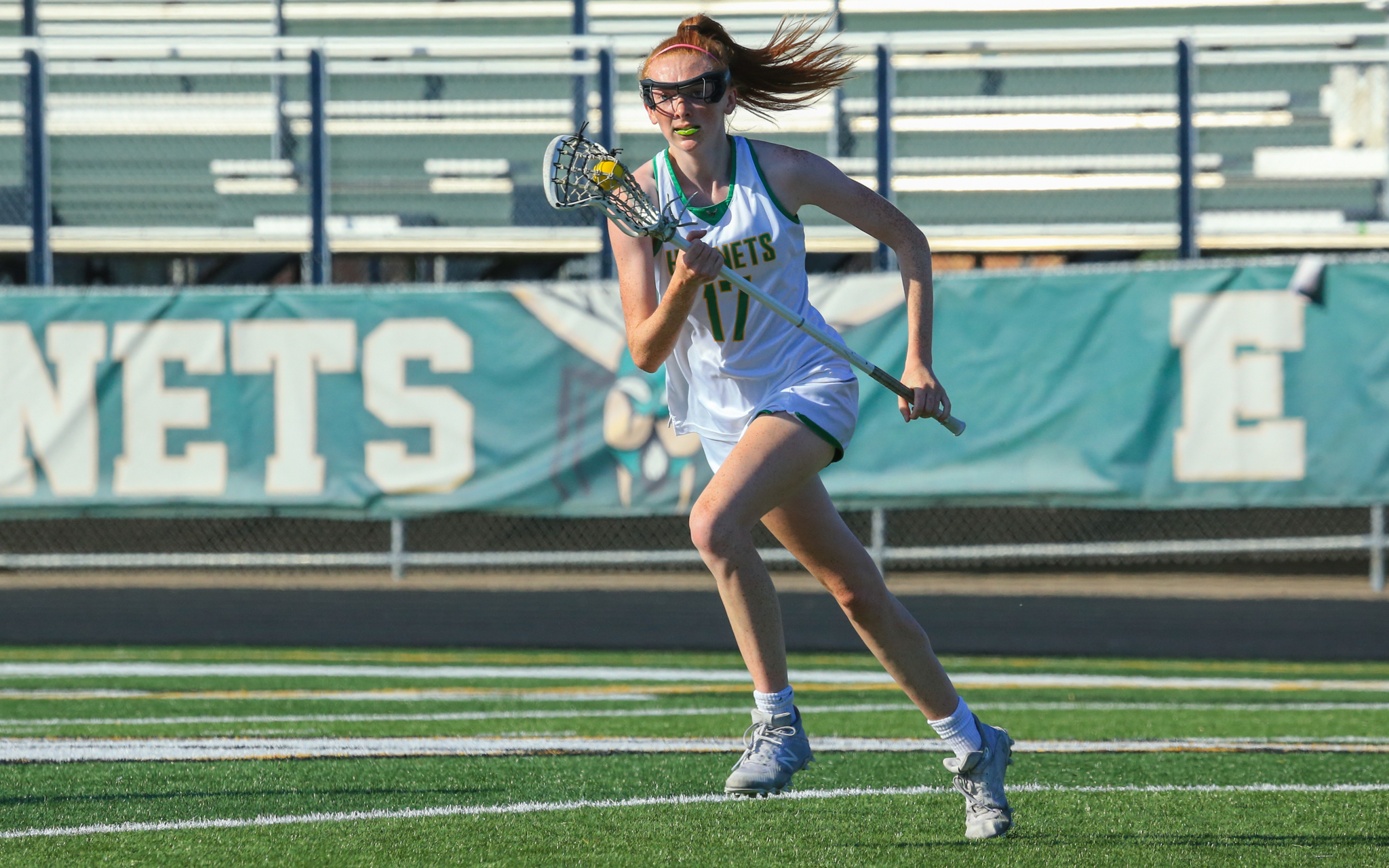 Edina’s Cordelia Flemming (17) scored twice for the Hornets in her team’s 11-6 loss to Prior Lake in the Section 6 championship game at Kuhlman Field in Edina. Photo by Jeff Lawler, SportsEngine