The Red Knights' senior midfielder has the knack for calming those around him, even his coach, while scoring 42 goals and adding 26 assists. 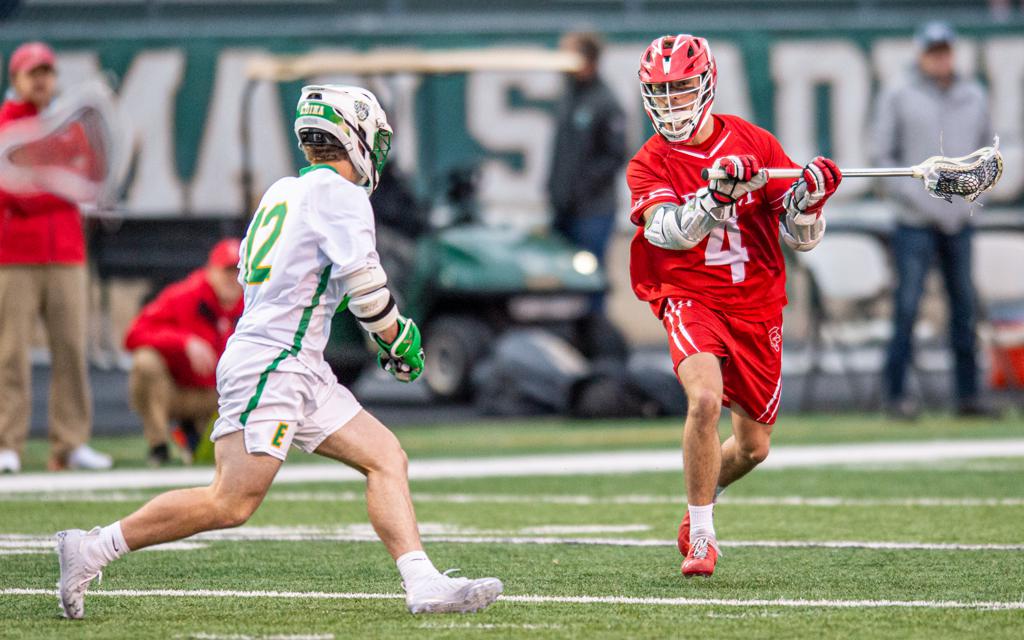 Senior midfielder Patrick Burns, called Paddy since he was knee-high to a lacrosse stick, offers balance for his emotional coach.

“He’ll put his arm around my shoulder and say, ‘I’ve got your back, coach. We’re good,’ ” Horn said. “He keeps everyone, including me, levelheaded. And the way he plays, he’s the total package. He’s a stretch-the-field shooter and a great passer. Paddy Burns has definitely left a legacy within the program, and with me as a person.”

Burns isn’t yet ready to talk about a legacy. A member of second-place state tournament teams in 2018 and 2019, Burns is starved for a championship. The top-ranked Red Knights, who play a semifinal game at 1 p.m. Thursday against Stillwater, are in the hunt. And Burns believes they are better suited than his previous teams.

“We would get a little panicked when the state championship came around,” Burns said. “I feel like this year, we’re calmer and more collected.”

Benilde-St. Margaret’s poise owes to the steady hands of Burns, a leader who stands out on a team loaded with five coaches’ association all-state first team selections. For his attitude, effort, and 42 goals and 26 assists, Burns is the Star Tribune Metro Player of the Year.

“You never see him flustered, no matter how big the moment is,” Horn said. “You look into his eyes, and you never see even a moment of doubt.”

Those eyes searched game film earlier this season after a double-overtime loss to Chanhassen, the first regular season loss in Burns’ three varsity seasons at Benilde-St. Margaret’s. He found familiar bad habits, the kind that plagued the Red Knights in both championship game losses.

“We rushed the ball to the net a lot,” Burns said. “We didn’t hold the ball enough. And that led to Chanhassen getting some transition goals that we could have prevented.”

The goal this season is playing with urgency, yet under control in clutch moments. Burns believed the Red Knights were ready last season. Then the pandemic shelved all spring sports athletes’ pursuits.

“We’re very hungry to get the state championship,” Burns said. “We had to instill the right mind-set in the underclassmen by telling them how much it means to us seniors. The last three years, we feel like we’ve had our ring stripped away. We have to get it done this year.”