The senior scored 77 goals this season in leading the Hornets to the brink of the state tournament. She was just as influential as a leader to younger players. 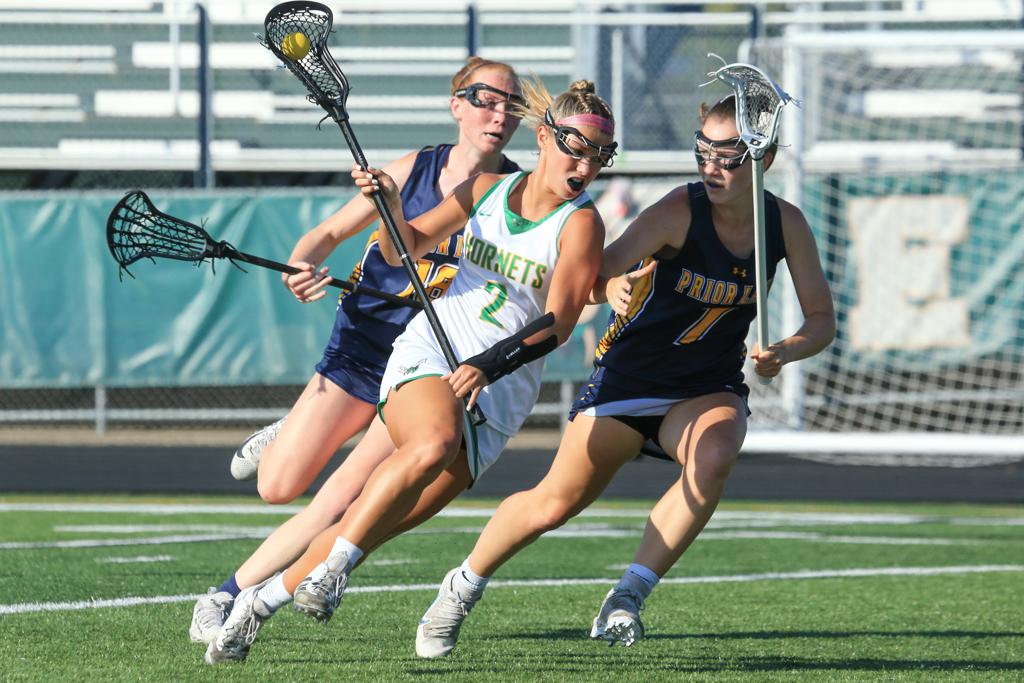 Edina's Haley Reeck, who scored 77 goals this season, is the 2021 Star Tribune Metro Girls' Lacrosse Player of the Year.

The Hornets enjoyed an undefeated regular season and earned the Lake Conference title.

“We had a lot to be proud of this season, even though it didn’t end the way we wanted,” said Reeck, a senior.

An integral part of Edina’s success, Reeck became the program’s career scoring leader. She scored 77 goals during the Hornets’ memorable season, the product of her competitive drive, speed and shot. Those elements also made Reeck the Star Tribune Metro Player of the Year.

Reeck grew up in Lancaster, Penn., until a family move brought her to Edina for seventh grade. Though remembering herself as a “string bean,” she made the varsity lacrosse team on the strength of her traveling team experience back home. A year later, Reeck became what is believed to be the first eighth-grader chosen to the coaches’ association all-state first team.

The support she received from older teammates informed her value system. As she grew, she relished helping Edina’s younger players.

“I wanted to make sure, no matter what grade the girls were in, that they felt special and important,” Reeck said. “And I wanted everyone to feel like, ‘That’s a leader and I want to talk to her whenever.’ ”

“Uma Corniea got me a YETI [insulated drinkware] with a Louisville sticker and an Edina sticker and a note that said, ‘It’s time to go beast mode today,’” said Reeck, who signed to play college lacrosse at Louisville. “I feel like players’ personalities shine through in the notes they leave.”

Reeck’s competitive zeal proved as influential as her love for team-building exercises. She scored at least three goals in every game. And she was always on her game during practices.

“Every drill, she set the tone right away,” Crampton said. “And that trickled down to every player.”

Even after defeat in her final prep game, Reeck challenged returning players.

“I told them to look back at the memories and friendships we made,” she said. “And to win state for us next year.”

Past girls' Players of the Year