Payton Bloedow and Haley Reeck were also named to All-American and all-state teams. Click to see all of the honors. 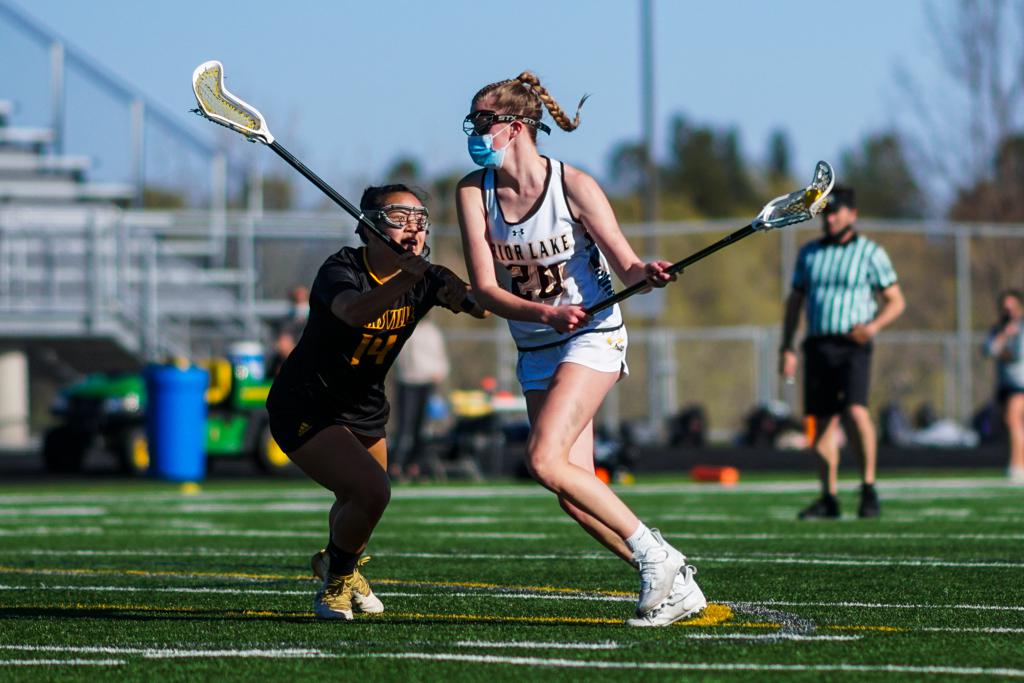 The 2021 season turned out to be a superfecta for Prior Lake midfielder Payton Bloedow.

Not only was the senior selected by Minnesota coaches to the all-state first team and also named to the US Lacrosse All-American and All-Academic lists, but she won the prestigious Jackie Pitts Award, which is given by US Lacrosse to recognize “high school seniors who go above and beyond in service to their team, school and community,” according to the organization's website. In addition, nominated players "must be outstanding students with high academic achievement and serve as role models within their school community."

Bloedow has a team-best 74 goals and 16 assists this season, helping guide the Lakers back to the state tournament championship. She was key to Prior Lake's regular-season success: a 16-1 record and a 9-0 mark in the South Suburban Conference en route to the league title.

Another esteemed individual award went to Edina’s Haley Reeck, who was named by the state's coaches as the 2021 Player of the Year. Reeck scored 77 goals and added 17 assists this season. She was named the Star Tribune's 2021 Metro Player of the Year (read more here).

Edina attacker Allison Mackay and defender Caleigh Claar joined Reeck on the all-state first team — giving the Hornets more players on that list than any school.

The coaches association released the lists earlier this week, and members, as well as their representatives (Jackie Pitts Award), selected the players receiving the honors.

View the tables below to see which players were named to each list.

US Lacrosse All-Americans are the best players from their area. They exhibit superior skills and techniques, possess exceptional game sense and knowledge, and embody good sportsmanship, according to the organization's website.

A US Lacrosse All-Academic Player is one who exhibits exemplary lacrosse skills, good sportsmanship on the field, represents high standards of academic achievement in the classroom, and volunteers within their community, according to the organization's website. Nominated players must meet several criteria, including having a minimum cumulative (freshman year through application deadline) 3.7 GPA out of a 4.0 academic scale.