A steady flow of scoring led the Crimson over the Panthers on Wednesday. 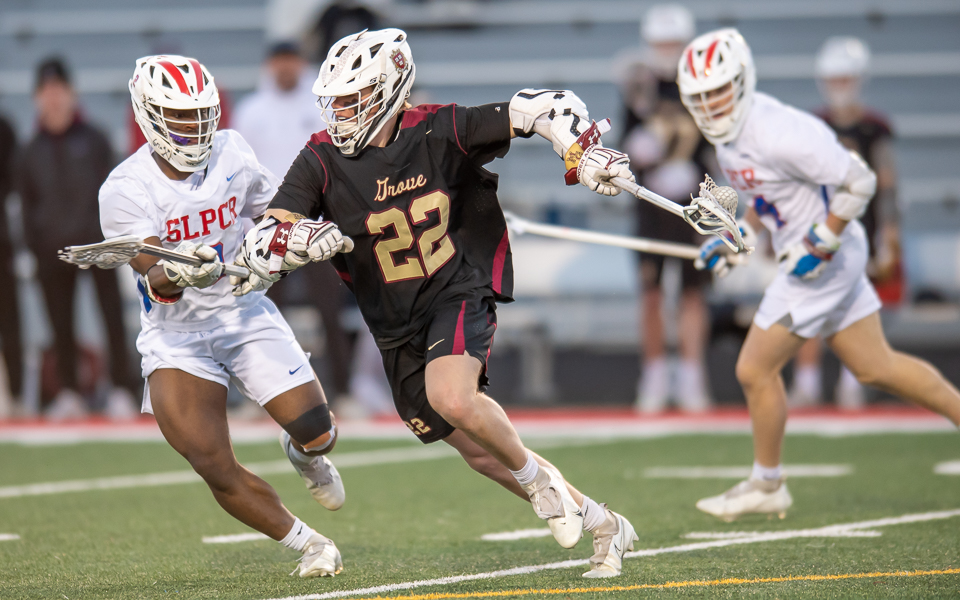 Maple Grove put 15 goals past Spring Lake Park/Coon Rapids on Wednesday night, but the biggest play of the game won’t show up on the scoresheet.

With just over two minutes left in the first quarter, the Crimson were down 1-0 after a sloppy start. The entire game changed when two Crimson forwards pressed a Panther defender and forced him to pass it back to his goalie. The pass went out of bounds, and Josh Steinkopf scored about 20 seconds after play restarted to tie the game 1-1.

“I feel like we finally realized we were playing a game,” Steinkopf said about the forced turnover. “We weren’t mentally prepared, definitely after that we were ready to go.” The Crimson scored two goals in the opening 71 seconds of the second quarter and they wouldn’t lose the lead from there.

It was an easy decision for Maple Grove head coach Joe Weichert to give Steinkopf the game ball after the 15-7 win. Steinkopf scored a game-high five goals. 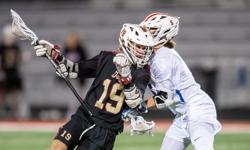 Weichert said there was a clear reason why Steinkopf found the back of the net so much in this game.

“Confidence. He was shooting like a shooter tonight,” he said. “He had a quick release, and that was something he didn’t do last game against Elk River but something he changed tonight and the stat sheet shows the difference.”

Steinkopf agreed with his coach.

“For sure. It’s something that I gained in practice last night through the coaching staff and my teammates. I really gained that back from Monday,” he said.

While Steinkopf got the deserved praise for his offensive output, Weichert was just as fired up to highlight the players who didn’t score but put in a ton of effort off the ball. Otherwise known as the players that woke the team up from the slow start.

“The little extra things that the boys can do, that’s what sparks the team,” he said. “Those little plays that aren’t seen in the stat sheet — you have Charlie Rausch, you have Parker Schultzenberg, you have Connor Kasbohm, you have Ethan Sillerud, Luke Margenau — those guys are the one’s making those plays that they don’t show up, but man they spark that bench all the way down.”

The bench erupted after that forced turnover late in the first quarter. Weichert was often the one cheering the most throughout the game.

“I coach for the kids behind me,” Weichert said. “They get excited, we’ve got to get excited. I always tell them ‘match my energy.’ When they do that, good things happen and it’s all family on this team.”

Once the Crimson got going in the second quarter, there was no doubt who was the better team on the field. But the Panthers kept scoring throughout the game. Owen Spencer, Blake Lueck and Harry Covel all chipped in with two goals apiece.

This makes it a perfect 4-0 start for the Crimson this season. When asked how they can keep the confidence rolling into the next game and throughout the season, Weichert avoided any cliches about just focusing on the next game. He made this team’s ambition crystal clear.

“Keep working hard,” he said. “Every day we have one goal: we’re just here to beat Benilde[-St. Margaret's]. That’s what we're working towards.” 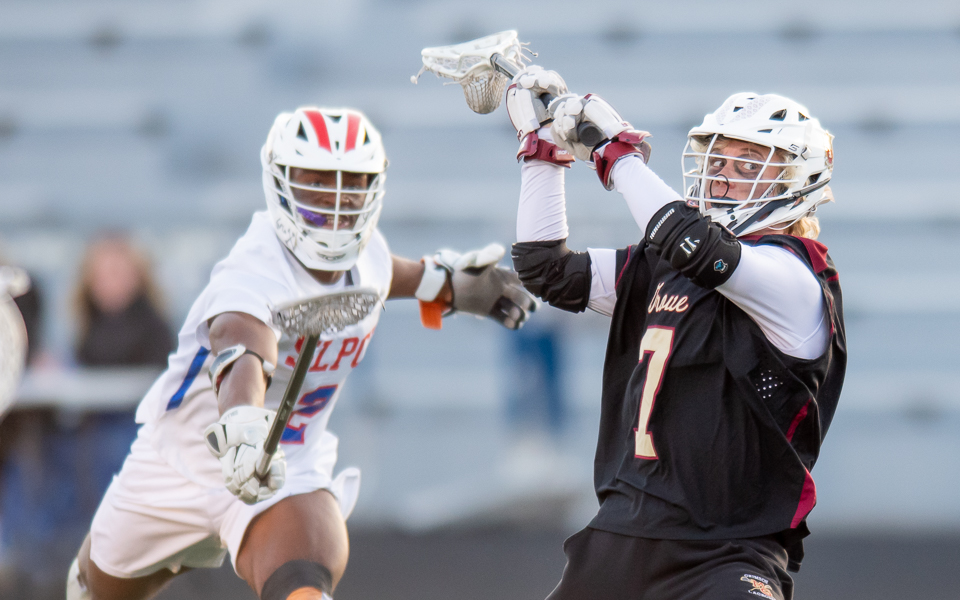 Maple Grove’s Charlie Rausch (7) intercepted a pass and quickly turned it in to a goal in the second quarter as the Crimson defeated the Panther’s 15-7. Photo by Earl J. Ebensteiner, SportsEngine

Maple Grove defeated Spring Lake Park/Coon Rapids 15-7 on the road on Wednesday night to improve to 4-0 this season.

The game started a bit slow as each team was feeling the other out. Blake Leuck opened the scoring, as he netted a power play goal a little over eight minutes into the game. That was the last time the Panthers (2-2, 2-2) had the lead.

Josh Steinkopf scored his first of five goals in the game with 1:40 left in the first quarter. The Crimson (4-0, 4-0) scored two goals in the opening 71 seconds of the second quarter — one apiece from Tyler and Josh Steinkopf — and they were in control from there. Those were the first of five goals the Crimson would score in the quarter, leading to a 6-3 advantage heading into halftime. Both second-quarter goals for the Panthers were scored by Owen Spencer. 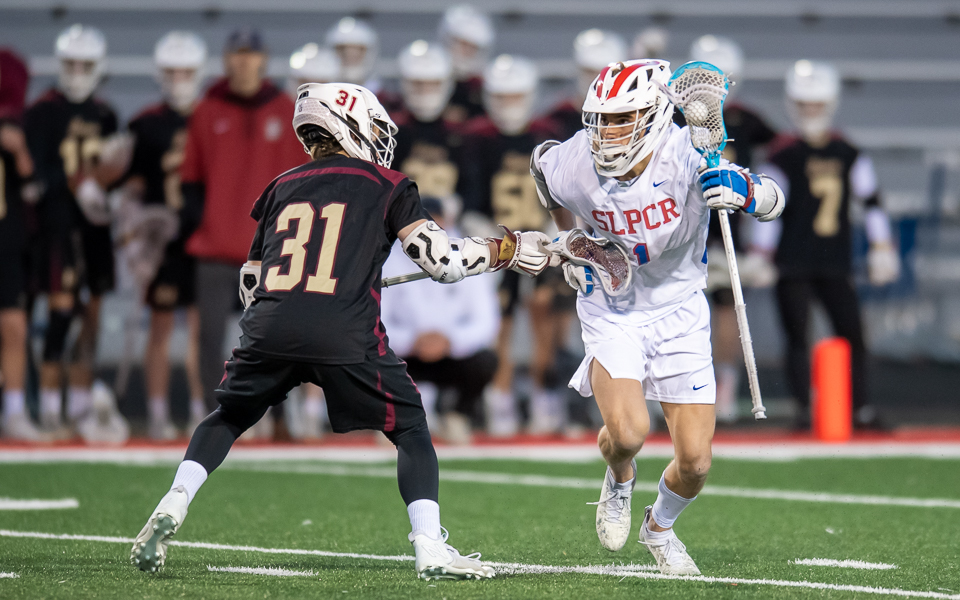 The MN Boys Lacrosse Hub poll is for entertainment purposes only.