The Lakers' push to end the first half put the game out of reach for the Bears. 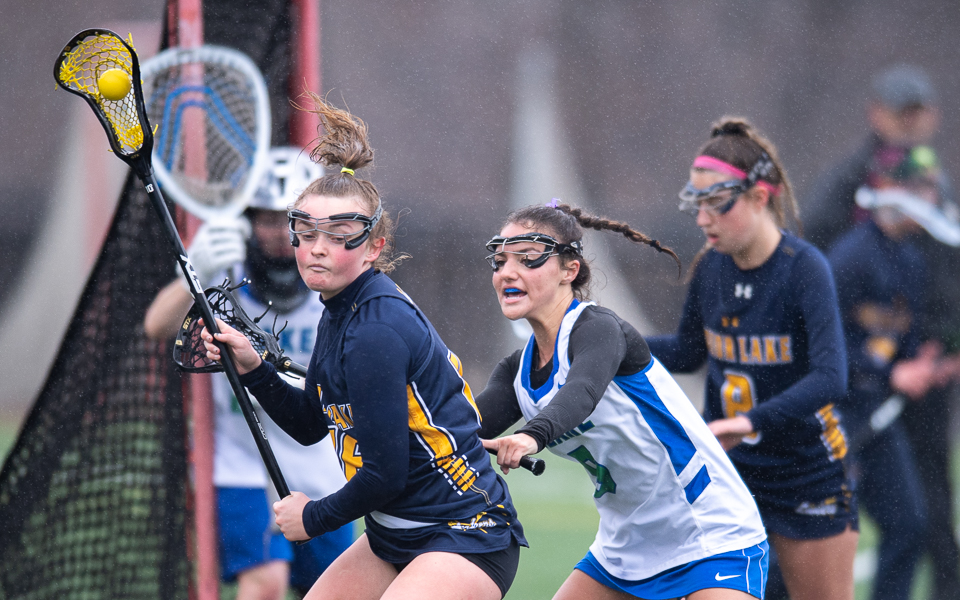 Ava Schiltz of Prior Lake works her way around the defense Saturday afternoon. Schiltz scored a hat trick in the Lakers 15-7 win over the Bears. Photo by Earl J. Ebensteiner, SportsEngine

The motto of the 2022 Prior Lake girls’ lacrosse team is: "we believe."

Right now, there are plenty of reasons to believe in the Lakers.

After winning the two most recent state championships in 2019 and 2021, Prior Lake looks like a squad capable of another championship. That includes a win on Saturday when the Lakers went to Blake and defeated the Bears 15-7. 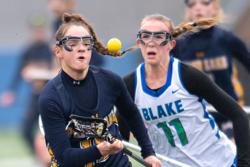 Photo Gallery: Prior Lake vs. Blake

Prior Lake entered this season with plenty of shoes to fill. The Lakers won the 2021 state championship with Ms. Lacrosse winner Payton Bloedow and Ms. Lacrosse finalist Meghan McGowan.

“The girls see the shoes they have to fill,” Laker coach Heather Pierson said. “But we know these girls. We worked with them in the youth program when they first pick up a lacrosse stick up to now and have them playing Prior Lake lacrosse.”

In order to fill those shoes, the Lakers are relying on a team approach with many players carrying the load. That theory proved to be accurate in Prior Lake’s 17-1 win against Apple Valley/Burnsville as 13 different players scored goals.

“We’re a program where you can’t just shut down one player to stop us,” Pierson said. “We have players in multiple positions who can score. It’s amazing that we have so many people who can do so many different things.”

While there has been a lot going right for the Lakers so far, the beginning minutes of Saturday’s game were not ideal. Besides the cool temperatures and pouring rain, Prior Lake struggled out of the gates and found itself tied 3-3 with Blake, causing Pierson to call a timeout.

“I think it was us needing to take a breath and calm down,” Pierson said. “We knew it was going to need to be a team effort today and control what we can control.”

The timeout proved to do wonders for the Lakers. They closed out the first half on an 8-0 run and never looked back. Schiltz was one of the catalysts with a hat trick in the win.

“We settled ourselves down,” Schiltz said. “We had to play our tempo and our speed.”

The goal of having multiple players involved surely happened in Saturday’s win. Seven different Lakers tallied goals in the win. Schiltz, Megan Sporney and Nina Winter all had hat tricks.

“We know we can score,” Schiltz said. “We try to set our teammates up for success. We look for every girl on our team to score. We try to be as unscoutable as possible.”

At a perfect  6-0, the Lakers look like a team capable of making another run at a state championship, but Pierson knows it may not look like her two previous championship teams. 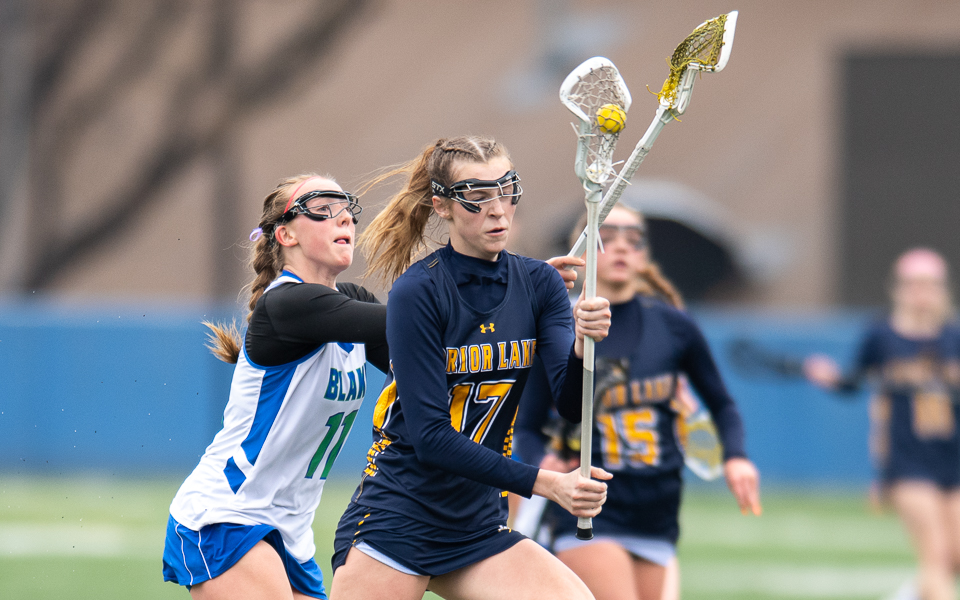 The Lakers' Nina Winter (17) scored three goals and one assist. The Lakers went on to defeat the the Bear’s under rainy conditions 15-7. Photo by Earl J. Ebensteiner, SportsEngine

Senior attacker Ava Schiltz got the scoring started for the Lakers, ranked No. 1 in the latest coaches’ poll. She continued to be a force as she finished with three goals in the win.

Blake (2-3) had an early push as Erin Lee and Cynthia Lyman scored early for the No. 8 Bears. However, Blake struggled to score after that. Junior midfielder Ellie Morrison broke the team’s drought with a goal in the second half while tallying three in the half. Lee also scored for the Bears in the second half.

Blake goalie Abby Ziehl did her best to thwart off the potent Lakers as she finished with six saves. Meanwhile, Prior Lake freshman goalie Olivia Doyen picked up the win while stopping seven shots. 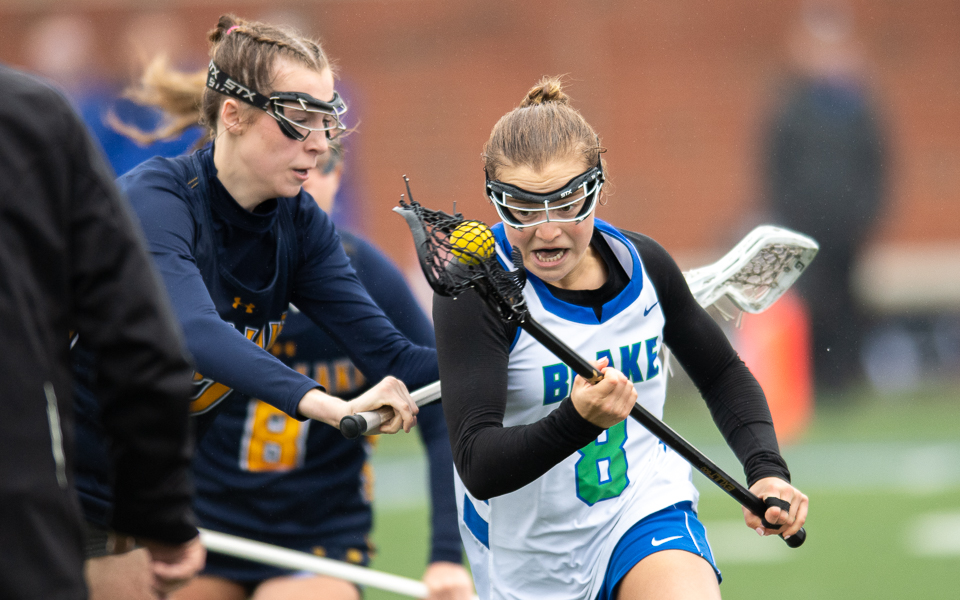 The Bears’ Ellie Morrison (8) scored a hat trick in the Bear’s 15-7 loss to the Lakers Saturday afternoon. Photo by Earl J. Ebensteiner, SportsEngine