A back and forth contest from the start, the Huskies held on by a goal to beat the Rebels. 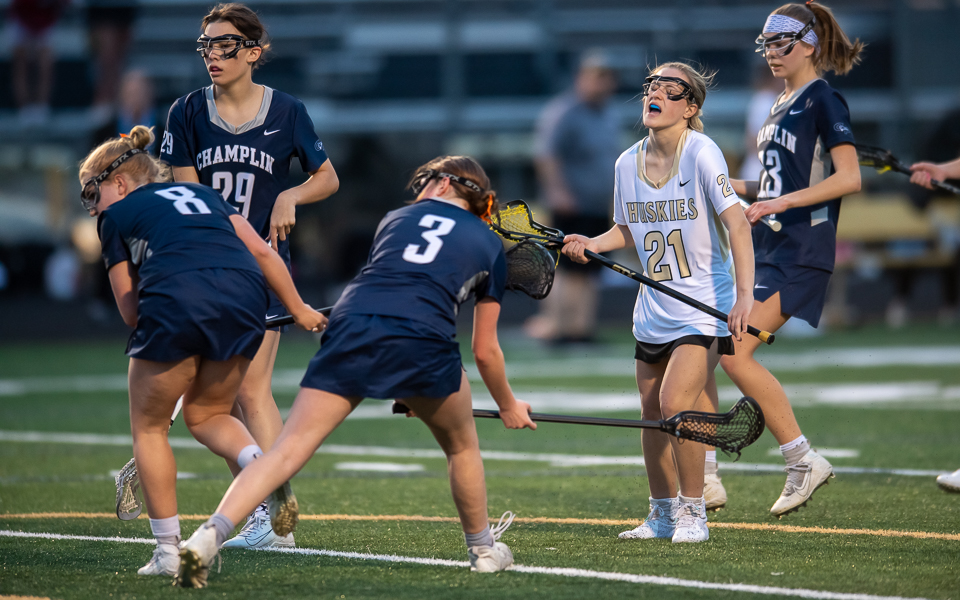 Scoring the winning goal in the closing minutes for Andover is Elizabeth Schrubbe (21). The Huskies held on to defeated the Pirates at home Wednesday night 7-6. Photo by Earl J. Ebensteiner, SportsEngine

In a game that features 20 players on the field at a single time, it can be rare to see an individual take over. But sometimes that’s needed to get a team going.

With Andover down 3-0, about 90 seconds remaining in the first half, Claire Nelson received the ball from a teammate roughly 25 yards away from the goal. She looked around for a teammate making a run towards the net. When there weren’t any promising outlets, she decided to take care of things herself.

“I kind of focused on my strides, especially on the transition, and I know I can get there and get ahead, and the girls support me on that, they cut through, they got me, they know what I’m going to do,” Nelson said.

Once her teammates cleared a path for her, she darted past two defenders and eventually found a shooting lane.

“I go ahead and shoot the ball hard I guess, that’s what you’ve got to do,” she said. “The first ones weren't falling for me so I was kind of apprehensive, but you’ve got to go hard for each one and see where it goes.”

This one went exactly where she planned, as her shot bounced into the net to make it a 3-1 game heading into halftime. 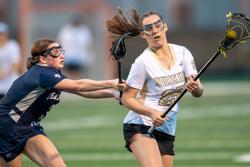 The Huskies (6-1, 6-0) took control from there and came away with a thrilling 7-6 victory over Champlin Park, keeping Andover a perfect 6-0 in Northwest Suburban Conference play this season. That was the first of a game-high five points for Nelson. She would go on to score the go-ahead goal in the second half to give Andover its first lead, then assist the game-winning goal to Lizzy Schrubbe with 2:31 left in the game.

“There’s a reason she’s a D1 athlete,” Andover head coach Brad Geiss said of Nelson, who’s a University of Michigan commit. “At the end of the day, more than even the scoring, we talk about it all the time with her, the energy is the thing that matters. She’s going to take balls from end to end, she’s going to make the right pass consistently.”

That energy was showcased late in the game. After taking the late lead, the Huskies won the draw and took control of the ball. Nelson was able to evade the defense and drain the clock with a couple runs, supported by her fellow midfielders and attackers.

It was the type of calmness you expect from a team that has 11 seniors on the roster. Champlin Park head coach Jeff Johnson said that was a big difference in the game.

“They are pretty senior and junior heavy on their squad, so if you look at our roster we’re ninth, tenth mostly with a couple eleventh, a couple twelfth,” he said. “We’re building for things in the future and trying to do it the right way and develop our players and hopefully games like this, just the intensity of it, I think we can learn a lot and start to deal with the pressure.”

The Rebels’ (4-3, 4-2) young talent was on display, as four of their six goals came from underclassmen. 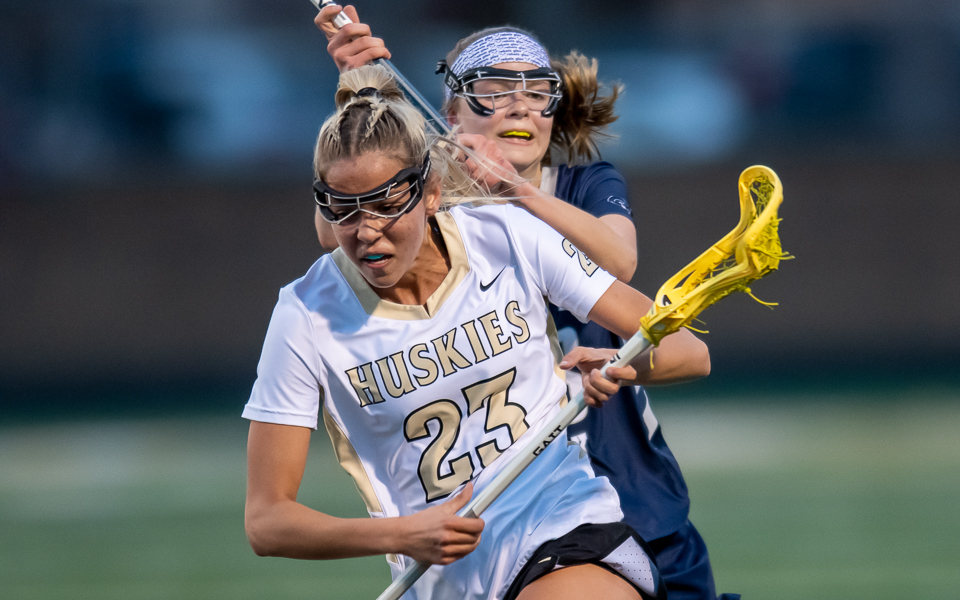 The Rebels (4-3, 4-2) got off to as hot of a start as possible, as their first three shots all turned into goals. Fayedra Vang, Chalize Vang and Annabelle Johnson all scored in a span of 4:11 of game time to give Champlin Park an early 3-0 lead.

The first half was goalless for almost 18 minutes after Johnson scored. Both teams had chances but Kate Ferguson and Eva Bock both made multiple stops. Ferguson finished the game with seven saves, while Bock had six.

Claire Nelson opened the scoring for the Huskies late in the first half, converting after a solo run of over 20 yards.

The Huskies (6-1, 6-0) tied the game up under seven minutes into the second half. Goals from Claire Lickfelt and Mallory Eldien less than 90 seconds apart made it 3-3 with most of the half remaining.

Nelson scored her second goal of the game midway through the second half to give the Huskies their first lead of the game.

Pandemonium broke out from there. Six goals, three by each team, were scored in the next 7:20 of game time. The winning goal came from Lizzy Schrubbe, who was set up by Nelson, who finished the game with two goals and three assists. 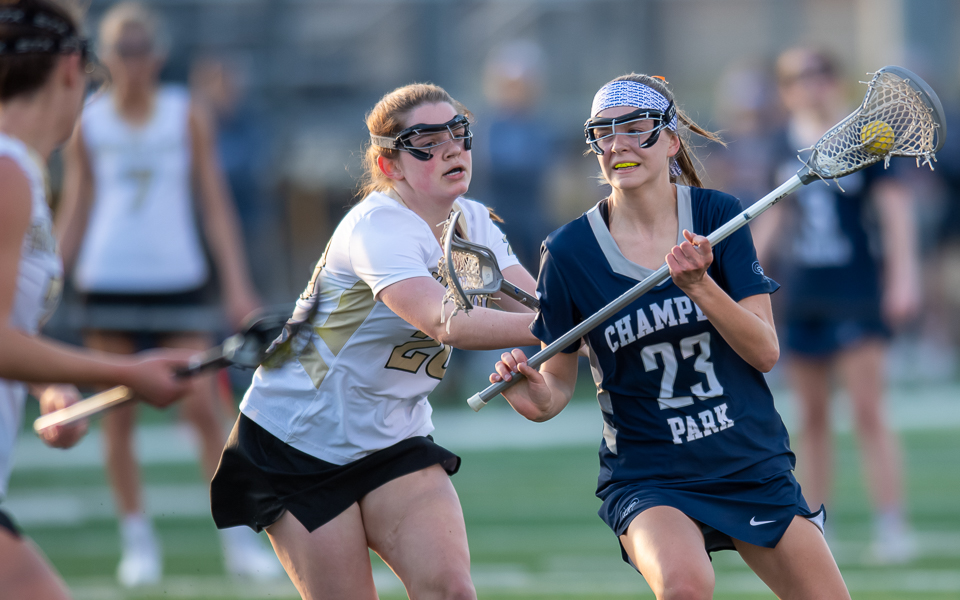