The Royals trailed after the first quarter, but they rallied to defeat the Ponies. 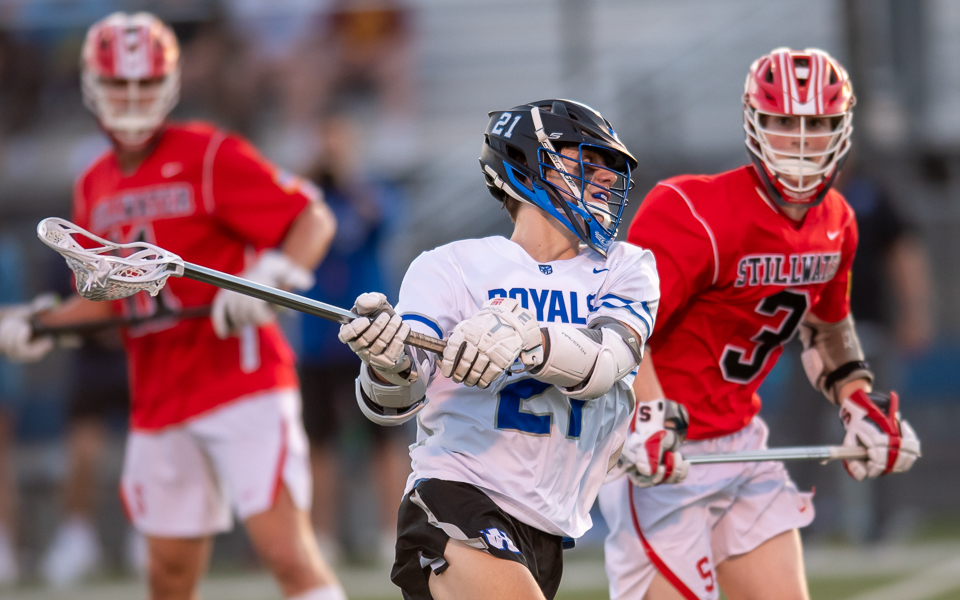 With four straight blowout losses to Stillwater in recent years, and a 4-1 deficit in the latest matchup Friday, Woodbury could have folded.

Woodbury is in the midst of its best season in six years, but Stillwater has been on another plane with three straight Suburban East Conference titles and the program’s first trip to the state tournament in 2021.

One win doesn’t stem the tide, but the Royals were pleased to get one back on the Ponies when they hung on for an 8-7 victory on Friday. 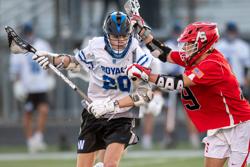 The fancy footwork and playmaking ability of senior midfielder/attack Conor Hooley produced two goals and three assists to nudge him to a team-high 43 points on the season.

The Drexel commit was bottled up in the first quarter before letting loose.

“He’s ridiculously talented and I’d say one of the top players in the state. He’s just a pleasure to have on the team, as are all of our guys,” Woodbury coach Jason Worwa said. “He brings that steadiness and leadership to the offense.”

The Woodbury (6-2, 5-2) captains said they felt a sense of unity before the game that paved the way for the upset. They were on a four-game winning streak, like Stillwater, played conference leader No. 5 Irondale to a one-goal loss earlier in the year.

“I think we just really came together as a team before the game in the locker room,” senior defenseman/long stick midfielder Jackson Miller said. “Just knowing what we had to do and we came out and did it.”

Senior attack/midfielder Colin Olson added : “It was all team effort.”

"He, along with Conor Hooley, are two of the best offensive players in the state," Worwa said. "He’s willing to run through a brick wall for the team, too."

Woodbury was about to take Stillwater on a ride it wasn’t thrilled for.

"We came together in the locker room after we were down a couple we said ‘It’s time to do our thing,'" Hooley said.

The Ponies are on pace for another double-digit win season, but not without some trials and tribulations.

“We’ve been trying to hammer in playing a four-quarter game and not getting caught in starting a game hot,” Stillwater coach Peter Flock said. “We’ve been starting games fast or starting games slow and following it with a really slow second-quarter or a catch up second half. We need to stop roller coasting it.”

Woodbury rallied to tie the game at halftime, 5-5. Joey Velte’s second goal of the night pushed the Royals ahead for the first time late in the third quarter, 7-6.

The freshman played beyond his years to preserve the win and was part of a defense that held back a Stillwater power play with 13 seconds remaining.

“We have a lot of great seniors on the team, three great freshmen,” Worwa said. “(Hermann) made some huge saves to keep us in it. ... They showed some resilience tonight and I’m super, super proud of them.”

Charlie Jacobson’s goal with seven minutes, 20 seconds to go proved to be the game-winner. It was the sophomore’s lone score on the night and fourth of the season.

Worwa was quick to praise a hard-fought battle by Stillwater. Flock reciprocated.

"We knew coming in that Woodbury is definitely a strong team," Flock said. "They’re a strong team, all credit to them. They took it to us. They got us out of our comfort zone and we, as a team, need to respond better when that happens." 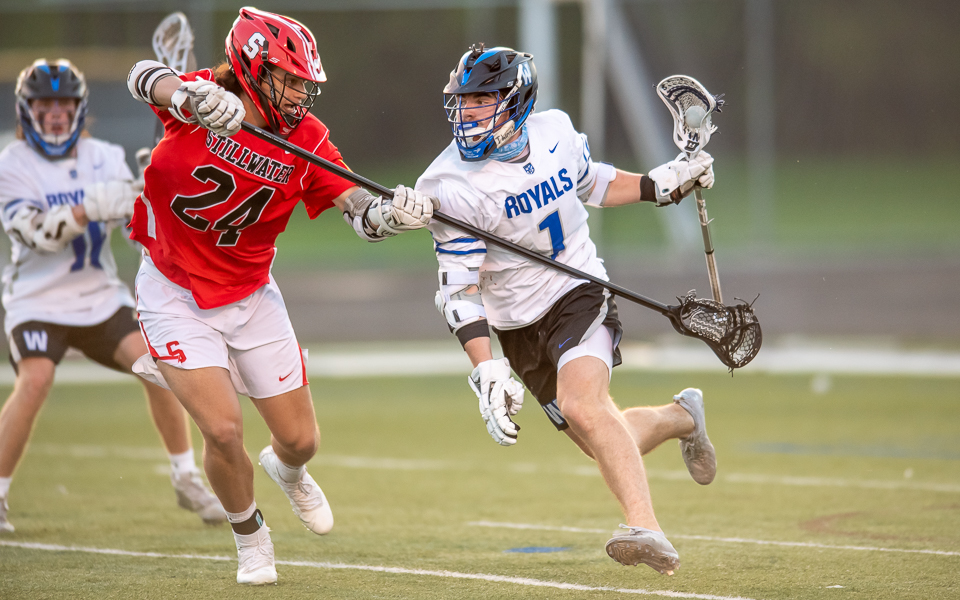 Trailing by three after one quarter, the Royals fought back for an 8-7 win Friday against the Ponies.

Senior midfielder/attack Conor Hooley led with two goals and three assists despite going without a point in the opening quarter. 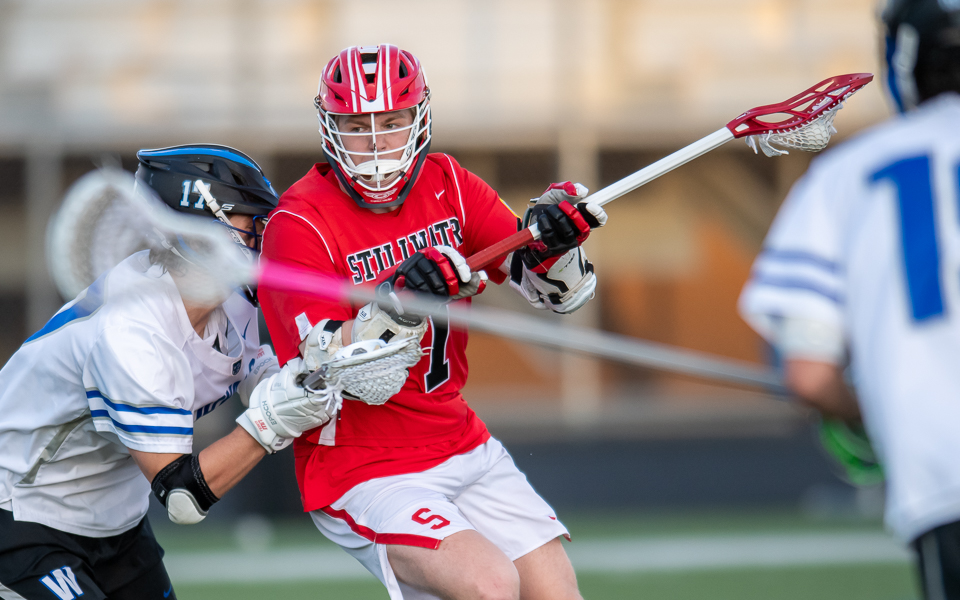