Two Elks players had at least three goals in the rout over the Eagles. 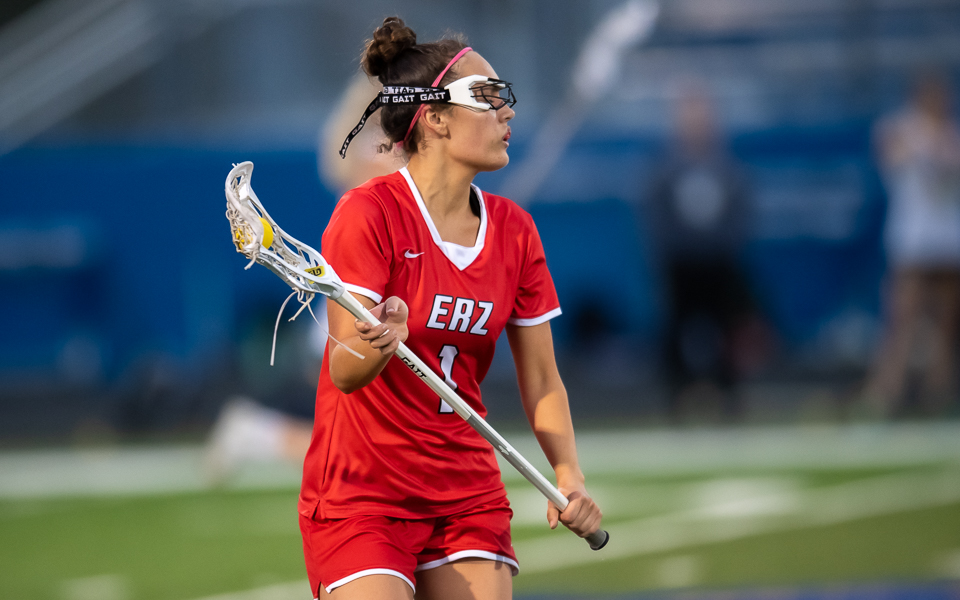 Elk River's Adria Kotzian scored four goals and had one assist in a 20-2 win over the Totino-Grace on Wednesday night. Photo by Earl J. Ebensteiner, SportsEngine 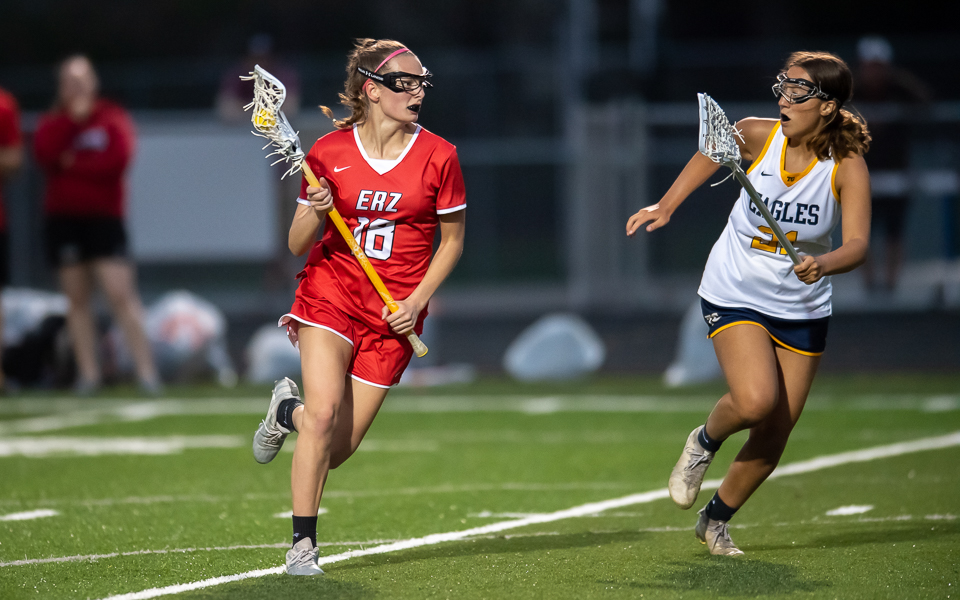 The Elks’ Lilly Lassek (left) scored a goal in the second half of Wednesday's 20-2 victory. Photo by Earl J. Ebensteiner, SportsEngine

Elk River/Zimmerman put on a dominant display to defeat Totino-Grace/St. Anthony 20-2 on the road on Wednesday night. The game was pushed to an earlier start time to try to avoid severe weather in the forecast.

Lightning shortened the game by about three minutes, but the Elks’ attack was lightning quick the entire game. 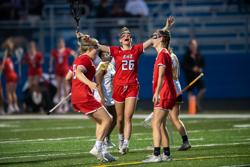 Elk River (7-2, 6-2) scored early and often in the first half, as Madelyn Christian scored just under two minutes into the game. Allison Gfoerer scored 36 seconds later for the Elks and the tone for the game was set. The Eagles (4-6, 3-6) appeared to be growing into the game about five minutes in, as they had a long spell with possession and a couple shots just off target.

But a long pass from goalie Breanne Plude to Katie Wozney set up a transition goal for Adria Kotzian. That was the first of a game-high four goals for Kotzian, who added two assists as well. Annika Wozney scored 23 seconds after the restart and just like that it was 5-0.

Plude played a big part in the next Elk River goal as well. She stopped a penalty shot — one of her two saves in the game — and the Elks turned it into another quick transition goal, this one scored by Ashley Hess.

The Elks ended up scoring 10 goals in the game’s opening 15 minutes. By halftime, it was 13-1 in favor of Elk River/Zimmerman. Lauren Snustad scored the lone goal in the first half for the Eagles. The Elks were less prolific in the second half, but their skill was still on display. Ashley Hess added a goal in the second half to give her a hat trick. Katie Wozney added a goal while she was falling down after contact with a defender.

Kiera Laney scored the goal for the Eagles in the second half. Danika Larson added seven saves in the game. 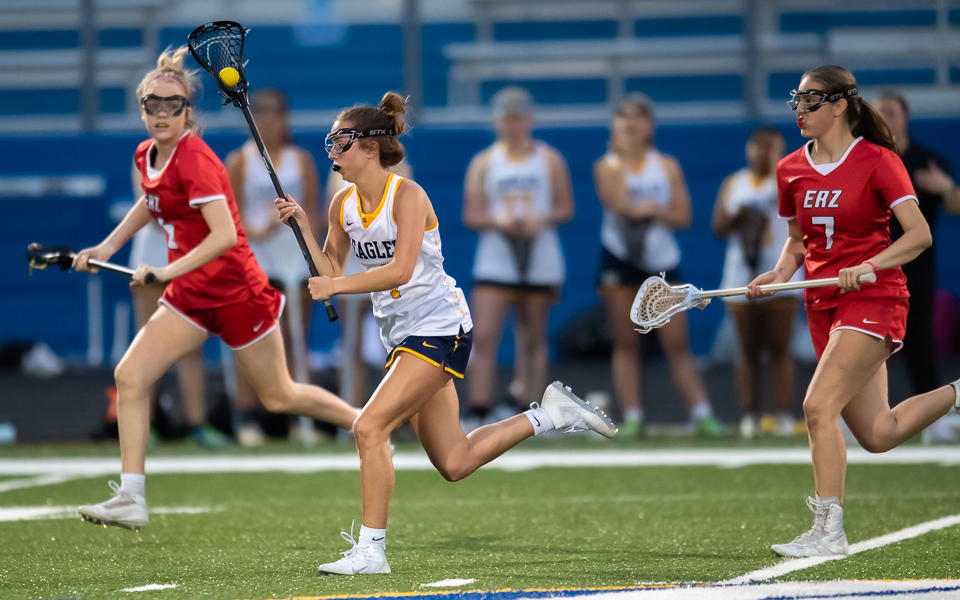 The Eagles' Kiera Laney is on her way to scoring a goal in the second half of a 20-2 loss to the Elks in a Northwest Suburban Conference game. Photo by Earl J. Ebensteiner, SportsEngine

MN Girls Lax Hub polls are for entertainment purposes only.