Emily Moes led the Cougars with seven goals in the win over the Panthers. 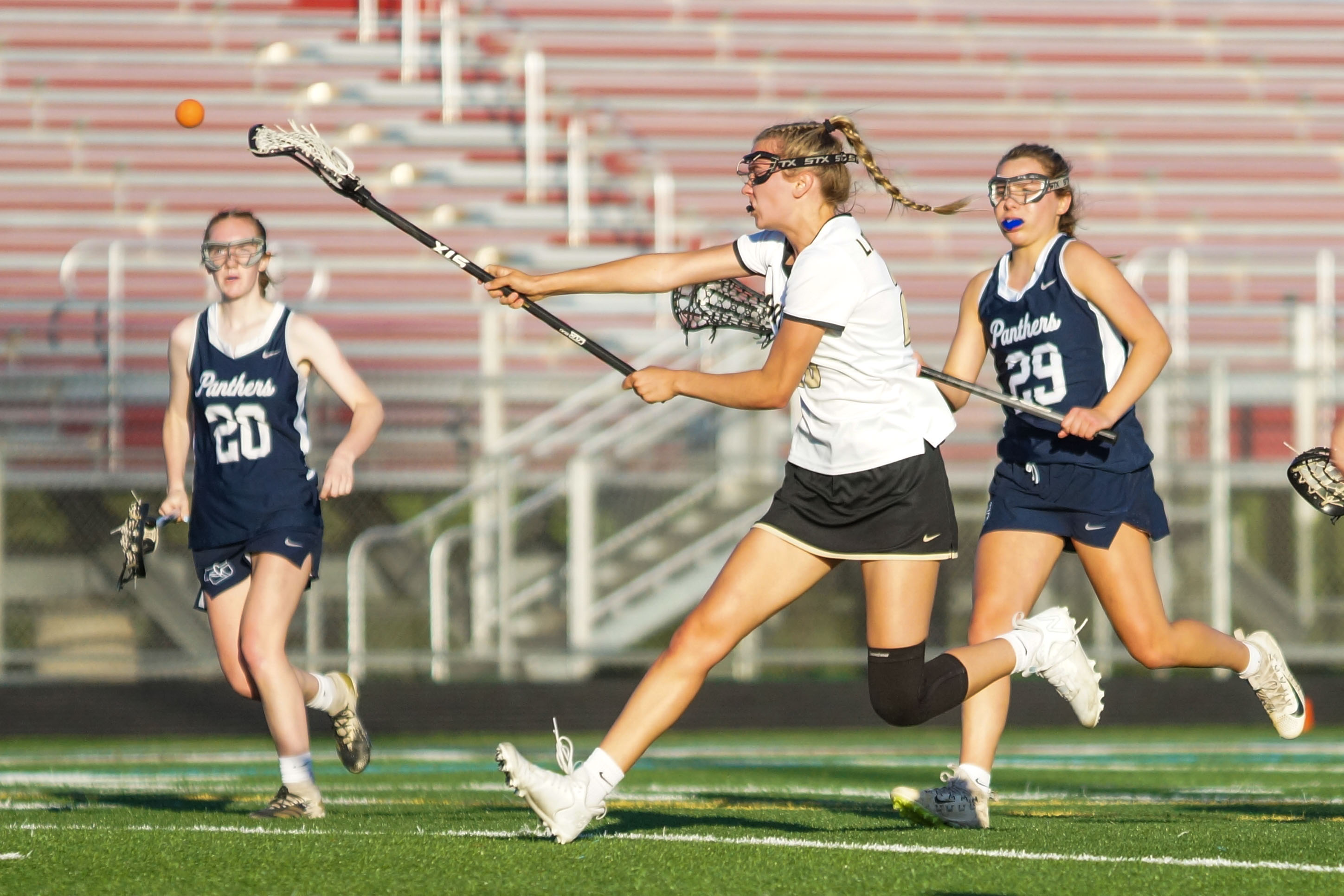 Lakeville South is one win away from the state tournament and has yet to allow a goal in the postseason.

The Cougars won their 12th straight game, doing so in dominating fashion, winning as the No. 1 seed over No. 4 seed Rochester Century, 21-0, in Friday’s Section 1A semifinal.

Some nice saves by Rochester Century (11-4) goalie Abigail Conners kept a high-powered Lakeville South (14-1) offense to two goals in the opening nine-plus minutes. The Cougars have scored seven or more goals in every game this season and double digits in all but two. 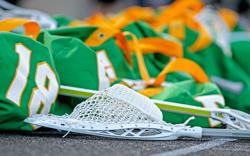 “I think that we kind of struggled to work hard in the beginning, but I think we realized our mistakes and we’re good at correcting them right away,” Lakeville South’s Katie Grubbs said. “So I just think that’s a cool thing about our team.”

The Panthers threw a different look that took the Cougars some time to solve.

“They ran a backer zone. When you don’t see it all year, you’ve kind of got to adjust,” Lakeville South coach Patrick Crandall. “I think they adjusted well.”

That’s an understatement. The goals began to come like lightning for the home team.

Lakeville South swelled its lead to 8-0 at the halftime break. Emily Moes scored four of her game high seven goals in the first half. In just seven games this season upon returning from injury, the junior attack has racked up 27 goals and eight assists. Moes is one of three Cougars who were 2021 USA Lacrosse All-Americans along with senior attack Brielle Fannin and senior attack Lauren Sheets.

Lakeville South’s only loss this season was a 10-9 result on April 26 to current No. 1 Chanhassen with Moes out of the lineup.

“It’s been really fun,” Moes said of working her way back into game action in May after practicing all season. “I have the best teammates and supportive coaches, so it’s been really good.”

“That girl reads the field like no other,” the junior Grubbs, who had a goal and an assist, said of Tschida. “Her I.Q. level for lacrosse is impressive, too.”

The Cougars have a veteran defense with seniors Cameron Hammes, Morgan Haapala and Taylor Otremba helping out goalie Lindsay Wirfs, who took care of both shots on goal she faced.

Lakeville South managed to hold a prolific scorer to a goose egg.

According to stats submitted to Minnesota Lacrosse Hub, Rochester Century junior midfielder Sophie Langsdale was tied for fourth in the state with 60 goals. She also has 11 assists. Langsdale scored in every other game this season and had 12 hat tricks.

“Sophie’s had a great year. She made a big jump,” Rochester Century coach Tyler Johnson said. “I think she scored approximately three times as many goals as last year. She’s toward leaders in our assists, third on the team in ground balls and third or fourth in turnovers. So she’s not just an offensive player; she plays mid for us, offense and defense. She’s a complete player and a junior with a whole other year to grow.”

Friday’s result withstanding, 2022 was a peak year. Century won the Big 9 Conference with a 9-1 record and its only loss to Owatonna was avenged in the regular season and in the section quarterfinals.

“The Big 9 championship was a big one for us. It was the first one in our school for the official Big 9,” Johnson said, referencing a 2014 unofficial title won over three other teams. “We’re proud of that. On a personal level, I was proud my peers elected me as section coach of the year. We did a lot as a team. We grew quite a bit. We’ve had a strong defense the last couple years. Today withstanding, we’ve averaged over 15 points per game. So we’ve really jumped on the offensive side.”

Lakeville South will host the section championship at a time to be determined Tuesday against Saturday's winner of No. 3 seed Lakeville North at No. 2 seed Farmington.

The Cougars won at Farmington 19-1 on May 3 and 20-1 at Lakeville North on May 10. A win Saturday gets them back to the state tournament after a runner-up finish in 2021. 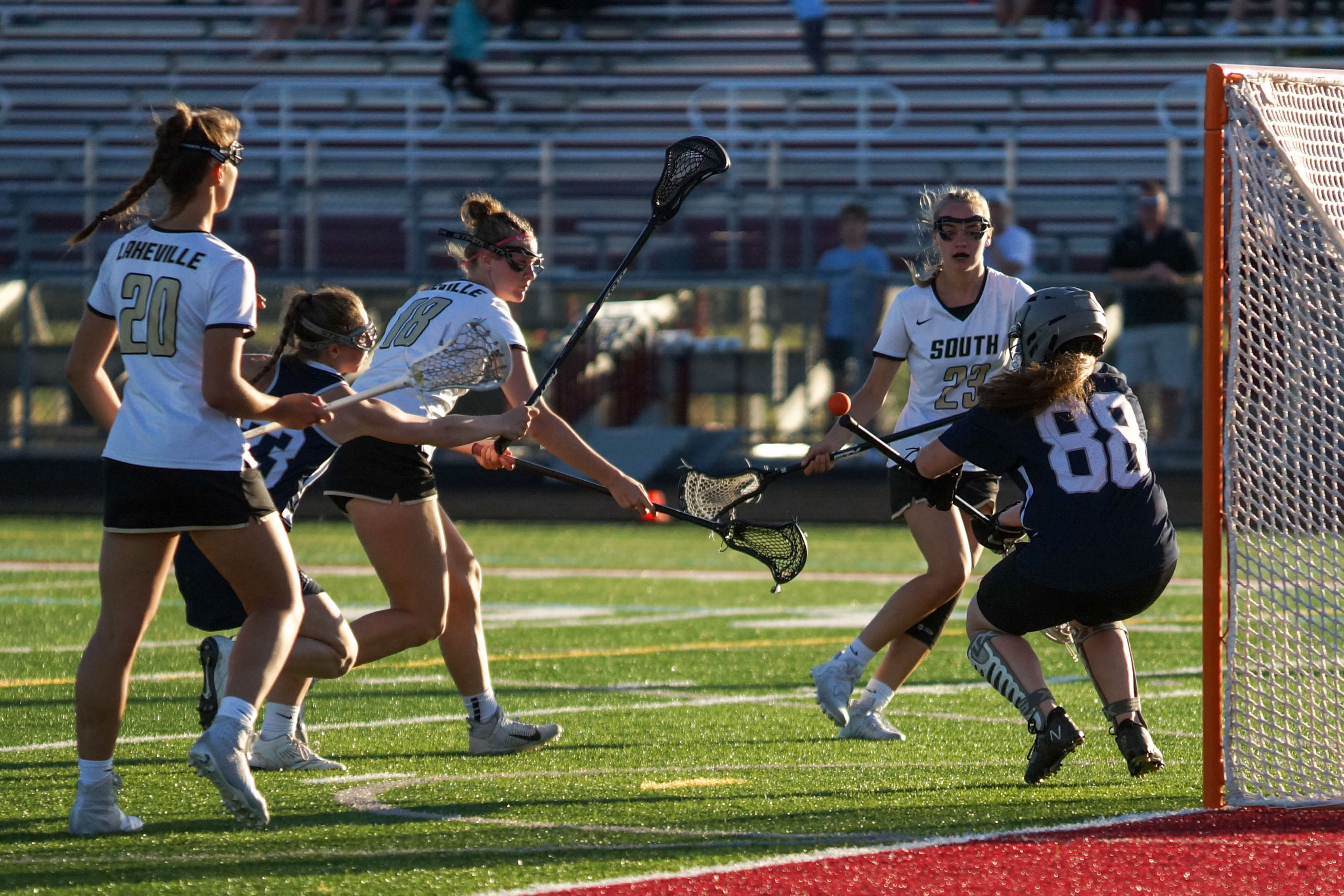 A pair of conference champions met in the Class 1A, Section 1 semifinals.

The South Suburban’s best got the better of the Big 9’s as No. 1 seed Lakeville South defeated No. 4 Rochester Century 21-0.

Lakeville South will host the section championship Tuesday against Saturday’s winner between No. 3 seed Lakeville North at No. 2 seed Farmington. 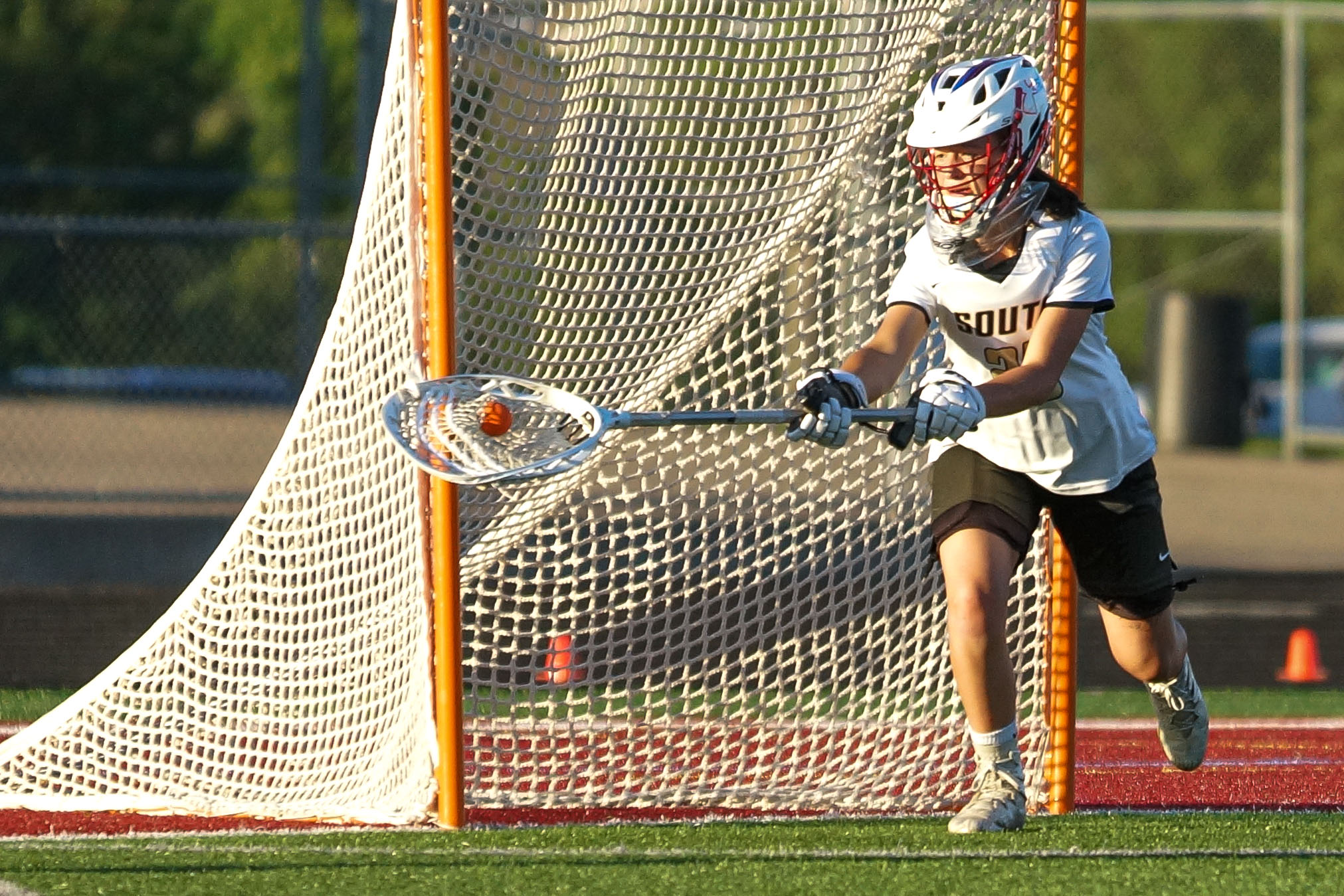 Cougar goalie Lindsay Wirfs with one of only two required saves Friday night in a shutout semifinal victory over Rochester Century. Photo by Korey McDermott, SportsEngine