The Warriors dominated the Wolfpack to clinch a trip to the state tournament.

Two Rivers/Gentry Academy rolled into the state tournament with a 15-5 victory over Park of Cottage Grove, led by junior attacker Eva Anderson and her 7 goals. Photo by Korey McDermott, SportsEngine

Warriors' attacker Bella Munz (35) nets her third goal on the night, even with her eyes closed as she takes a high stick during play Thursday night. Photo by Korey McDermott, SpotsEngine

Last year's season ended one win away from a section title for the Gentry Warriors.

This year, the section tournament ended in celebration.

Gentry used a nine-goal first half to win a 15-5 game against Park of Cottage Grove in the Section 3 championship game Thursday at Two Rivers High School. One year after falling 13-12 to Rosemount in the championship, the feeling on a warm June evening was positive. 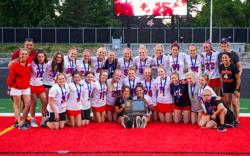 "It feels amazing to get back into the swing of it and finally accomplish what we've been striving for," said junior Eva Anderson, who scored a team-high seven goals Thursday. "Especially since last year was our inaugural season, to bring it back this season and make it to state was amazing."

Gentry (13-1) started its season with a trip to Madison, Wis. to face top Illinois school New Trier. The Warriors have not lost since that 17-9 defeat on April 16, scoring almost 20 goals per game over the 13 win stretch.

"It feels incredible, especially for Jaylen," said Anderson about senior Jaylen Rosga, who is committed to play lacrosse at Maryland. "I'm so incredibly proud of her, I love her so much. I'm just so proud, because we have such a young team."

Gentry has four seniors and two juniors listed on the varsity roster. Among those upperclassmen are leading scorers Rosga with 62 goals on the season and Anderson with 53.

The scorers will lead the Warriors into their first-ever state tournament when it gets started Tuesday at Stillwater Area and Roseville Area High Schools.

"It has certainly been a very good season for these girls," head coach Jeff Rosga said. "And a credit to them, they committed to what we've asked as a coaching staff to commit to each other, believe in each other, and then play together."

For the Wolfpack, a 10-goal loss did not erase a feeling of accomplishment from this spring's season.

Park (12-4) was able to build on the experience many of its previously inexperienced players had gained to win 12 games and advance to the section championship.

"At the start of the season, we didn't know what we were going to have," head coach Scott Leonard said. "In the fourth practice, we're running a seven-on-seven drill, I look up and our defense is amazing; lightyears ahead of where we were the previous year."

The Gentry Warriors are headed to the state tournament for the first time in program history.

A season after falling one game short, Gentry (13-1) achieved one of the season's goals by beating Park of Cottage Grove 15-5 at Two Rivers High School in the Section 3 championship game Thursday.

Park's defense started the game by slowing the Warriors offense, but only for the first three minutes. Gentry scored nine goals in the first half and stayed patient in the second half to keep the Wolfpack out of reach. 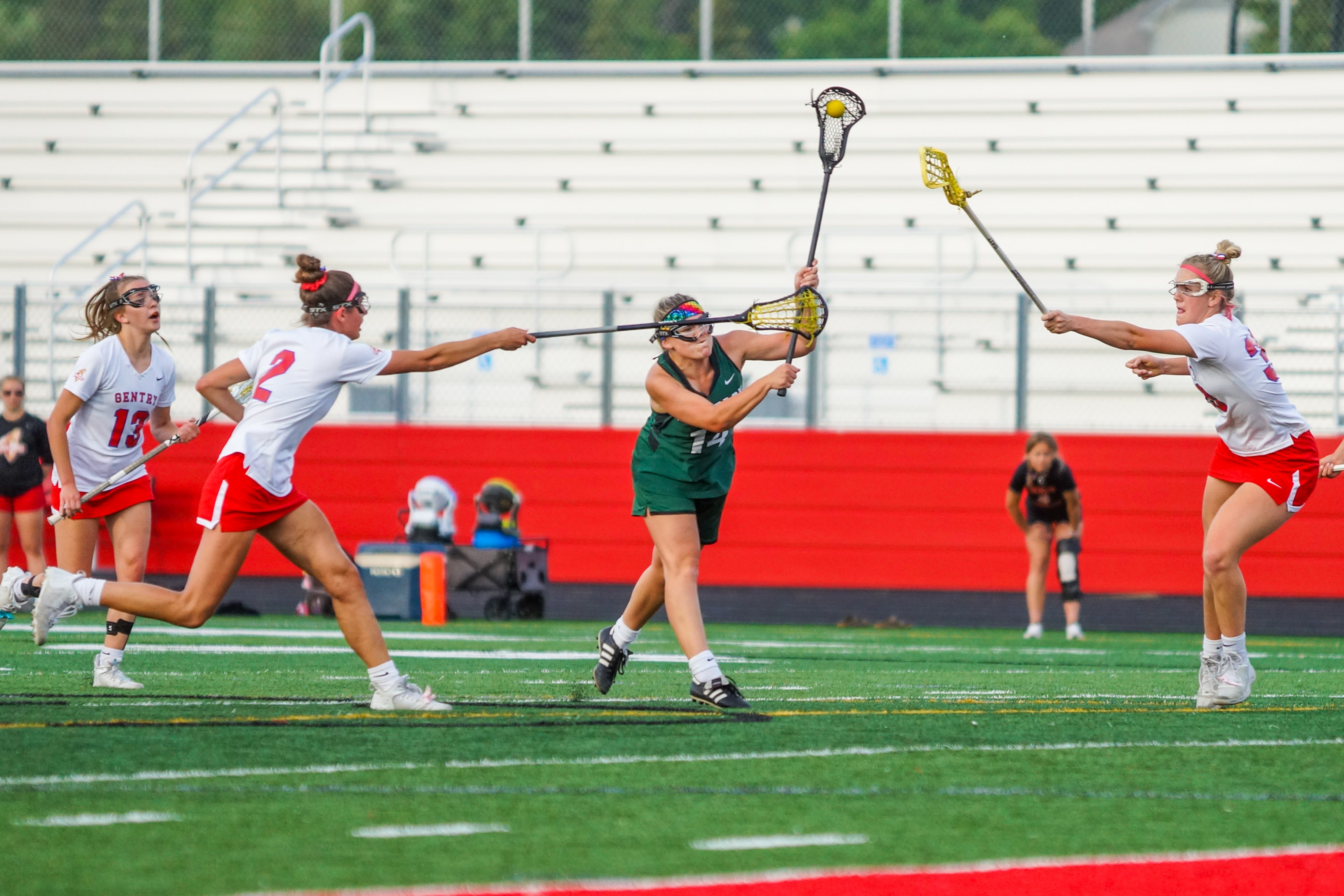