Andover’s Claire Nelson, at the peak in both talent and effort, is the Star Tribune’s Metro Player of the Year in girls’ lacrosse

A senior headed to Michigan, she scored 49 goals with 39 assists during the regular season. 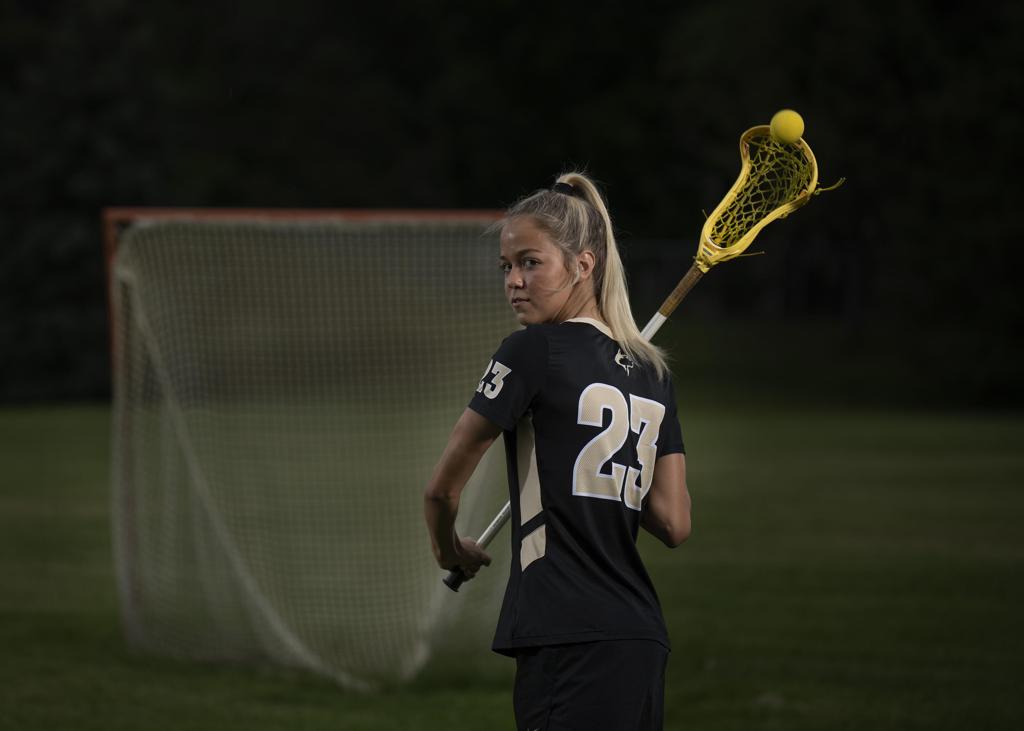 Claire Nelson of Andover, with 49 goals and 39 assists, is the Metro Player of the Year in girls’ lacrosse. (Photo by Jerry Holt, Star Tribune)

Coach Brad Geiss holds up Nelson as the Huskies’ most talented player and their hardest worker.

“She makes our other athletes emulate her habits,” Geiss said.

They follow Nelson because the results are undeniable. Andover reached the 2021 state tournament and qualified again this season. Entering the tournament, Nelson had racked up 49 goals and 39 assists.

Nelson, leading through her words and deeds, is the Star Tribune Metro Player of the Year.

She originally left Andover in seventh grade to attend Gentry Academy, a private school in Vadnais Heights. At the time, the school partnered with Minnehaha Academy in girls’ lacrosse. As an eighth-grader, Nelson helped the team to the state tournament with talented peers Jaylen Rosga and Lucia Selander. As freshmen, they ended up attending Two Rivers and Cretin-Derham Hall, respectively. Nelson stayed at Gentry through ninth grade before transferring.

“I wanted to be challenged academically, and I don’t think Gentry was really providing that for me,” Nelson said.

The coronavirus pandemic wiped out the 2020 season, and Nelson made her Andover debut as a junior last spring. The season ended with Andover’s first state tournament appearance.

“When I first came back, I knew that we could do it,” Nelson said. “The girls have talent and it just clicked these past two years. I don’t think it had anything to do with me. It was a goal for the team, and I just wanted to help make it happen.”

Nelson might not acknowledge her catalyst role, but Geiss knows better. Andover lost only one regular-season game this season — to Eden Prairie — and Geiss still hailed Nelson “as the best player on the field that game.”

Connecting on 39 assists, a high number for a player with so many goals, demonstrates Nelson’s desire to involve teammates.

“An assist shows that a team can do a lot,” said Nelson, who has signed to play at Michigan. “And seeing my friends score is like seeing myself score. It’s just as fun.”