Girls' state semifinals: Lakeville South rallies past Rosemount for a spot in the title game

Emily Moes scored in overtime, putting the Cougars into the final for the second year in a row. 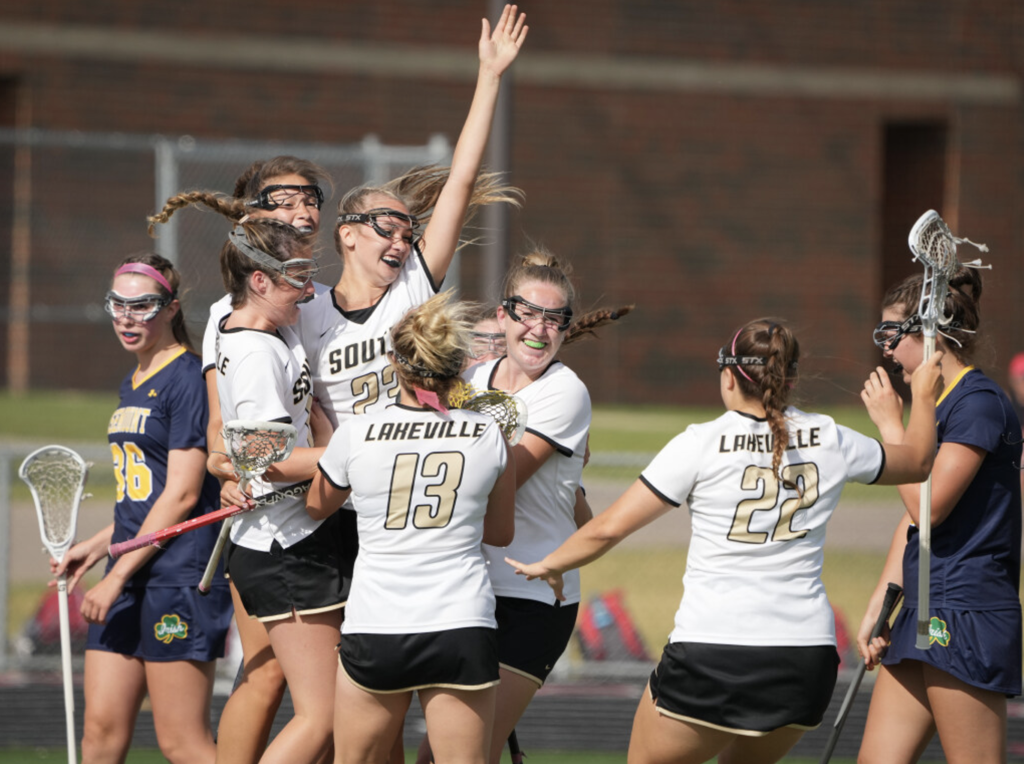 Lakeville South has so many weapons, it doesn’t matter who comes to the forefront.

Junior attacker Emily Moes netted her fifth goal of the game in the second overtime, giving the Cougars a come-from-behind 14-13 victory over Rosemount in the girls’ lacrosse state tournament semifinals Thursday at Stillwater High School.

The Cougars advanced to the title game for the second consecutive year and third time in program history. They were the runner-up both times, losing to Prior Lake 15-7 last year and to Eden Prairie 14-13 in double overtime in 2015. Chanhassen will be their opponent in the final Saturday.

Teammate senior attacker Lauren Sheets scored two goals 22 seconds apart, the last with 1 minute, 16 seconds remaining to tie the score at 13-all and force overtime. Sheets, who had a hat trick in the Cougars’ quarterfinal victory, also scored five goals.

Rosemount (12-6) appeared to take control of the game after scoring five consecutive goals in the second half to open a 12-6 lead. Lakeville South (17-1) scored eight of the game’s final nine goals.

It marked the second time the Cougars beat Rosemount on the year, winning both teams’ season opener 10-8.

The teams were deadlocked 6-6 when Bjugan and junior attacker Aly McPartland scored back-to-back goals, giving the Storm the lead for good with 14 minutes remaining.

Sophomore attacker Julia Evens had five goals for the Red Knights, who lost for the second time this season to Chanhassen. The score was 10-6 during the regular season.

Chanhassen advances to the state championship for the first time in program history. The Storm beat Lakeville South, its opponent for the championship, 10-9 earlier this season.