Saturday’s championship game will be their fourth consecutive time playing for first place at state. 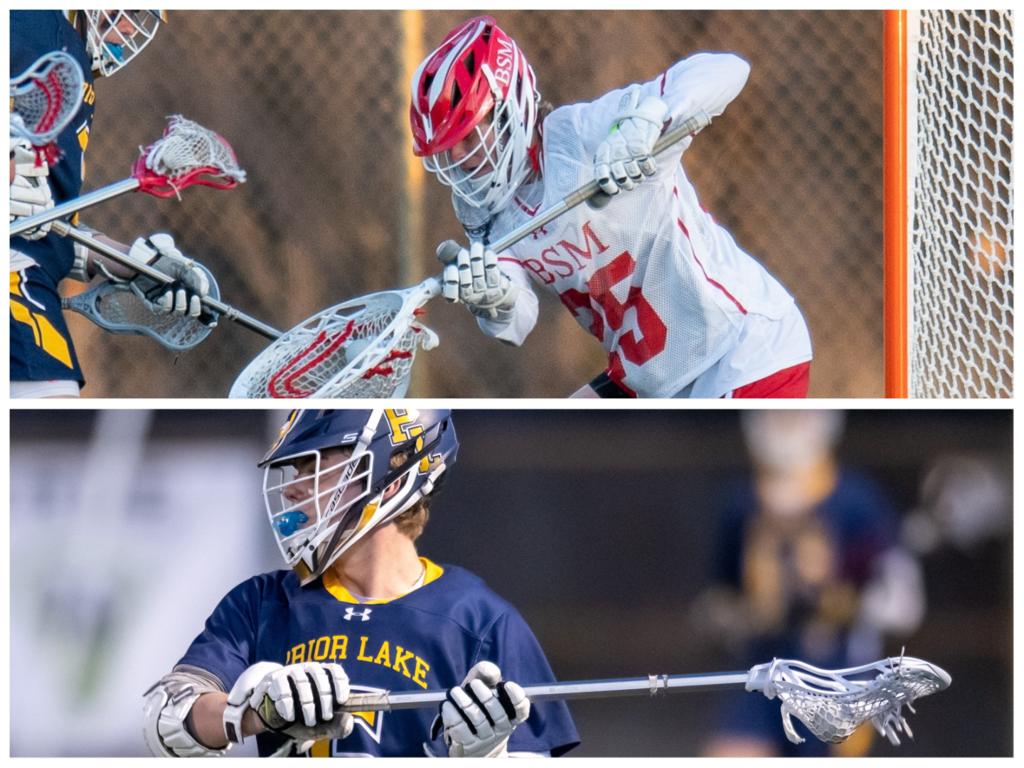 A Benilde-St. Margaret’s boys’ lacrosse team with three All-America selections on the defensive side of the field needed its offense to preserve an undefeated season and chance for a state title defense.

Trailing by two goals in the third quarter, the top-seeded Red Knights rallied with seven unanswered goals for a 15-10 semifinal victory Thursday at Roseville High School. They advance to face No. 3 seed Prior Lake (15-2) in the title game for the fourth consecutive time. The showdown is scheduled for 6 p.m. Saturday at Stillwater High School.

Benilde-St. Margaret’s (18-0) surrendered nine or more goals in a game for the first time this season before clamping down in the fourth quarter.

“Stillwater came out with a lot of fire, but we dialed it in,” said senior goalie Justin Dalum, an All-America pick who won his 30th consecutive game dating back to last season. “We stayed together, played good team defense and didn’t let them get any easy looks.”

No. 4 seed Stillwater (14-4) went ahead 10-8 on a Sam Ness goal in the third quarter. Benilde-St. Margaret’s drew even, then drew a penalty on Ponies faceoff specialist Corbin Van Duyne for an illegal stick. The Red Knights scored a man up and never trailed again. Coaches initiate stick checks.

“The faceoff guys’ sticks tend to get more bent and warped than everyone else’s,” Stillwater coach Peter Flock said, explaining why the ball didn’t come out of the stick cleanly when tipped upside down. “That was a strategy by [Red Knights coach Rob Horn]. I’m not sure if I would have done the same.”

Horn avoided that matter postgame but said, “Stillwater had a great game plan, they made us earn every possession.”

Prior Lake 20, Centennial 7: Dodge or pass. Shoot and score. Repeat.

Prior Lake executed this formula to perfection throughout a 17-0 run to bury Centennial.

The No. 3 seed Lakers (15-2) trailed the Cougars 4-3 after the first period. Noah Berger contributed two goals as Centennial (15-3), which had defeated No. 2 seed Chanhassen on Tuesday, looked poised to spring another upset.

“After they beat Chan, we knew they were legit,” said Prior Lake senior attackman Justin Simonson, a Star Tribune All-Metro first-team selection. “We scrimmaged them during the season and we won by a good margin, but we knew it was going to be a different team we were playing this time.

“They were physical and they came out hot. After the first quarter, Coach told us to calm down and move the ball around because passes are always going to beat physicality.”

Simonson’s second-quarter hat trick, plus two goals apiece from Eric Dueffert and Jack Tocko, were part of nine unanswered goals. The Lakers led 12-4 and extended their run into the fourth quarter. Their 20 goals was their second-highest output this spring.

Centennial coach Jon Beach had lost track of how many goals Prior Lake scored in the decisive second quarter. But he knew well what it did to his team.

“Them putting in nine in that second quarter was demoralizing,” Beach said. “We understand that their offense is lights-out all the time. It was going to take possession for us to really be in the game. The first quarter was really good for us. We just kind of got away from that.”