No. 2-ranked Eagles bolt to big early lead, hang on to beat No. 1 Blake 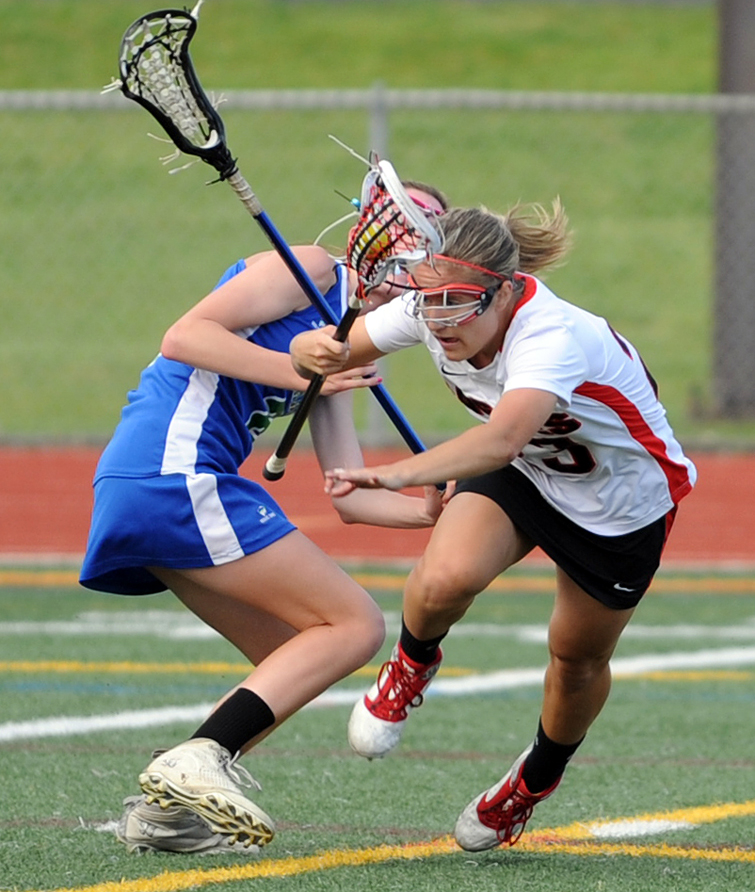 Stopwatches aren’t commonplace at lacrosse games, and, certainly, it doesn’t require a couple thumb clicks to confirm that Christine Easton is bullet-train fast.

Still, it would be a fun exercise to measure just how fast.

This much we do know: If Easton scoops the ball off the opening draw, then runs full throttle down the middle of the field, then passes to wide open teammate Heidi Colford, Eden Prairie needs just 8 seconds to score the game-opening goal.

“That’s pretty signature Eden Prairie,” Blake coach Laura Mark said. “That’s the one thing we say every time we play them, ‘Whatever you do, don’t let them score first.’ ”

Easily said. Not so easily executed. 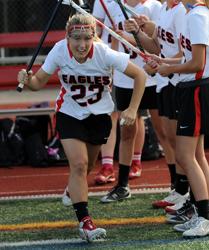 With Easton, one of seven Ms. Lacrosse finalists, running wild, the Eagles scored the first three goals, led by six at halftime and cruised to a 14-8 victory over the Bears on Friday, May 10, in what was easily the most anticipated regular season matchup of the season.

Blake entered the regular season finale with the state’s No. 1 ranking and an 11-1 record, the lone loss coming to New Trier, Ill., during an early season tournament in Wisconsin. Eden Prairie was 12-0 and ranked No. 2.

The teams have met in all five Minnesota State High School League-sanctioned state championships. Eden Prairie has two titles, Blake has three – including back-to-back championships the past two seasons.

“We played summer league together, so we’re all best friends off the field,” said Easton, who dished out hugs to Blake players after the game seemingly as easily as she scored goals against them – five of them in all. “And then, on the field, you just have to kind of forget about that. Off the field I hang out with them all the time.”

Easton stands 5-foot- … let's just say height is her only stat that doesn’t amount to much. An Ohio State recruit, Easton finished the regular season with 75 points on 59 goals and 16 assists.

“You know, she is this big, but she can reach up and snag balls out of the air,” Eden Prairie co-head coach Judy Baxter said, raising her hand waist high. “She’s the best finisher I’ve ever had. Probably the best player I’ve ever had. I hope she has a chance for (Ms. Lacrosse), but she’s all about winning the state championship.”

Easton admits she sometimes wonders how Blake will align its defense when the teams meet.

“It runs through my head,” she said. “But I try to not worry about what they’re going to do, and just focus on what I’m going to do.”

Goaltender for all seasons 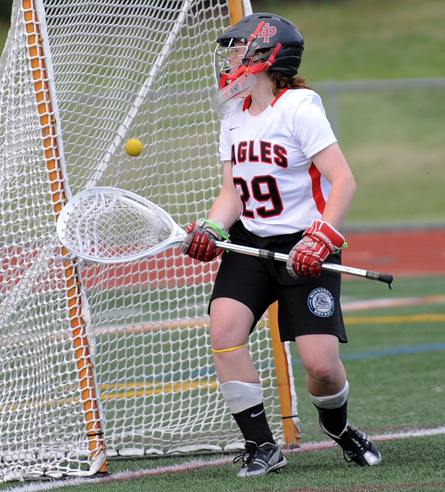 Eden Prairie junior McKenzie Johnson has been the starting goaltender for the Eagles' girls hockey and lacrosse teams since she was in the eighth grade. Photo by Helen Nelson

Eden Prairie’s McKenzie Johnson has been a goaltender for so long and for so many teams she’s lost count how many games she’s started.

Not that she’s even bothered totaling them up. Not beyond one – the next one – anyway.

“I guess I just look ahead to the next game,” said Johnson, a junior who has been the starting goaltender for the Eagles’ girls hockey and lacrosse teams since the eighth grade.

That amounts to hundreds of games, and none are bigger than the annual spring matchups with Blake. The teams have met in all five MSHSL-sanctioned state championships, with Eden Prairie winning twice.

“I’ve been playing against them for a while now, so I kind of know what they are going to do,” Johnson said about the Bears, who feature two of the state’s most deadly snipers in senior Meghan Bauer and sophomore Lydia Sutton. “So I usually work on it a few times before practice, what their typical shots are.”

Johnson made seven of her 10 saves in the second half of the Eagles’ 14-8 victory over a Blake team that averages just less than 15 goals per game.

Several of Johnson’s stops were on point-blank shots from Blake’s Anne Slusser and Nicole Kozlak. The uber-aggressive Johnson also broke up several Blake passing plays in the crease area and was nearly flawless with her clearing passes.

“I thought she came up with some really exceptional saves,” Blake coach Laura Mark said about Johnson. “She made our attackers work really hard to score.”

While hockey is Johnson’s primary sport – she has drawn heavy interest from several Division I women’s hockey programs – she said lacrosse offers an equal amount of fun.

“We’re winning games and all, but the best part is the chemistry,” Johnson said. “Everyone is so close, we can just go and hang out together and have a great time. It’s awesome.”

Heidi Colford needed just 8 seconds to open the scoring, Ms. Lacrosse finalist Christine Easton scored four of her five goals in the first half and McKenzie Johnson made a handful of spectacular saves on point-blank shots as No. 2-ranked Eden Prairie cruised to a 14-8 triumph over No. 1 Blake on Friday, May 18, at Eden Prairie High School.

The Eagles (13-0) dominated the first half, cruising to leads of 3-0, 6-1 and a halftime score of 9-3 on a goal by Easton with three seconds remaining.

Two-time defending state champion Blake (11-2), came to life in the second half, getting three goals from senior Ms. Lacrosse finalist Meghan Bauer, but the Bears never got closer than four goals.

Blake outshot Eden Prairie 12-7 in the second half and won 8 of 11 draws but could not outscore the Eagles, with both teams notching five goals.

1. Christine Easton, Eden Prairie
The girl they call “Giz” was dominant in the first half, flashing her speed and unmatched finishing knack en route to four goals. One of seven Ms. Lacrosse finalists, the Ohio State-bound Easton finished with five goals and two assists.

2. Emma Claire Fontenot, Eden Prairie
A junior who has 2013 Ms. Lacrosse finalist stamped all over her, Fontenot scored four goals, but was just as effective as a playmaker. She notched three assists while playing the role of symphony conductor on several note-perfect passing plays.

3. Meghan Bauer, Blake
A senior Ms. Lacrosse finalist who has been a dominant player seemingly forever, Bauer was a second-half whirlwind, scoring all three of her goals. She also was dominant on faceoffs, helping the Bears win 8-of-11 draws. 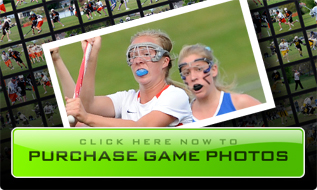