St. Thomas Academy is 6-0 after being ridiculed online in preseason 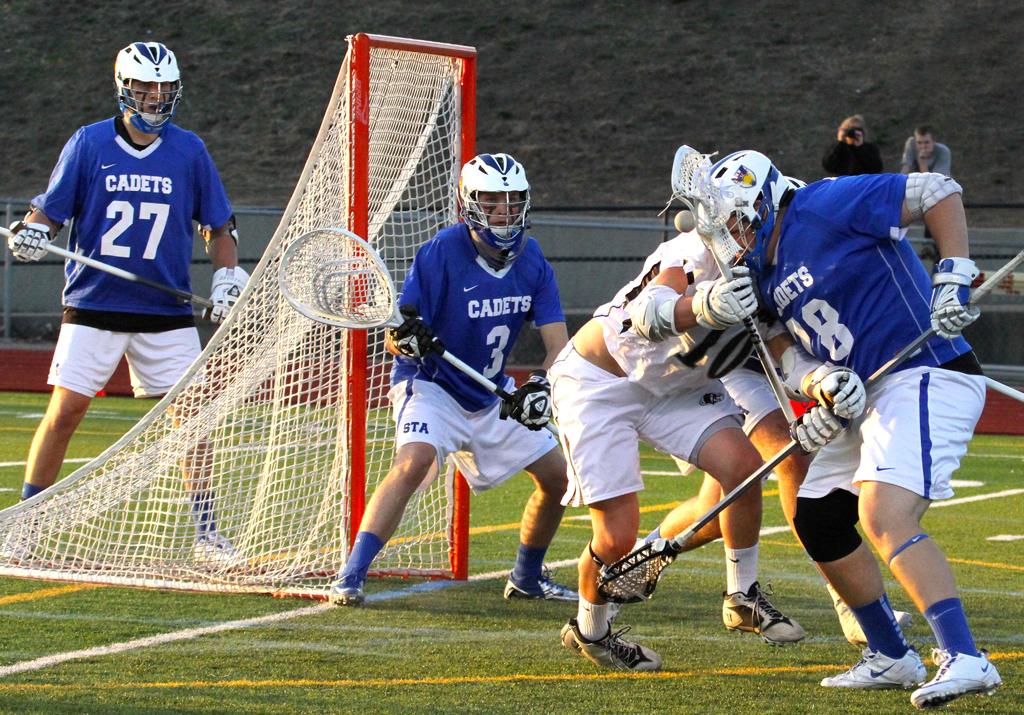 “People on the website forums were saying our team was laughable and that we only have a couple players,” senior midfielder Benny Williams. “I think we have a chip on our shoulder.”

Are the critics still laughing? It’s still early in the season, but the Cadets haven’t given them any credence. That’s what a 6-0 start through Tuesday’s victory over Rochester Mayo will do.

“With each step we take, we think about being laughable at the beginning of the season,” Williams said. “Look where we are now. That was definitely something that got us pretty riled up going into the season.”

The competition would be wise not to rile the Cadets’ defensive corps. Especially 6-3, 230-pound junior J.R. Riley, who was named a Star Tribune “player to watch’’ this preseason. He hasn’t disappointed.

“He’s our enforcer — a really intimidating dude,” Williams said of Riley. “Nobody wants to mess with him.”

Team defense is a definite strength for the Cadets, who have three stalwarts who make it difficult for opposing offenses to generate scoring opportunities.

“They are all dominant forces back there,” Williams said. “They’re all lockdown defenders. Tough to get by.”

If they do get chances, Chase Bockstruck is waiting in goal. The senior has been nothing short of spectacular.

“He’s a gamer,” Williams said of his netminder. “He knows how to stop the ball. He puts his game face on.”

The Cadets also have taken care of business offensively. Williams notched seven goals and eight assists through the first five games while winning about 80 percent of his faceoffs. Attacker Will Dahl scored two goals and four assists in the season opener. The midfielders are fearless, not relying much on finesse.

“If a defenseman shuts us down on one dodge, we’re going right back at him the next time,” Williams said. “I just think that’s our whole offense’s mentality. We like to push the ball and put it in the net.”

The team has bought in. The coaching staff knows this group has to play as one. That’s the team philosophy.

“STA lacrosse focuses on becoming a family with one goal. That goal is to have fun and play together,” head coach John Barnes said. “A mix of seniors, juniors, sophomores and freshmen learning to play and fight together one game at a time.”

That group will compete this season knowing that the Minnesota State High School League has added four sections, which means eight teams, not four, will reach the state tournament.

“We definitely have high hopes going into the playoffs,” Williams said. “Hopefully we can get a good run going and get further than any other team in our school’s history has gotten.”