Mahtomedi played a difficult schedule by design, learning from wins and losses 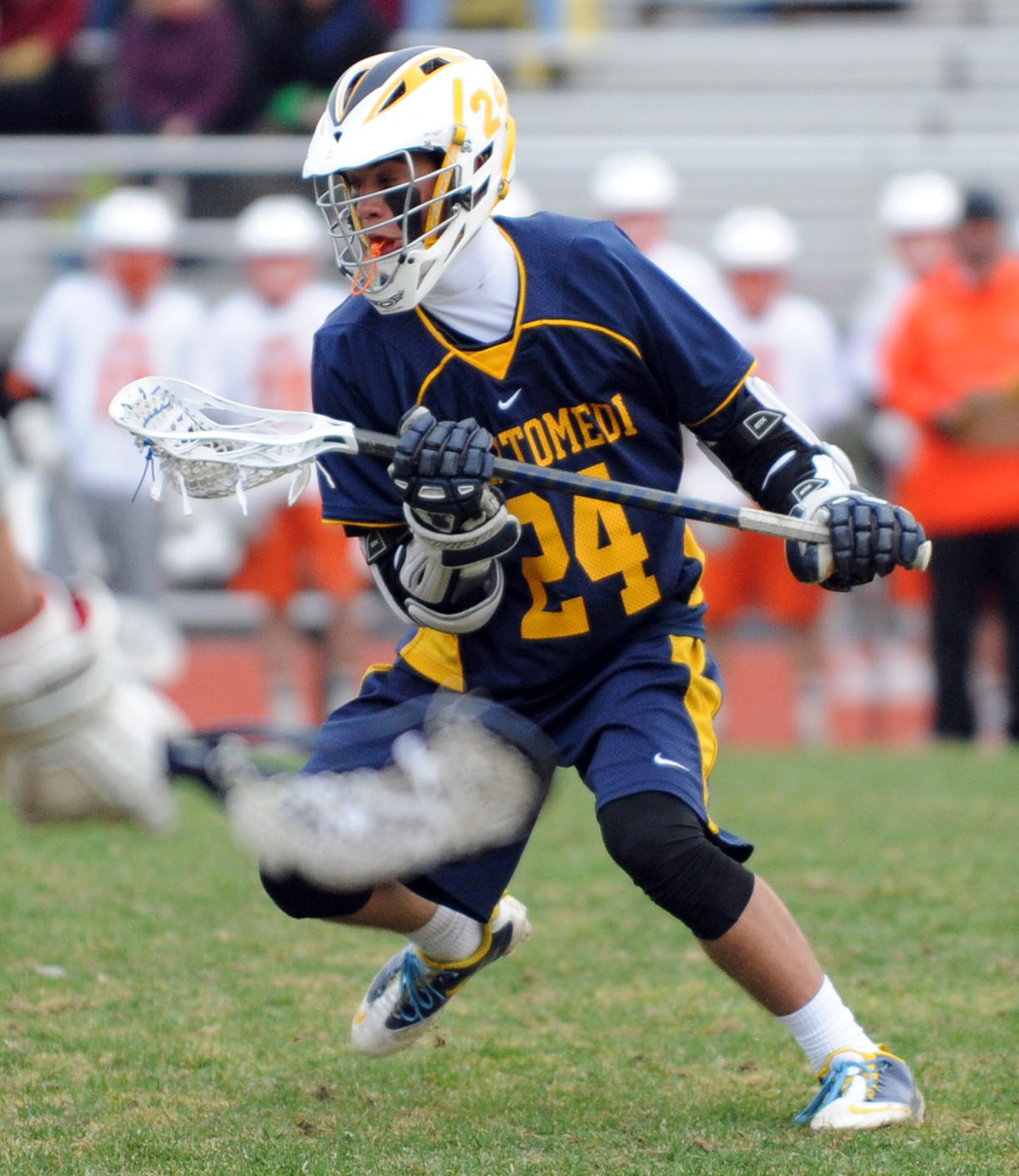 The Zephyrs didn’t set out to complete the perfect regular season. It was about playing the best teams, learning, adjusting and improving. To do so they set up one of the toughest schedules in the state.

They suffered some losses — five out of 10 games — as a result. The Zephyrs aimed to gain experience and learn from their defeats to Benilde-St. Margaret’s, Blake, Prior Lake, Blaine and Eastview — all currently top-10 teams in the state.

“It’s good to see all these teams play,” senior midfielder Mac Rathmanner said. “It teaches us how we need to play and how we can better ourselves every day in practice. We really try and go mimic those teams because they’ve been powerhouses for a while. We’re just trying to do what they do and get better every day.”

Mahtomedi wasn’t crushed by any of those powerhouses. In fact, most of the games were tight. The Zephyrs were tied with Benilde-St. Margaret’s in the fourth quarter. It was a one-goal game against Blake midway through the fourth quarter. Eastview led Mahtomedi only 5-3 at halftime.

“We’ve proven to ourselves and to other teams in the state that we haven’t won every game, but we’ve played with every team,” Mahtomedi coach Brian Strauss said.

The Zephyrs have some signature victories, too. The biggest came early in the year against White Bear Lake, a section rival and Suburban East Conference champion. The Bears have an electric offense that could score only a handful of goals against Mahtomedi, with the Zephyrs winning 7-5.

“That was a huge game for us,” Rathmanner said. “We were all very fired up coming into it. We knew what we needed to do to win. We knew we needed to win the groundball war to win that game.”

It isn’t all bells and whistles and SportsCenter highlight-reel goals. Defense is the key for Mahtomedi.

“That’s our backbone,” Strauss said. “We play a very go-get-’em type of style of defense.”

The Zephyrs are all over opposing offenses, forcing them to act quickly and keeping them out of their comfort zones. To do that, Strauss needs the right personnel.

“We look for the best athletes in the school, put a pole in their hand and tell them to run around and play defense,” he said.

He has those people. Rathmanner called senior Tim Kroshus one of the best in the state at his position. Senior James Rose and junior Tom Linden have excelled as well. The athletic, quick Joe Rutkiewicz sees the ball well in net. He’s made crucial saves to keep the Zephyrs in games.

Sam Koenig and Jake Erickson lead the team in goals. They’ve been playing together on the attack since middle school.

With sections up next, the Zephyrs are looking to cash in on their season of lessons. Regardless of record up to this point, they have higher hopes than ever.

“We set it as a goal for the program to make it to the state championship this year. We’ve been really focusing on that every day,” Rathmanner said. “It’s definitely been our mentality all year. It was never our goal to have an undefeated season — it would have been nice — but we really just focus on trying to improve every day so we can make a run to state.”