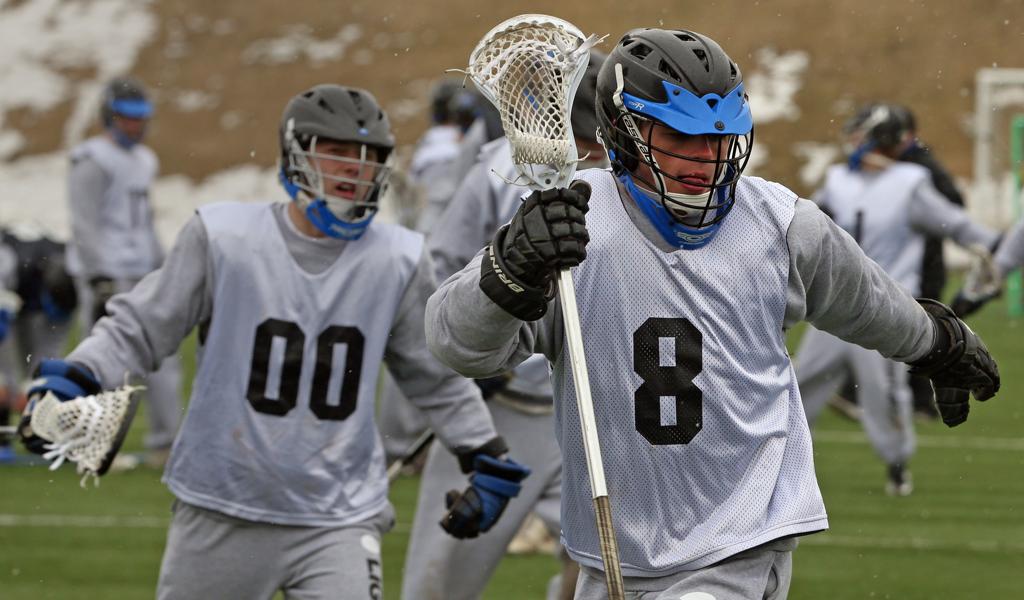 Leaving a legacy isn’t just about state titles and the glory that comes with hoisting a trophy. For the seniors on the Eastview boys’ lacrosse team, it’s about more.

It’s about being a team that returned as defending state champions and not squandering talent with a haphazard season. It’s about taking an experience and building it into something more than just a game.

The Lightning grew as a family on and off the field, wrestling with the good times, the hard times and each other. The 10-3 season and a state tournament berth brought out the best and the worst.

A 19-18 comeback victory of rival Eagan in the Section 3 final — a goal-scoring showcase for senior Ryan McNamara’s skills and what will go down as Eastview’s greatest game for quite some time — proved what the seniors knew all along: The Lightning had the talent and the pieces in place to make a deep run in the postseason.

However, putting together complete games during the regular season proved problematic. Losses to teams the Lightning knew it had outworked and outmatched called for a gut-check.

The Lightning played 13 regular season games, getting everyone’s best effort, beginning with a season-opening jolt in an overtime victory against Bloomington Jefferson.

“That woke us up right away,” McNamara said. “It let us know it was not going to be easy”

For the seniors who experienced 2012’s triumph, cohesion wasn’t an issue. Most had played together for up to six years, some since the second grade. But fielding a team deep enough and experienced enough to score five goals in the last seven minutes of the section final took more than a single line of best friends.

A half-dozen seniors suited up for varsity this spring with it being just their first and only year under the spotlight. It’s the type of reloading program that Eastview lacrosse has become under coach Tim Roche.

But uncharacteristic losses to Prior Lake and Blake sent the Lightning searching for answers.

“We sat down as a team and had a heart-to-heart,” Roche said. “[The seniors] identified as leaders that they needed to get buy-in from everybody, and make sure everyone was involved.”

The talk made it clear, the team would be in it together, from Division I recruit to sophomore goalie. From there, a group of guys so close that others couldn’t help but feel alienated began to reach out and pull the team together.

Roche’s best description of his team’s attitude and leadership is “white collar.” By comparison, last year’s rough-and-tumble squad did everything with an in-your-face and gritty blue-collar way.

This year’s team is more calculated, managed from the top down. Game-day breakfasts at Bruegger’s make sure most are awake and well-fed. Practices are cordial yet serious, most of the time.

“We’re all pretty much best friends off the field, so its not like you’re yelling at your teammate, he’s your friend,’’ senior attacker Danny Radermacher said. “You can beat ’em down if you want to and you know its going to be all right.”

That’s who they are, a band of brothers with a No. 2 state playoff seeding, who fought for wins, but not just for winning’s sake.

Winning means the opportunity to keep playing with each other, to keep the band together, always just one more game, one more week of practice, one more reason for a group meal at Chipotle.

“It really is something special, to have these guys that I’ve been seeing every day for two years,” senior Mitch Beattie said. “I really hope the friendships stick, the bonds are like a family. We’re brothers.”