Champlin Park will rely on a veteran corps of defenders to anchor the boys’ lacrosse team. 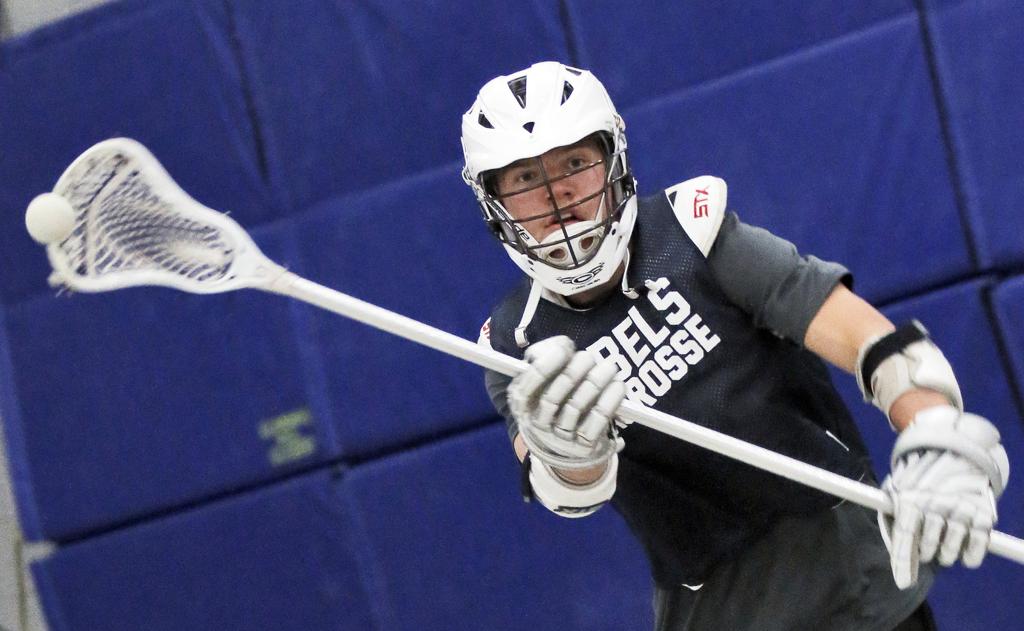 The Champlin Park boys’ lacrosse team will rely on its defense to start the season, after losing arguably its best offensive player to graduation.

The Rebels are without Mr. Lacrosse finalist Ryan McNeil, who tallied 97 points last season. McNeil led Champlin Park to a 15-3 record and a third-place finish at state.

“He was always a great leader, always pushing everyone to their limits, making sure they were doing their best,” senior goalie Bryce Plunkett said. “He just helped motivate the team to success.”

Plunkett is part of a veteran defensive unit that will anchor the Rebels. He and senior defensemen Evan Schraut, Cole Groebner and Matt Steenerson lead a defense that last season allowed the second-fewest goals per game in the state.

Plunkett has played on varsity since ninth grade and posted the third-best save percentage in the state last season. He has quick hands, fast reflexes and serves as the quarterback of the defense, assistant coach Chaun Klemetsrud said.

“He’s always talking. He’s always letting the guys know where the ball is,” Klemestrud said. “Just having that voice back there definitely calms a lot of the six other guys in front of him.”

Schraut, Groebner and Steenerson also have played a key role in the team’s defensive success. The trio first played together since middle school and has started on varsity together since 2012.

“Playing with each other for a while now, we kind of just know, like, what’s going on out there,” Groebner said, adding that they know each other’s tendencies. “We communicate a lot, too.”

Klemetsrud, the team’s defensive coordinator, said the secret to the unit’s success is its ability to pick up loose balls — known in lacrosse as ground balls — and communication.

Steenerson said the defensemen have talked about taking more shots on goal this season and pushing the pace of the offense. He noted the team has a group of up-and-coming offensive players who have looked strong in practices and scrimmages.

That group includes junior midfielder Mario Baregi and sophomore attacker Brody Sturm. Overall, the young guys are inexperienced, Steenerson said, “but they’re very strong. They’re getting the experience in these scrimmages, and they’re starting to click, and it’s really cool to see.”

Senior midfielder Luke Dalman also appeared optimistic that the team’s young players will continue to progress, though he noted that they probably won’t provide as much firepower as McNeil right away.

“You can’t ask, you know, to have a younger sophomore attack man or a younger middie [midfielder] to … score seven goals or get seven points like Ryan did,” Dalman said. “The biggest thing is to just kind of be in the right place and … do what they can do to help out the team.”

Klemestrud said Turgeon makes the defense better because he has a knack for finding open space. He said Dalman is physical and can get to an opponent’s net at will.

Turgeon, Dalman and the offense face a tough challenge to start the season. The Rebels play state runner-up Eastview on Saturday and defending Northwest Suburban Conference champion Blaine on Monday.

While the defensive players recognize it could take time for the offense to produce at a high level, they don’t appear too concerned.

“They’re not up to speed yet, but they will be,” Plunkett said. “I’m not worried about it at all. Our defense can handle pressure.”

Nate Gotlieb is a University of Minnesota student reporter on assignment for the Star Tribune.