Blake girls’ lacrosse is gunning for a fifth consecutive state championship, a streak owing to a sharp coach and top players. 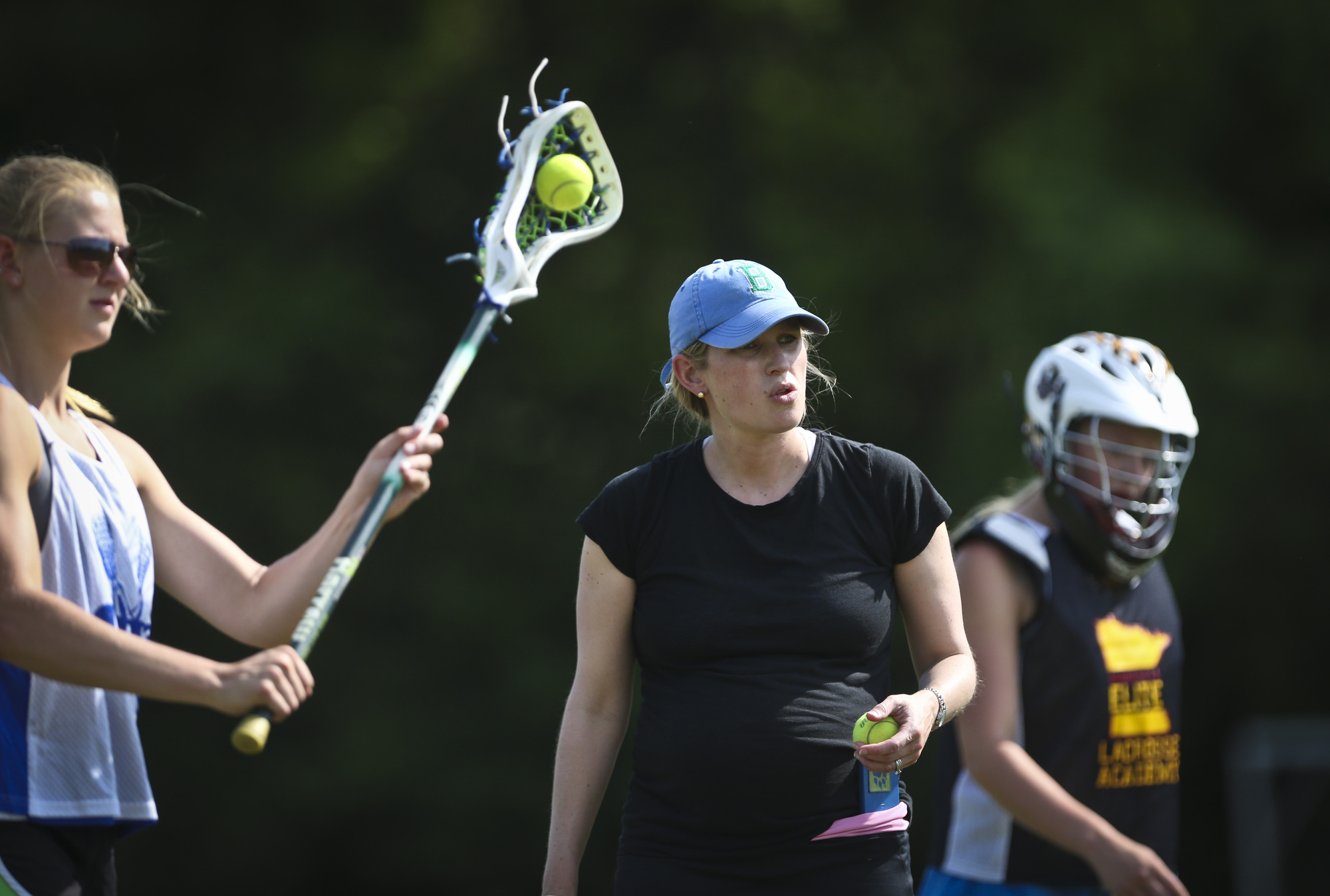 Although she was already a veteran lacrosse player at Hill-Murray, Lauren Kelly could tell right away that things were different when she stepped onto the field for her first day of practice after transferring to Blake as a sophomore.

“When I came over, I was a little intimidated,” said Kelly, now a senior all-state defender. “They could all catch and pass. I could catch and pass, but not as well as they could. I was very lefthanded. They forced me use both my dominant and nondominant sides. Now, I can’t even tell the difference.”

Kelly’s fundamental development is only one of many similar stories on the state’s best girls’ lacrosse team. Blake is working on a streak of four consecutive state championships and is well-positioned to win another, having not lost to a team from Minnesota.

It’s all part of coach Laura Mark’s master plan. Now in her eighth year at the helm, Mark, a Massachusetts native who played lacrosse and field hockey at the University of Virginia, patterned her approach after the style popular on the East Coast, where the game is far more entrenched. There would be no shortcuts to victory, no leaning heavily on a few superior athletes at the expense of long-term success.

“We like to say let the ball do the work,” said Mark, referring to her team’s trademark quick-passing, ball-control style of play. “We have a lot of kids who could run up and down the field all day if they wanted to, but that’s not how you effectively beat teams in a continuum. If you really want to elevate your game, you have to figure out the strategy behind it.”

That strategy emphasizes skill development, ball movement and a team-first attitude in which each role is defined and important.

“She teaches lacrosse how it’s supposed to be played,” senior midfielder Anne Slusser said. “In Minnesota, you find a lot of big athletes just running up and down the field. What she teaches is faster, it’s better. It’s more fun to play.”

This is not to say that the Bears steer clear of top stars. The 2014 edition boasts three players who fall into that category: Slusser, a Duke recruit; Kelly, who has signed to play at Division I Louisville, and midfielder Lydia Sutton, who is likely the best high school player ever developed in Minnesota. Sutton, the 2013 Metro Player of the Year, will join Southern California later this summer after completing a stint as the youngest member of Canada’s women’s national lacrosse team.

Mark acknowledges that the program alone is only a part of the Bears’ run of success.

“To be fair, we have had some of those superstar players and that is a difference-maker,” Mark said. “I’ve also had the opportunity to work with some superstar athletes since they were very young. So their game sense and their athleticism, coupled with our strategy, has made the difference for us.”

For a team to be great, there has to be a measuring stick. For Blake, that comes in the form of rival Eden Prairie, the only other program in the state to win a state championship. The two programs are typically ranked first and second, and have played each other in six of the past seven championship games. Their traditional match at the end of the regular season is always the keystone game of the girls’ lacrosse season.

“It’s hugely helpful,” Mark said. “[Eden Prairie co-coach] Judy Baxter is a great friend of mine. She’s a strategist of a different level. We know she’s going to bring her A game and she knows we’re going to bring ours. It’s a great rivalry.”

Blake won their battle two weeks ago, defeating Eden Prairie 15-10. It was an eye-opening margin of victory in a series usually decided by a goal ot two.

The Bears trampolined off that victory, winning their first two Section 6 playoff games by identical 17-1 scores. Mark expected a much tougher game in the finals against Benilde-St. Margaret’s, which was played Tuesday night, after this edition went to press.

No matter the outcome, Blake has developed a system that should ensure success far into the future. The Bears graduate Slussser, Kelly and Sutton and two other top seniors in Hailey Bork and Alex Lovaas. But there is talent ready to step up, including juniors Jordan Chancellor, Hannah Magarian and Olivia Nolan. And a trio of eighth-graders in Emma Burke, Sophie Skallerud and Sara McClanahan, have team members excited.