Bloomington Jefferson has three All-American selections, while Prior Lake and Blake each have two. 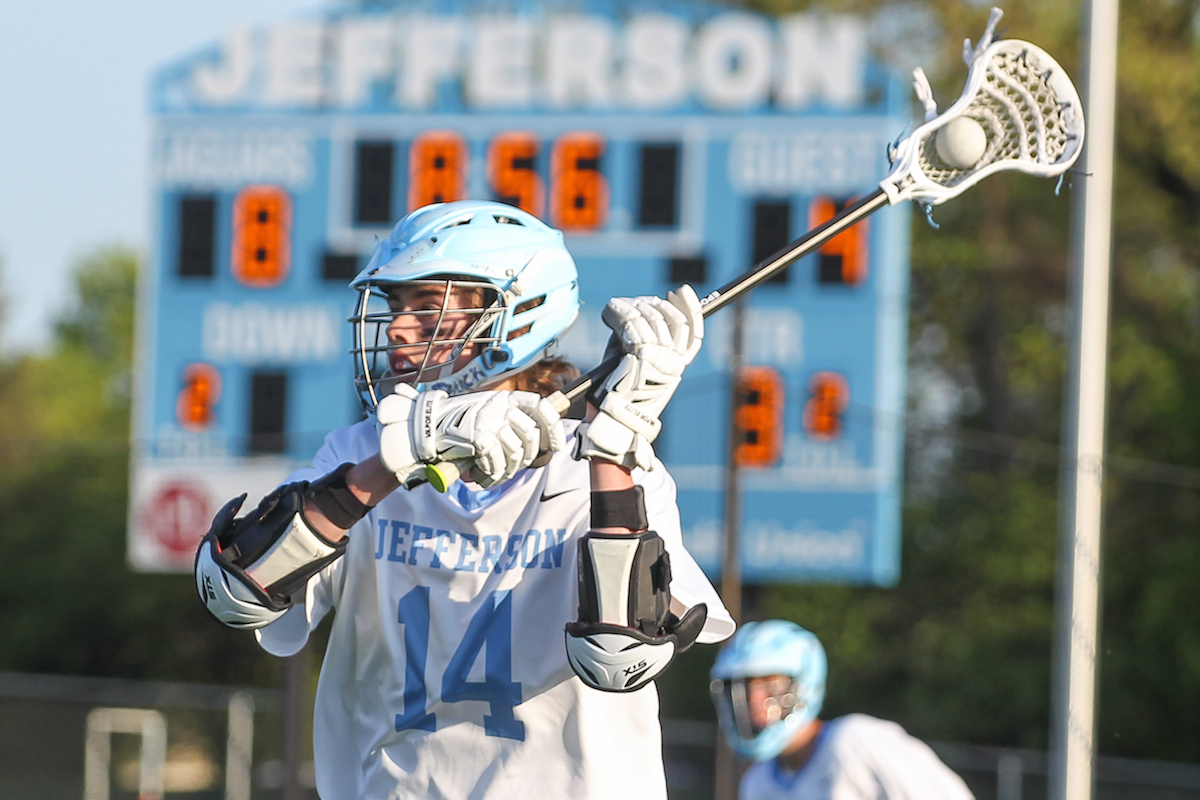 Ryan Graff was one of three Bloomington Jefferson players named to the 12-member All-American team by the state boys' lacrosse coaches association. Photo by Mark Hvidsten

Graff scored a team-high 35 goals in 13 regular-season games while Buswell and Wilson combined to record 63 takeaways and 80 ground balls, helping the Jaguars finish the regular season with a 13-0 record and the No. 2 ranking in the coaches poll. Bloomington Jefferson won the inaugural Metro West Conference title and earned the No. 2 seed in the Section 3 playoffs.

Prior Lake and Blake each had two All-Americans.

Senior midfielder Cullen Sowder and junior faceoff specialist Jack Dessler led the No. 1-ranked Lakers to a 13-0 regular-season record, the South Suburban Conference championship and the top seed in the Section 3 playoffs.

The No. 8-ranked Bears posted an 8-4 regular-season mark behind the play of junior goalie Nick Washuta and junior defender Crey Bankes.

The All-American team also represents the all-state first team as selected by the coaches. Second- and third-team all-state picks were also named, as were first- and second-team selections from each of the state's eight postseason sections.