Carter Collins led the way with three goals and one assist in the Lakers' 9-5 victory. 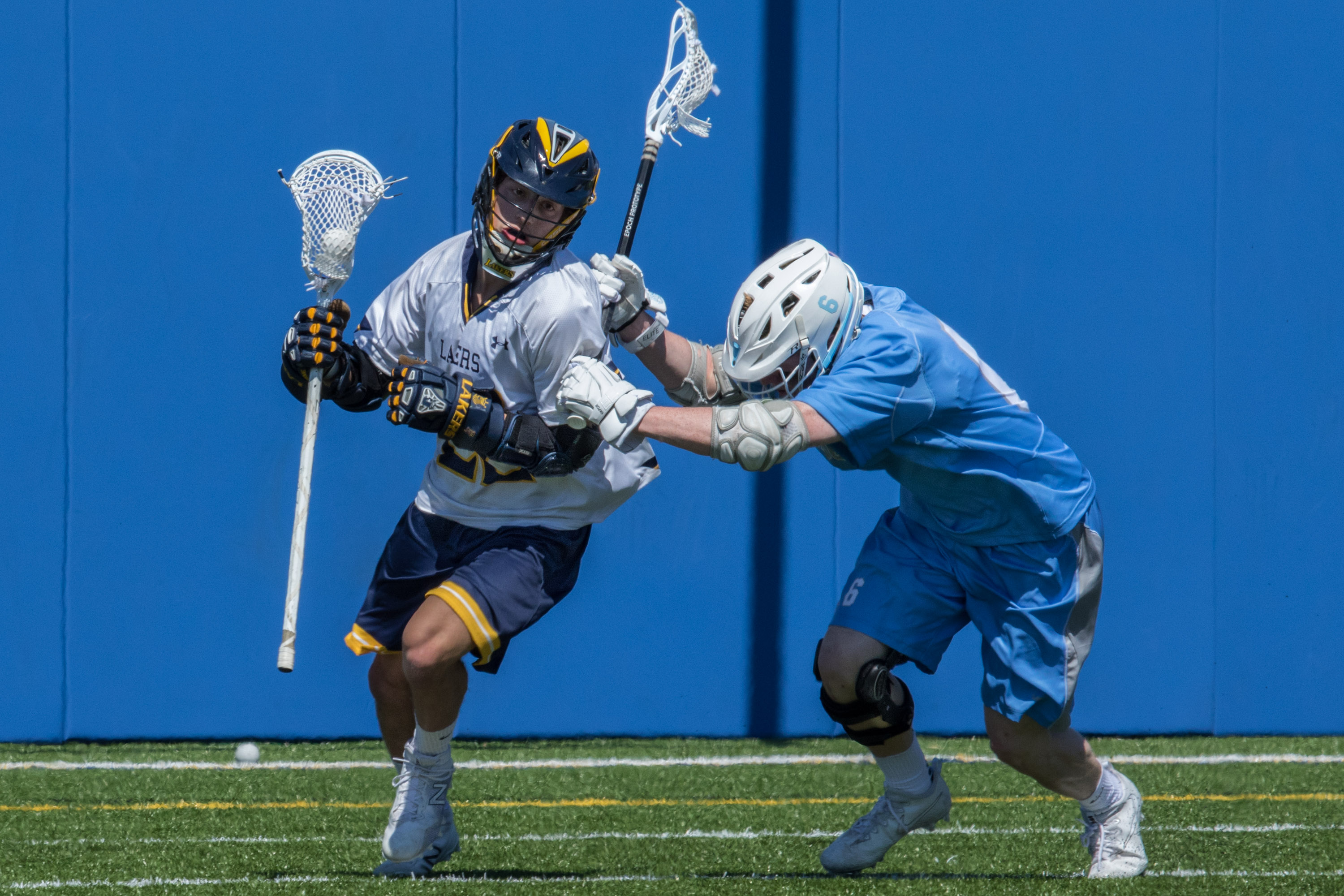 Prior Lake senior Carter Collins pushes around a Bloomington Jefferson defender during the Lacrosse Showcase at The Blake School on Saturday. Collins had three goals in the Lakers' 9-5 victory over the Jaguars. Photo by Jeff Lawler, SportsEngine

Prior Lake coach Chris Fleck might have a dilemma come the end of the season.

Fleck and his wife are expecting their first child right around the time of the state tournament, June 13-17 and the Lakers seem hungry to repeat as state champions.

After a somewhat slow first half, Prior Lake and Fleck had little to worry about on the day, especially with Carter Collins taking over for the defending state champions.

Prior Lake, ranked third by the Minnesota State High School Boys’ Lacrosse Coaches Association, pulled away from Bloomington Jefferson in the third quarter Saturday at Gordy Aamoth Jr. Stadium on the campus of The Blake School in Hopkins for a 9-5 win.

In a rematch of last year’s section playoff meeting, which Prior Lake won 8-5, the Lakers (2-0) got goals from Carter Collins, Brock Penton, Devin Truso and Benjamin Jung during a 4-0 run to go up 6-3 in the third quarter.

Collins, a Lindenwood University recruit, finished with three goals and an assist, including a goal with 9 minutes, 40 seconds left in the game during a man advantage.

“Carter is a guy who scored five goals in the Eden Prairie game last year in the semifinals,” Fleck said. “He was a big player in our state championship run. He’s everywhere, he can play defense, he can get ground balls, he can score, he can get great assists.”

The Jaguars tried to keep the Lakers in check early with a zone defense and it worked in the first half with the help of some timely saves from eighth-grade goalie Jake McCarthy.

“Prior Lake’s a great team,” Bloomington Jefferson coach Scott Cater said. “We tried to step up our game to face a team like that. We felt that for us to keep the score where we wanted and a game style we could battle them, we chose to go zone and it worked really well for us."

McCarthy came up with several difficult saves and showed the Jaguars might not have to worry about who’s in goal for the next several years.

“Jake earned it,” Cater said. “We didn’t give him the job. The kid just stands out. You saw the saves he was making. He kept the halftime score to 3-3. That’s what we see in practice from him. He’s a ball stopper.”

As the game went on, Prior Lake started to break down Bloomington Jefferson’s zone defense.

“We hadn’t really gone up against a zone defense for a while,” Collins said. “Getting used to going against the zone was a little tough for us. The second half we played really well and had them switch to a man on man. [Against a zone] we just look for the open spaces and try battling past a defender through his stick instead of backing out on that.”

The Lakers started the season with an impressive 10-8 win over No. 12-ranked Blake and will face Burnsville on April 25 next. Bloomington Jefferson will take on the Bears on the same day. 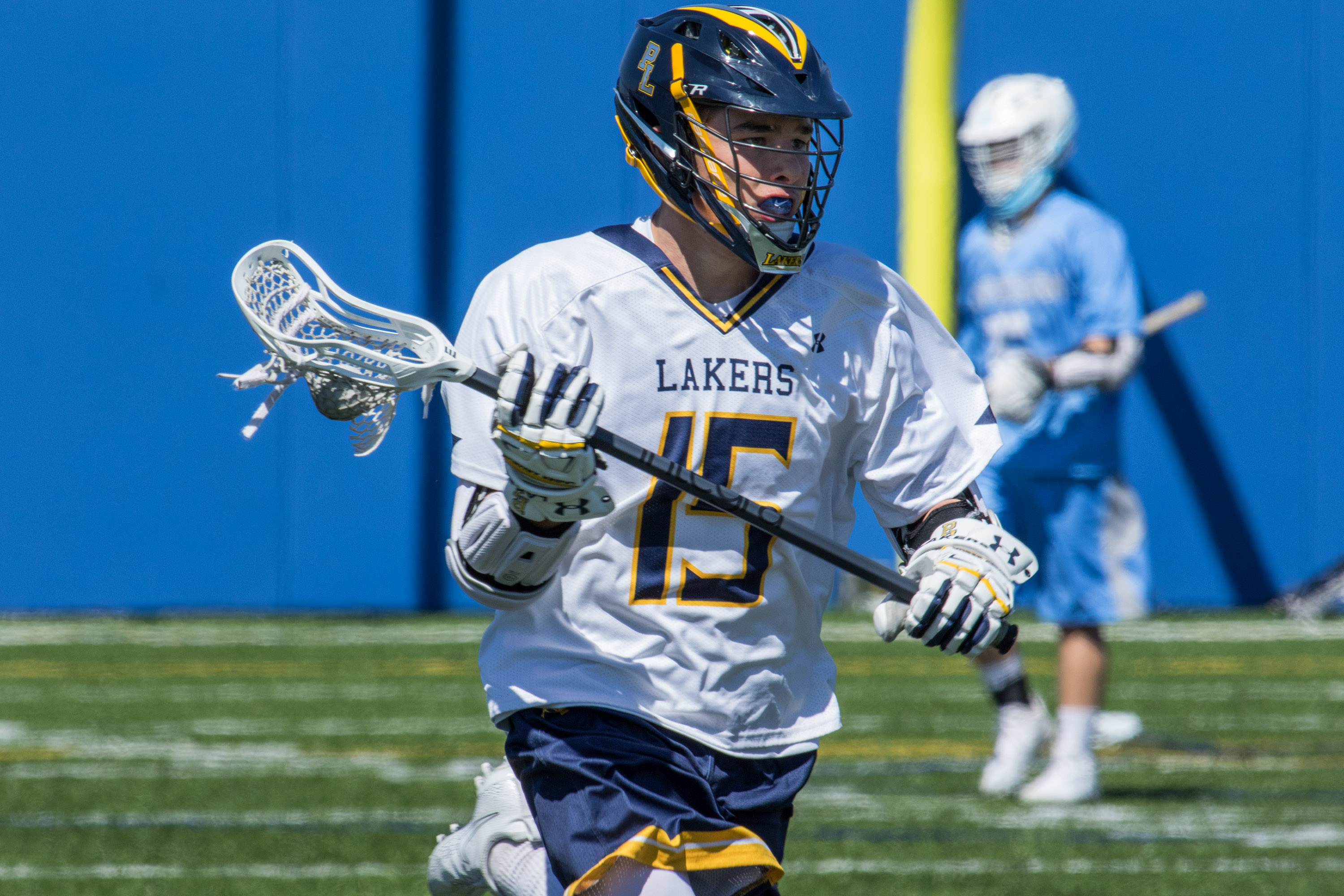 Prior Lake senior Tyler Truso sprints through midfield during Saturday's game against Bloomington Jefferson at The Blake School. The Lakers defeated the Jaguars 9-5. Photo by Jeff Lawler, SportsEngine

Prior Lake (2-0) pulled away from Bloomington Jefferson in the third quarter on Saturday at Gordy Aamoth Jr. Stadium on the campus of The Blake School in Hopkins, eventually securing a 9-5 win.

In a rematch of last year’s section playoff meeting, which Prior Lake won 8-5, the Lakers, ranked No. 3 by the state coaches' association, got goals from Carter Collins, Brock Penton, Devin Truso and Benjamin Jung during a 4-0 run to go up 6-3 in the third quarter.

Collins finished with three goals and an assist, including a goal with 9 minutes and 40 seconds left in the game during a man advantage.

The No. 15 Jaguars (3-1, 1-0) started well and led 3-2 at one point in the second quarter before the Lakers started to find their offense. 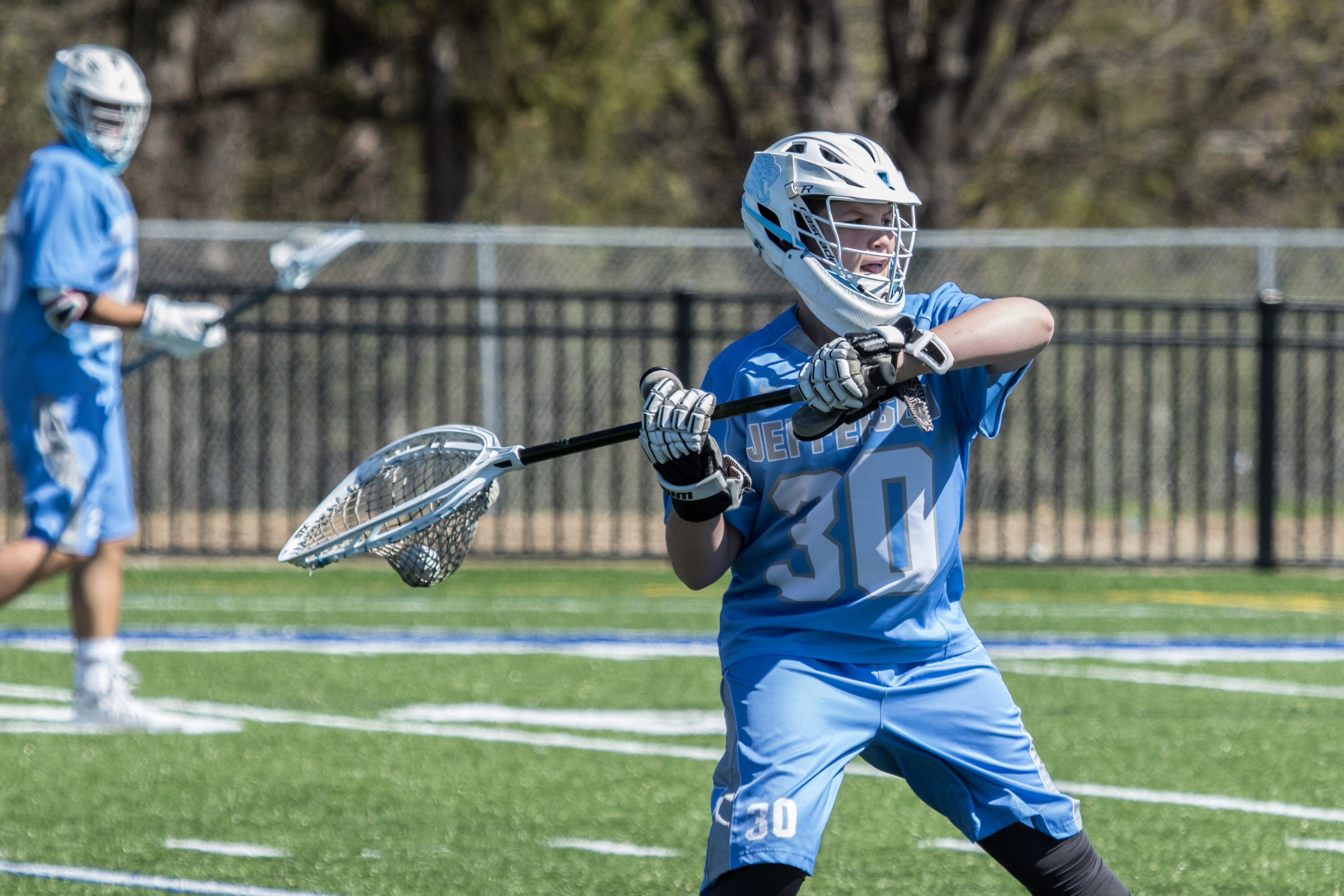 Bloomington Jefferson goalie Jake McCarthy moves the play up field against Prior Lake Saturday at Aamoth Stadium on The Blake School campus. The Jaguars lost to the Lakers 9-5. Photo by Jeff Lawler, SportsEngine