The Lightning improved to 9-0 after defeating the Tigers 14-5. 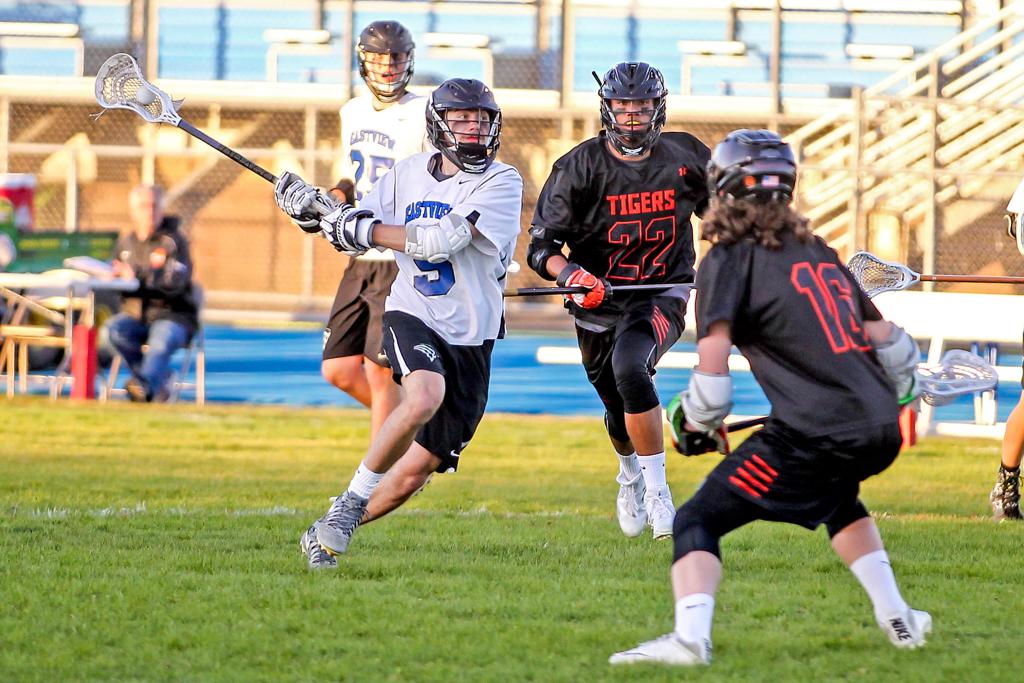 Eastview’s 2012 state championship team, the “Dark Army," is a group that’s reputation is well-known in the community.

The Lightning coaching staff awards a black leather, custom-made wrestling belt to each game’s MVP in commemoration of the school’s only state title team.

This year’s group, boasting 10 college commits, may be close in talent to the 2012 team, but has taken on a different persona that isn’t quite as intimidating -- on the surface.

“We call ourselves the orcas because they’re the apex predator of the ocean,” senior attack Noah Lindner said. “Everyone thinks it’s the shark, but it’s the orca.”

The Orca Pack has proven itself as the top of the food chain, climbing to the top spot in the coaches’ poll by remaining unbeaten this season. Eastview (9-0, 6-0) stretched its winning streak to nine games following a 14-5 romping of Farmington Thursday night at home.

With last year’s attack remaining intact, the Lightning’s offense has been steadfast and threatening, leading to most teams employing a zone defense against them.

“To be honest it’s a bit ridiculous,” Lindner said. “If you put in four goals right away most teams will move out of it, but they’ve let us put up 10 on them. You have to play slow and meticulous.”

Lindner and the Lightning attacked the Tigers (4-5, 1-4) from the opening draw, as Lindner zipped a pass to the front of the net where Jason Hill was waiting to score point-blank 25 seconds into the game.

Hill, the lone freshman on the varsity roster, became acclimated with his teammates this offseason when the team went to a tournament at the University of North Carolina.

“We just give him crap about being the new kid all the time,” Lindner said with a grin. “But we love him, he’s a great kid and going to be a great player.”

Hill, still a young calf on the team, rounds out a group of five players that have reached double-digit goals this season as teams force Eastview to move the ball and settle for outside shots.

Fortunately for the Lightning, they have a slew of strong shooters.

Lindner, on his first goal, ripped a shot from long range that met twine. Farmington answered with two straight goals, but again, Lindner juked a defender, found an open shooting lane and bounced a shot in. He finished the game with a career-high seven points on four goals and three assists.

“You just gotta be smart with the ball and pass it, and eventually when you work it around enough you’ll find an open lane to shoot,” Lindner said.

Eastview coach, Tim Roche, wasn’t pleased with his team’s defensive play to begin the game, but gave praise to the team for sticking with the system.

“We continuously break [zone defense] by being methodical and put the ball away,” he said.

As the Lightning’s shot total climbed, so did the score as Eastview outscored the Tigers 8-1 in the final three quarters.

While Roche wasn’t ready to give his team the undisputed title of most talented, he does acknowledge this group’s love for the game is what has set them apart.

“We have a lot of guys who love the sport and want to continue playing,” he said. “They’re hungry to be better, and learn more, so we got to bring new stuff to practice everyday and install more things and build towards playoffs."

Lindner left his team with one message.

Lindner found freshman Jason Hill in front of the net for a goal just 25 seconds into the game for the Lightning (9-0, 6-0), who are ranked the top team in the coaches’ poll. Lindner went on to play a hand in Eastview’s next two goals and had five points in the first half.

Nick Hinnenkamp scored two goals and added an assist for the Tigers (4-5, 1-5). 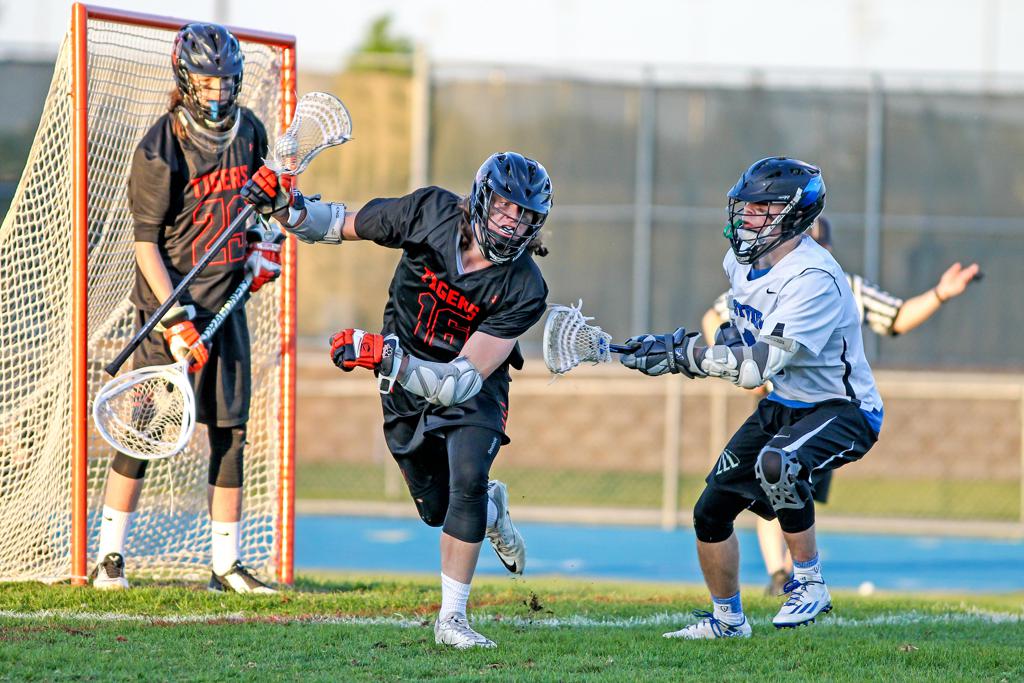