The senior attackman use a potent mix of intelligence, toughness and skill to lead the Lightning this season. 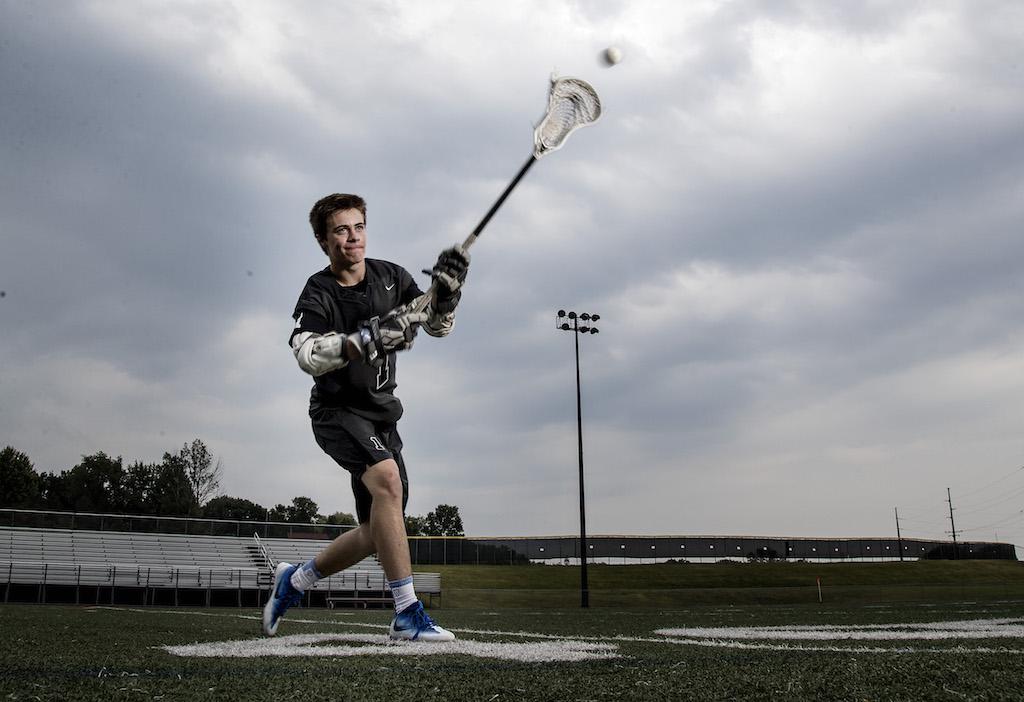 Noah Lindner stood out among a deep and talented Eastvew roster, finishing with team-high 43 goals and 21 assists. Eastview coach Tim Roche said the Lightning senior attackman played with "grit," but Lindner was a more colorful when describing his game. “I kind of like to say I play with hate in my heart,” he said. “I think hockey taught me a lot of that. I liked hitting kids in hockey when I was young and I just brought it to my lacrosse game. I’m not going to back down from anyone.” Photo by Carlos Gonzalez, Star Tribune

Shots missing the net, Noah said, “Broke neighbors’ windows. Broke our windows. Dented our shed. But that’s kind of how I got made into the player I am.”

As an Eastview varsity standout, Lindner honed his shooting touch and created a legacy of building bonds rather than breaking property.

Lindner, an attackman, stood out among a deep and talented Lightning team ranked first through much of an undefeated regular season. He led them with 43 goals, added 21 assists and took a selfless approach as head of a team mentor group.

Those credentials fueled his selection as Star Tribune Metro Player of the Year. Click to find out who else is on the All-Metro team.

“The bond we formed was unreal,” Lindner said. “Every weekend we’d all get together and hang out. We didn’t want a day off from each other. So even though we didn’t reach the goal we wanted, we made memories that will last a lifetime.”

A 6-5 section final loss to Prior Lake saw Lindner held to a rare one-goal performance. He spent much of the season lighting up the South Suburban Conference, the state’s toughest in lacrosse.

Three teams, Eagan, Lakeville North and Prior Lake, reached the state tournament. Each struggled to stop Lindner, a potent mix of intelligence, toughness and skill. He tallied a combined eight regular-season goals against the trio.

“Grit is the word I’d use to describe him,” Eastview coach Tim Roche said.

“I kind of like to say I play with hate in my heart,” he said. “I think hockey taught me a lot of that. I liked hitting kids in hockey when I was young and I just brought it to my lacrosse game. I’m not going to back down from anyone.”

Usually he’s blowing by lacrosse opponents rather than blowing them up.

“He maximizes his physical abilities,” Roche said. “He can beat almost anyone 1-on-1.”

Lindner, who committed to Limestone College, a Division II program in South Carolina, credited the Lightning coaches for making him as smart as he is shifty.

“I always had an ability to beat people and get around them,” Lindner said. “But my coaches really helped with knowing what to do after that and understanding strategy.”

In turn, Lindner grew into a leader within the program. He ran a team mentor group and always impressed Roche for referring to it as “our group” rather than “my group.”

“I told our group, ‘You can be a leader just by the way you act,’” Lindner said. “Everyone contributed and knew they were worth something. So I feel like I became a better teammate this year.”

Past Players of the Year