With the victory, the Hornets completed a regular-season sweep of the Skippers and are entrenched as the No. 2 team in the league. 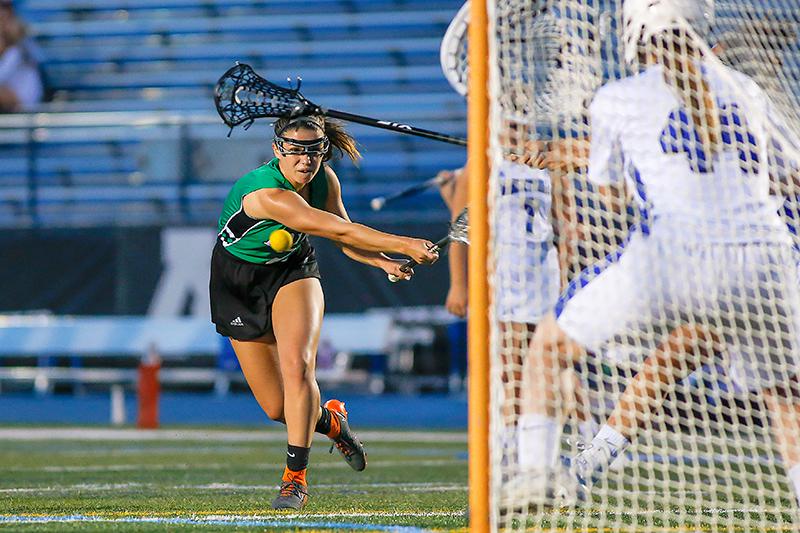 Edina freshman Haley Reeck scored one of her two goals late in the second half of the Hornets' 11-9 victory at Minnetonka. Photo by Mark Hvidsten, SportsEngine

As a three-sport athlete, Edina Athena Award-winner Loli Fidler is no stranger to change. She played goalie for the girls’ soccer team and is a forward in hockey and lacrosse.

She withdrew her commitment to Harvard for hockey and recommitted to Penn State in the midst of her hockey team’s successful state title defense last winter.

But amid the many changes, success has endured.

Fidler, a senior, thrived off the draw early in Edina’s 11-9 win over Minnetonka Thursday night. She assisted the Hornets’ first three goals and scored one of her own following a faceoff win.

Fidler finished the game with two goals and three assists for a game-high five points, all of which were tallied in under a minute off the ensuing draw.

“She’s very intense, very competitive and that’s how she’s been so successful — she’s a gamer,” Edina coach Makenna Borg said, adding that Fidler’s ability to win the draw to herself is what earned her a role in the circle.

Fidler fueled an early 4-2 lead for the Hornets, ranked No. 6 in the state coaches’ poll, as they found success in transition early. But when the draws started falling into middle territory, Edina (5-4, 5-2) made adjustments in the second half and subbed new faceoff specialists in.

“It gets the momentum going on the other end, which is what we want to see and her winning the draws is a huge part of our success,” said Hornets goalie Elli Strittmater, who made seven saves in the first half.

While the Hornets worked in new looks in the circle, Minnie Bittell remained a fixture for the No. 5 Skippers and helped Minnetonka keep pace with Edina, hoping to avenge a 9-8 loss to its Lake Conference counterpart from May 1.

Fidler’s presence remained impactful as the Skippers (5-6, 2-4) defense dialed in on her, opening up more room for cutters to the net. Sophomore Lindsey McKahn and freshman Haley Reeck scored two goals apiece in the second half, helping the Hornets pull away.

“We’ve come so far as a team,” Strittmater said. “It’s night and day having such a young team, and we’re finally finding our groove at the right time.”

The Hornets’ sweep of Minnetonka this spring adds to an ongoing streak of victories Fidler has been a part of. The girls’ hockey team swept Minnetonka this past winter en route to its second consecutive title, and in the fall Fidler shut out the Skippers three times, including in the section title game. She posted a state-record 14 shutouts in soccer, and while the seasons have changed, making the state tournament has remained a consistent goal of Fidler’s.

Although she admits lacrosse is her least favorite of the three sports she plays, another state tournament appearance would cap an illustrious career and a tremendous postseason she’s shared with a half-dozen of her current lacrosse teammates who played on either the soccer or hockey teams.

“It’s crazy, high school is going by so fast and I’m glad we’re doing so well,” Fidler said. “Hopefully we can take it to state.” 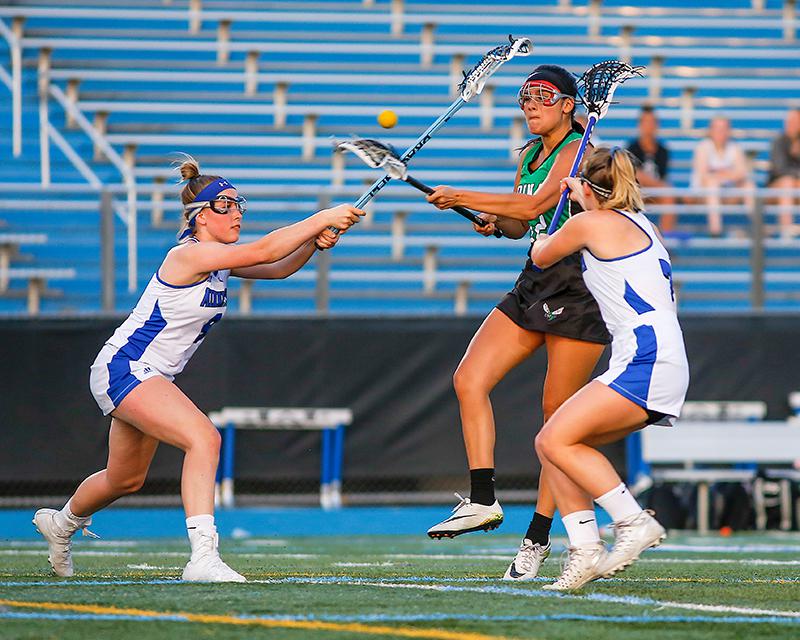 Ranked sixth in the state coaches’ poll, Edina (5-4, 5-2) expanded its single-goal halftime lead by capitalizing on free-position shots and finding open lanes in the second half. Fidler finished the game with two goals and three assists.

Chloe Lewis stopped 11 shots in net for Minnetonka (5-6, 2-4), while Ellie Strittmater made eight saves for the Hornets. 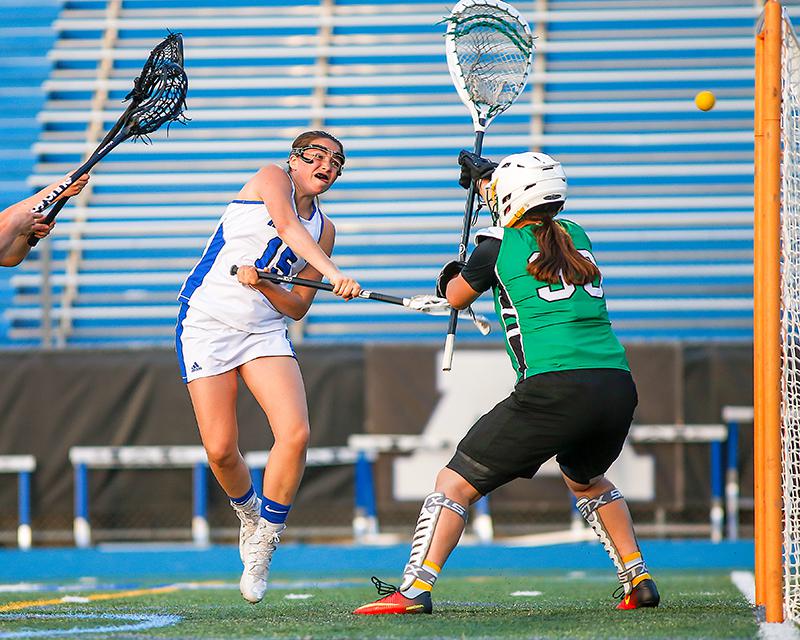