The senior has size, intelligence and finishing skills, but an ability to adapt his game to help the Storm continue winning is what secured Grindberg the honor. 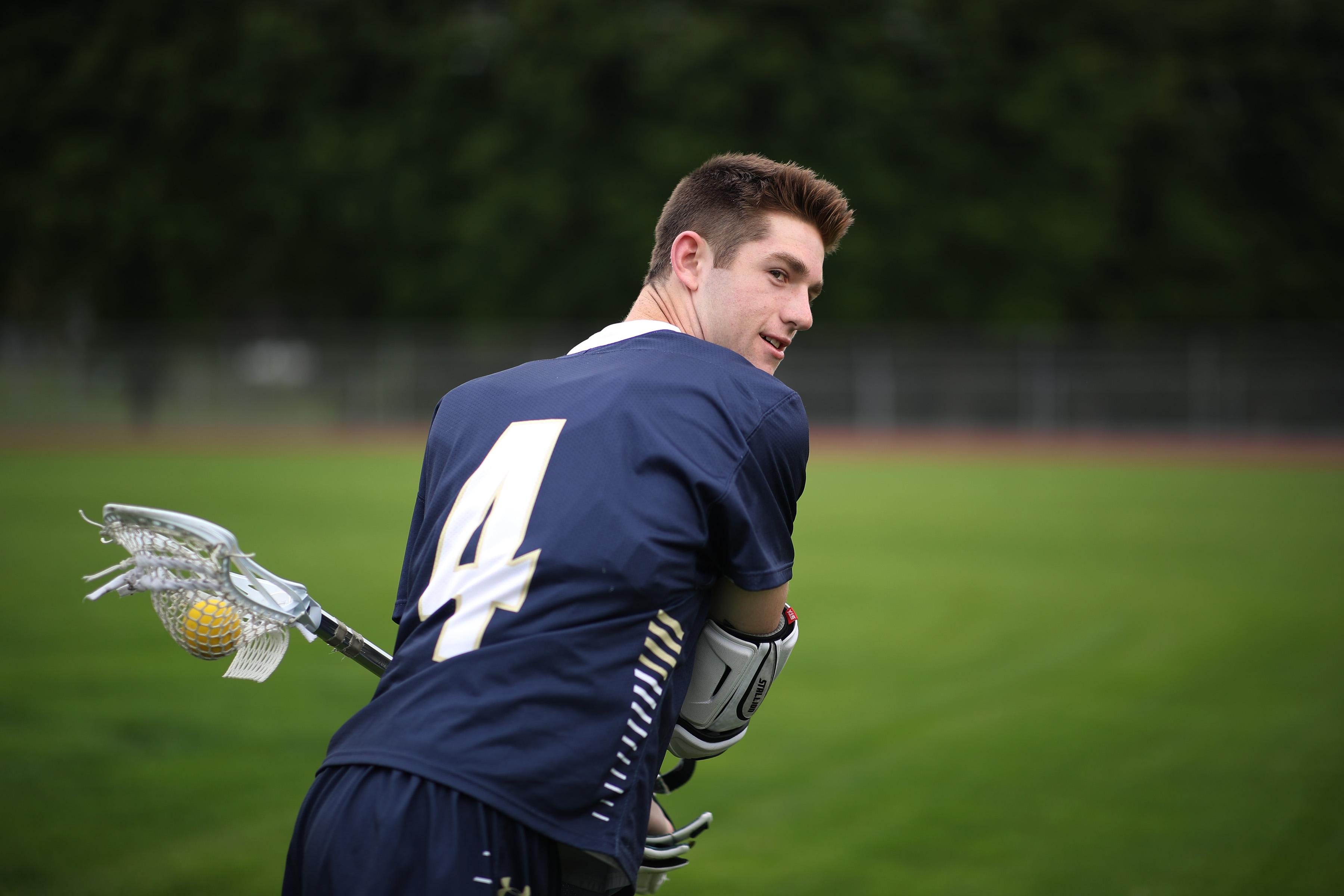 Cole Grindberg showed he was more than a scorer when Chanhassen lost talented midfielder Jadon Kerry for five regular season games. Grindberg, a 6-2, 180-pound ace attackman, altered his play to shoulder a bigger role in initiating the offense and keep the Storm on pace. “He’s got a real competitive nature and he’s an athletic beast," Kerry said. "That helps him control games.” Photo by Jerry Holt, Star Tribune • jerry.holt@startribune.com

Grindberg, the Storm’s ace attackman, lost Jadon Kerry, a midfield maestro, for five consecutive games due to injury. Grindberg summoned all of his skills to keep Chanhassen moving toward its first state tournament appearance.

Though the Storm fell one victory short, Grindberg’s great skills and ability to adapt helped make him the Star Tribune Metro Player of the Year in boys’ lacrosse.

“I just felt like as a captain and a leader, I had to step up and make sure this team could perform to the best of its ability,” said Grindberg, who will play Division I lacrosse at the Air Force Academy. “I needed to make my presence known a little more.”

With Grindberg and Kerry, Chanhassen was almost unstoppable. The Storm went 4-1 against teams that later qualified for the state tournament. Kerry, who committed to Duke, suffered a stress fracture and missed the final four regular season games and the playoff quarterfinal. Enter Grindberg, who without Kerry dished four assists three times while still averaging three goals per game.

“He kept the pace going,” Kerry said. “He’s got a real competitive nature and he’s an athletic beast. That helps him control games.”

Grindberg finished with 52 goals and 34 assists and tallied a hat trick in the 9-7 season ending loss to Minnetonka.

“I thought it was a great season,” Grindberg said. “We went 13-2 against one of, if not the, hardest schedules in the state.”

At 6-2 and 180 pounds, Grindberg ranks among the bigger attackmen. Good size, Kerry said, allows Grindberg to see and shoot over defenders. Hard work in the weight room added muscle to the moves he showed as a scrawny eighth-grader making his varsity debut.

In addition, Grindberg learned to see the field and better use his teammates.

“Up until last year I was more just a spot shooter rather than being the aggressor, the dodger,” he said. “This year I had to step up an initiate our offense rather than letting someone else initiate and me finish.”

As a result, matching up became a problem for coaches and defenders. Bloomington Kennedy coach Andy Lee said planning to defend Grindberg was “the greatest challenge this year” and a “true pleasure of coaching.”

Said Grindberg, “That means a lot.”