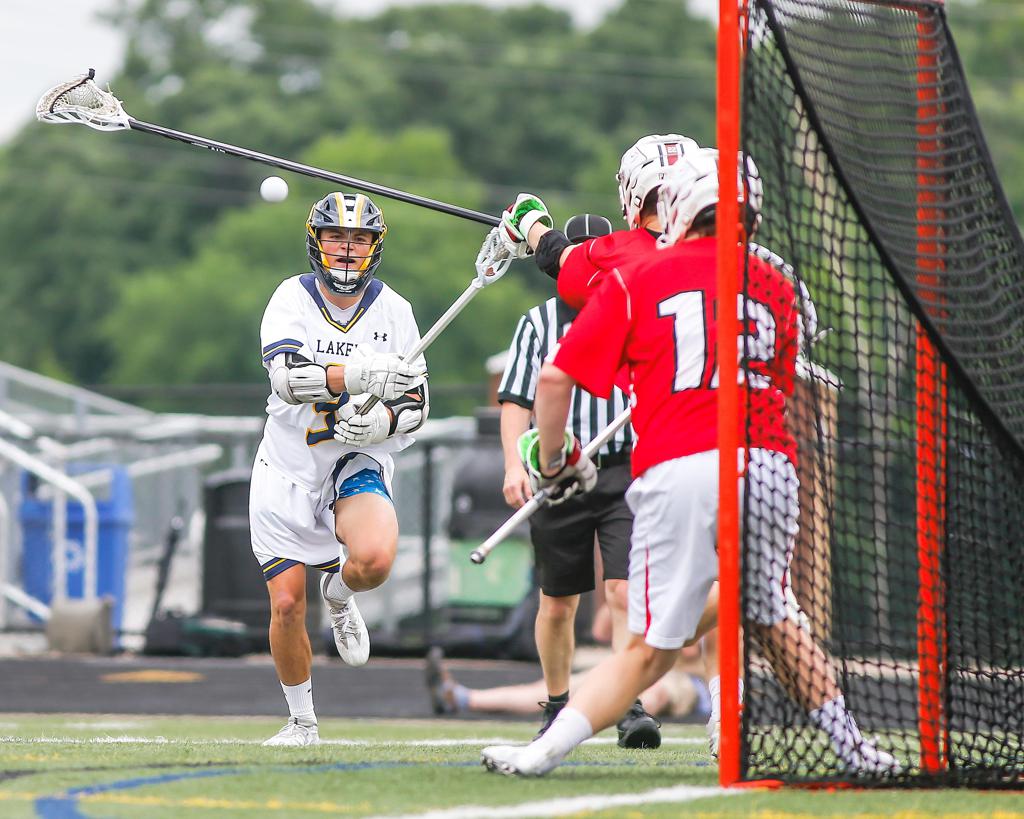 Two striking differences were at work as Prior Lake defeated Lakeville North 13-7 in the state tournament quarterfinals after the Lakers squeaked by 7-6 in the regular season.

First, No. 2 seed Prior Lake (15-2) had use of five midfielders who missed the first game with injuries. Second, Lakeville North (11-6) did not play with the same sustained intensity.

The result: A 5-0 Prior Lake surge in the third quarter that gave the Lakers control Tuesday at Chanhassen High School.

“We had the depth and in the third quarter, we outran them,” Prior Lake coach Chris Fleck said. “This team is built to be ready in June when you’re playing on turf and it’s hot.”

Senior midfielder John Leffler scored two of his three goals in the third quarter and credited the “hype squad” on the Lakers’ bench for supplying infectious energy.

“The first time was a battle, this time it wasn’t,” Panthers’ coach Tony Ghilani said. “We let them run away in the third quarter. We started chipping away a little bit but as the game wore on, the effort turns into desperation.”

No. 2 seed Prior Lake took down Lakeville North 13-7 in the boys’ lacrosse state tournament quarterfinal Tuesday at Chanhassen High School.

The Lakers (14-2) pulled away with a 5-0 surge in the third quarter. Prior Lake defeated the Panthers 7-6 during the regular season.

The Lakers advance to play No. 3 seed Minnetonka at 7 p.m. Thursday at Chanhassen High School.