The potent Eagles extended their winning streak to 13 consecutive games, taking all but one of those games by double-digit margins. 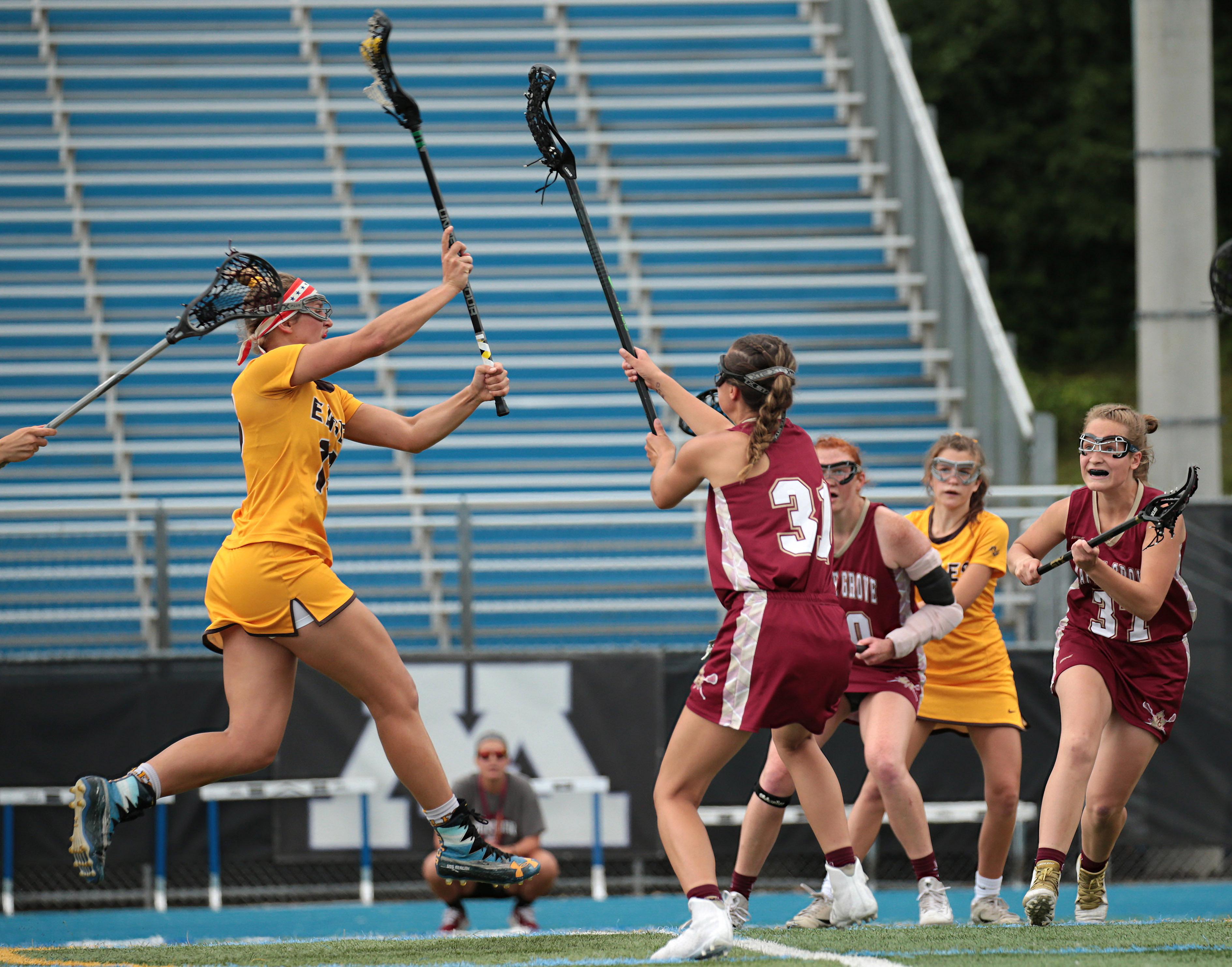 Reagan Roelofs (left) shoots over defender Grace Hanson (31) to put Apple Valley up by four points early in the game. Roelofs led all scoring with five goals and five assists in a decisive 18-4 win for Apple Valley. Photo by Cheryl Myers, SportsEngine

It says volumes about what Apple Valley has become this season that the Eagles spent the first half admittedly battling nerves and a bit of state tournament and still led Maple Grove by five goals at halftime.

The second half was a different story. Apple Valley displayed dominance that has been its trademark this season, shutting out the Crimson en route to an 18-4 victory Tuesday at Minnetonka High School.

“It took us a moment to find our rhythm. Just jitters of being in the state tournament,” Apple Valley coach Alexandra Ross said. “Once we shook this off, everything seemed to flow like a well-oiled machine.”

The Eagles got five goals and five assists from Star Tribune Metro Player of the Year Reagan Roelofs, who extended her state scoring record to 515 career points. It was the 13th consecutive victory for Apple Valley (16-1), all but one of which was by a double-digit margin.

The one close game was the Eagles’ 13-12 victory over No. 1-ranked Prior Lake in the Section 6 finals, a signature victory that Ross stressed to her team was just a step in the ultimate goal.

“We wanted to make sure the goal wasn’t just to be Prior Lake but to get to championship Saturday,” Ross said.

Roelofs said the Eagles, in the first half, were still riding the high of that triumph. “We’re still pretty hyped about it,” she said. “The second half just reset us. We said we’ve got this. Just go out there and kill it.”

Star Tribune Metro Player of the Year Reagan Roelofs had five goals and five assists for the No. 2-seeded Eagles, who turned a 9-4 halftime lead into a rout with four goals in the first four minutes of the second half.

Apple Valley ran its winning streak to 13 consecutive games. The Eagles have won all but one of those games by double-digit margins. 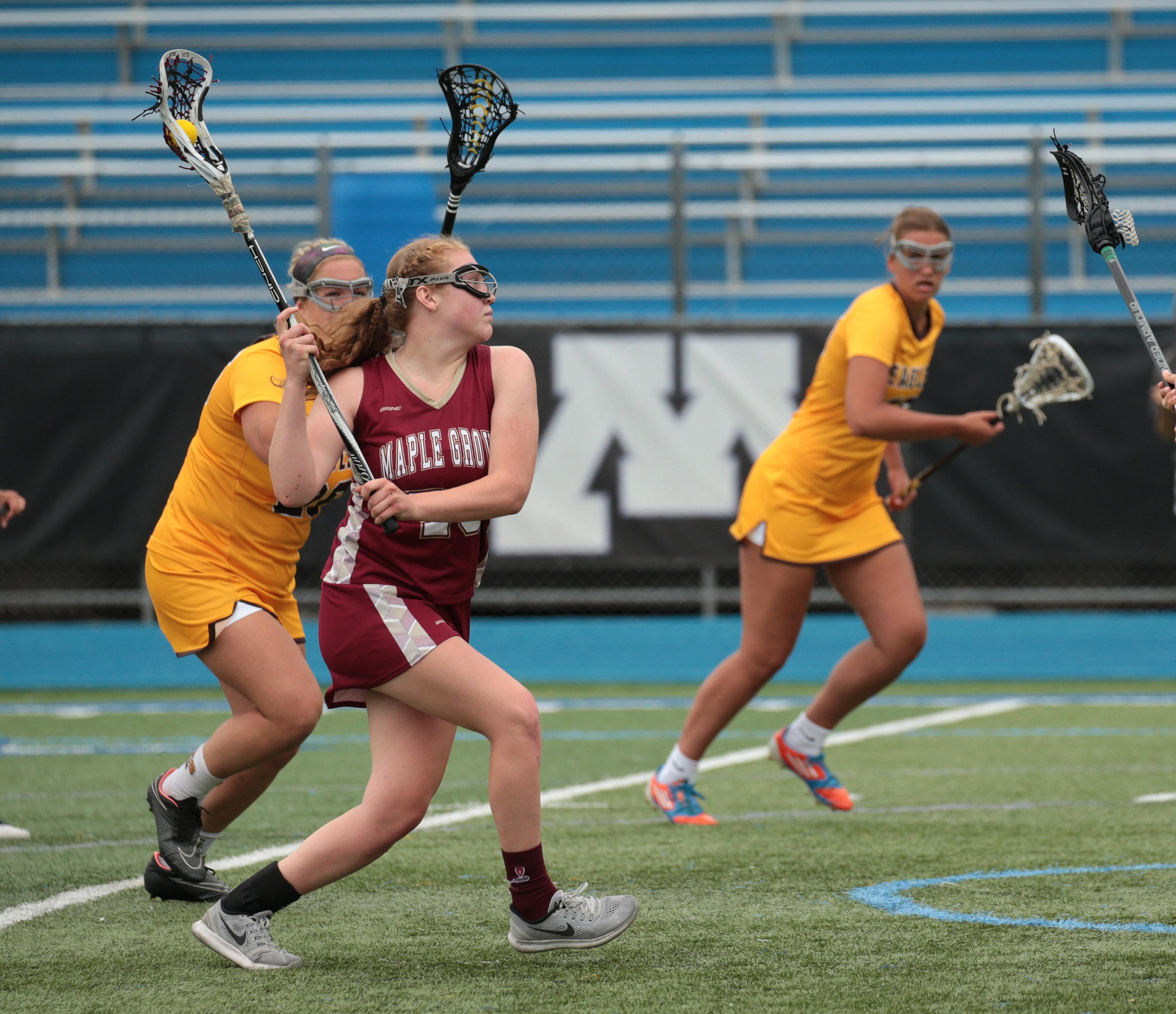 Maple Grove's Emily Herdine fires off a shot from close range. Herdine scored two goals for the Crimson, as they fall to Apple Valley 18-4 in a State Tournament quarter-final matchup on Tuesday afternoon. Photo by Cheryl Myers, SportsEngine