Two previous state tournament match-ups were one-goal victories for the Eagles, who are seeking their fourth consecutive championship. 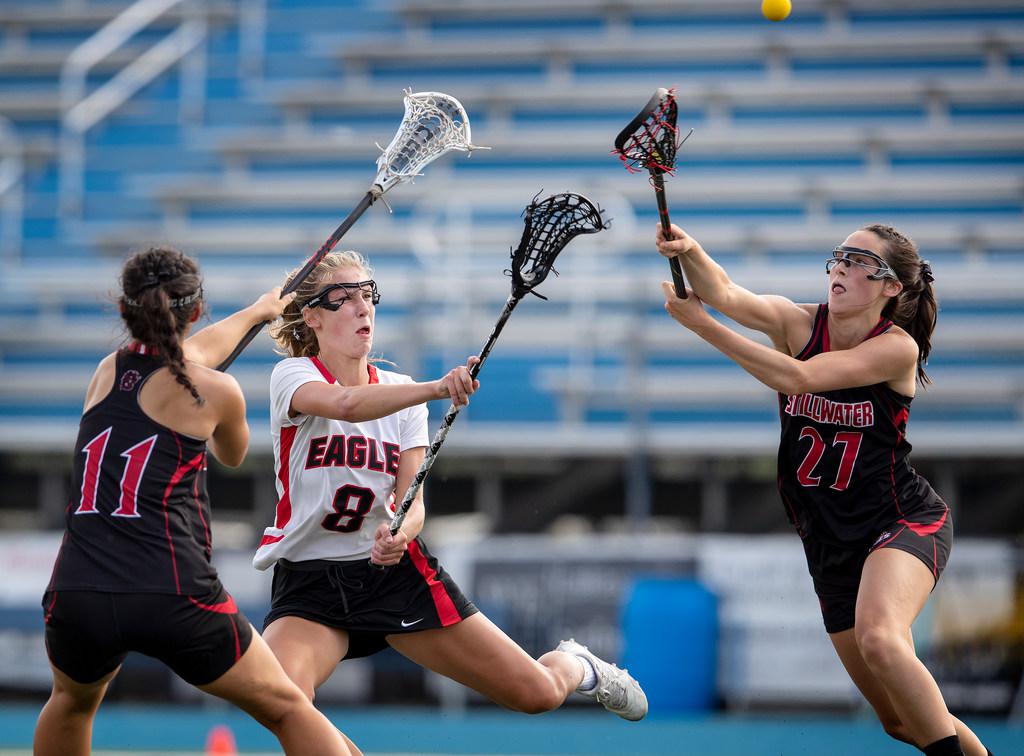 After her team's 17-7 victory over Stillwater, Eden Prairie co-head coach Judy Baxter reminded her players to enjoy themselves.

“Okay, we should be celebrating,” Baxter told them in her postgame comments.

Such is the case for a team for whom nothing short of state championships will satisfy.

“That’s obviously the goal,” said junior Brooke Lewis, who scored five goals for the Eagles. ”Right now, we’re on the road to our fourth state championships. That’s our ultimate goal.”

The Eagles, the No. 1 seed and three-time defending state champs, took control in the first half, using their trademark pinpoint passing to build a 13-3 halftime lead.

“Our coach tells us to dictate from the beginning,” Lewis said. “If you get the first few goals, it puts the other team down right away.”

With the outcome no longer in doubt, Eden Prairie cruised through the second half. Stillwater cut the lead to eight, 13-5, and the Ponies played the Eagles straight up in the second half.

“I think we did some good things, but we would have liked to have done better. But we have a history with Stillwater,'' Baxter said, a nod to two recent state tournament battles that ended in 15-14 victories for the Eagles. "They’re a feisty team and a big school and they’ve got lot of players.”

Baxter admitted that, with the standard of success Eden Prairie has established, mental motivation is requisite.

“The psychology of trying to get into their heads and really put the pressure on them so that our job becomes easier,” Baxter said. “And it really didn’t get easier. That’s a credit to Stillwater.”

Eden Prairie, seeking its fourth consecutive state championship, took care of the business at hand, roaring out to a 13-3 halftime lead en route to a 17-7 quarterfinal victory over Stillwater.

Stillwater (11-6), which lost to Eden Prairie by identical 15-14 scores in two previous state tournament meetings, cut deficit to eight goals early in the second half,  but could never get closer in the game at Minnetonka High School.