Prior Lake champs again after defeating No. 1 Benilde-St. Margaret's

The Lakers, who won the state championship in 2016, got five goals from Alex Rejda in a 10-8 victory that left the Red Knights as runners-up for the second consecutive year. 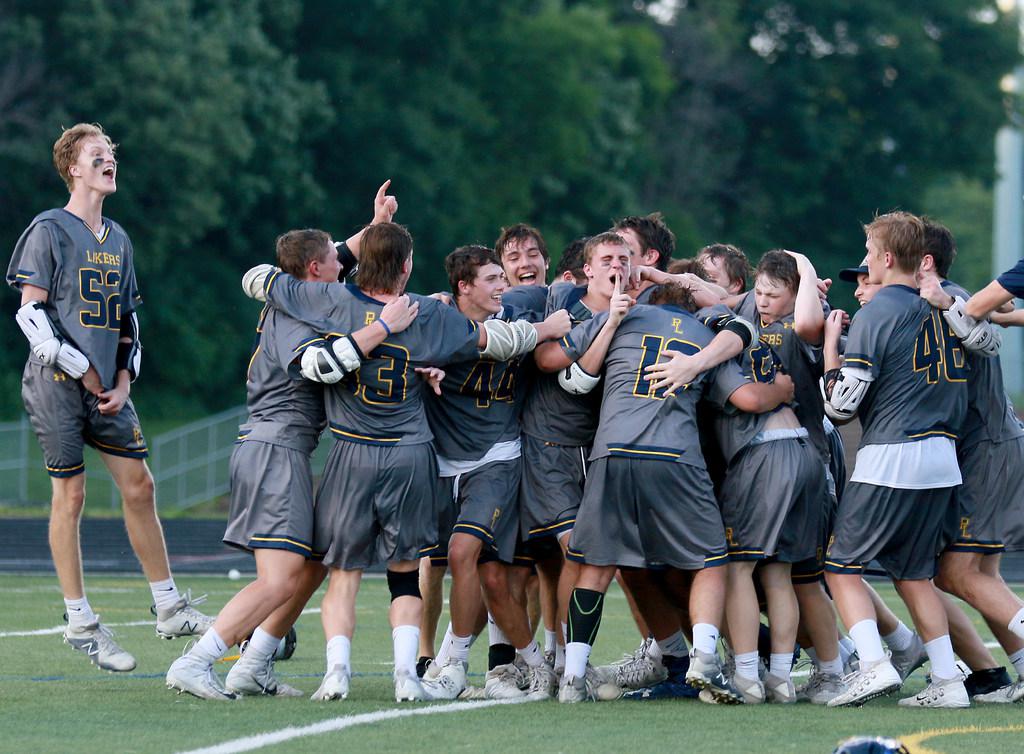 As a sophomore two years ago, Prior Lake’s Alex Rejda was a junior varsity lacrosse player cheering the varsity to a state championship from the student section.

His view improved Saturday at Chanhassen High School. The student section joined the joyful scrum after Prior Lake’s 10-8 championship victory and hoisted Rejda skyward. His five goals, including two in the fourth quarter, earned him a brief ride on the outstretched hands of his high school peers.

No. 2 seed Prior Lake (17-2) led 6-3 at halftime as Rejda tallied a hat trick. Then No. 1 seed Benilde-St. Margaret’s (17-1) roared back, dominating the third quarter with three unanswered goals. 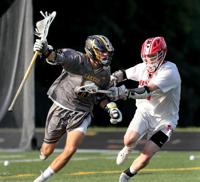 Jack Budniewski’s mastery of the faceoff X played a key role in the Red Knights’ control of the third quarter. For the game he won 16 of 20 faceoffs.

“I thought we had it,” Ehlen said. “We started clicking and scoring goals.”

Prior Lake coach Chris Fleck, who directed the Lakers to the 2016 state title, said his team “held mentally tough. And our defense held strong. Benilde could’ve scored six or seven goals in that quarter.”

After the third quarter, Rejda preached calm as he huddled with fellow attackmen Benjamin Jung and Riley Bachinski. The Lakers stayed poised even after Matthew Dowden gave the Red Knights a 7-6 lead just 38 seconds into the fourth quarter.

Goals from John Leffler and Luke Bloedow restored an 8-7 Lakers lead. Then defender Brian Kallberg, who intercepted a Benilde-St. Margaret’s pass in the second quarter and took the ball downfield for an assist on a Rejda’s third goal, struck again.

“When we’re down we know we have to create turnovers or make a big play to get the momentum going,” Kallberg said.

Guarding two Red Knights behind the Prior Lake goal, Kallberg intercepted their attempted pass, then turned and fired the ball 50 yards downfield to teammate Conor Miller. The sophomore midfielder made a run and assisted on Rejda’s goal to give the Lakers a 9-7 lead.

“They’re just an athletic, physical team that’s very similar to us,” Ehlen said. “They were the better team tonight, but I think if we played them again we could beat them because we were in that game.”

“Benilde is a team that has six good shooters and they run the ball off those people very well,” Rejda said. “But that’s where our depth comes into play.”

No. 2 seed Prior Lake (17-2), champions in 2016, led 6-3 at halftime as Alex Rejda tallied a hat trick. Undaunted, Benilde-St. Margaret’s roared back to take a 7-6 fourth-quarter lead on four unanswered goals in the game at Chanhassen High School.