Benjamin Jung and three Prior Lake teammates made the team after helping the Lakers win their second title in three seasons. 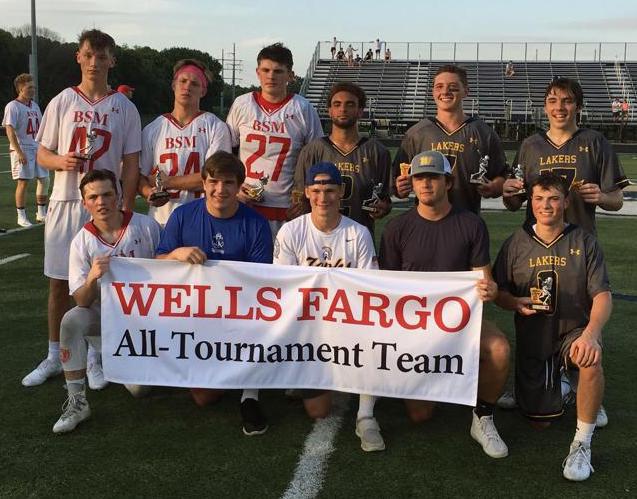 State champion Prior Lake and runner-up Benilde-St. Margaret's each had four players named to the all-tournament team. Photo by Ryan Williamson, SportsEngine

Benjamin Jung was a key cog in helping Prior Lake make its way through the 2018 state tournament en route to its second state title in three years. The junior attackman had 10 points in the tournament, which was second best on the team.

That performance was good enough to earn Jung a spot on the 2018 all-tournament team, where he joined three of his teammates. The team was selected by coaches attending the tournament.

Theo Smith, Preston Jelen and Brian Kallberg were Prior Lake other all-tournament selections, bolstering a defense that gave up double-digit goals just once during the tournament and finished allowing a total of 26 goals.

After its second consecutive state runner-up finish, Benilde-St. Margaret's also had four players make the all-tournament team, headlined by senior midfield Quinn Ehlen. He had a team-best 10 points in the state tournament, including four goals in the state championship game. Attackmen Eric Weber and Turner Wine, along with goalie Buzz Williams were the Red Knights' other selections.

Senior midfield Andrew Sahli was the lone Wayzata player to make the team, finishing the tournament with 16 points and helping the Trojans take home the consolation championship.

Scroll down to see the entire all-tournament team.