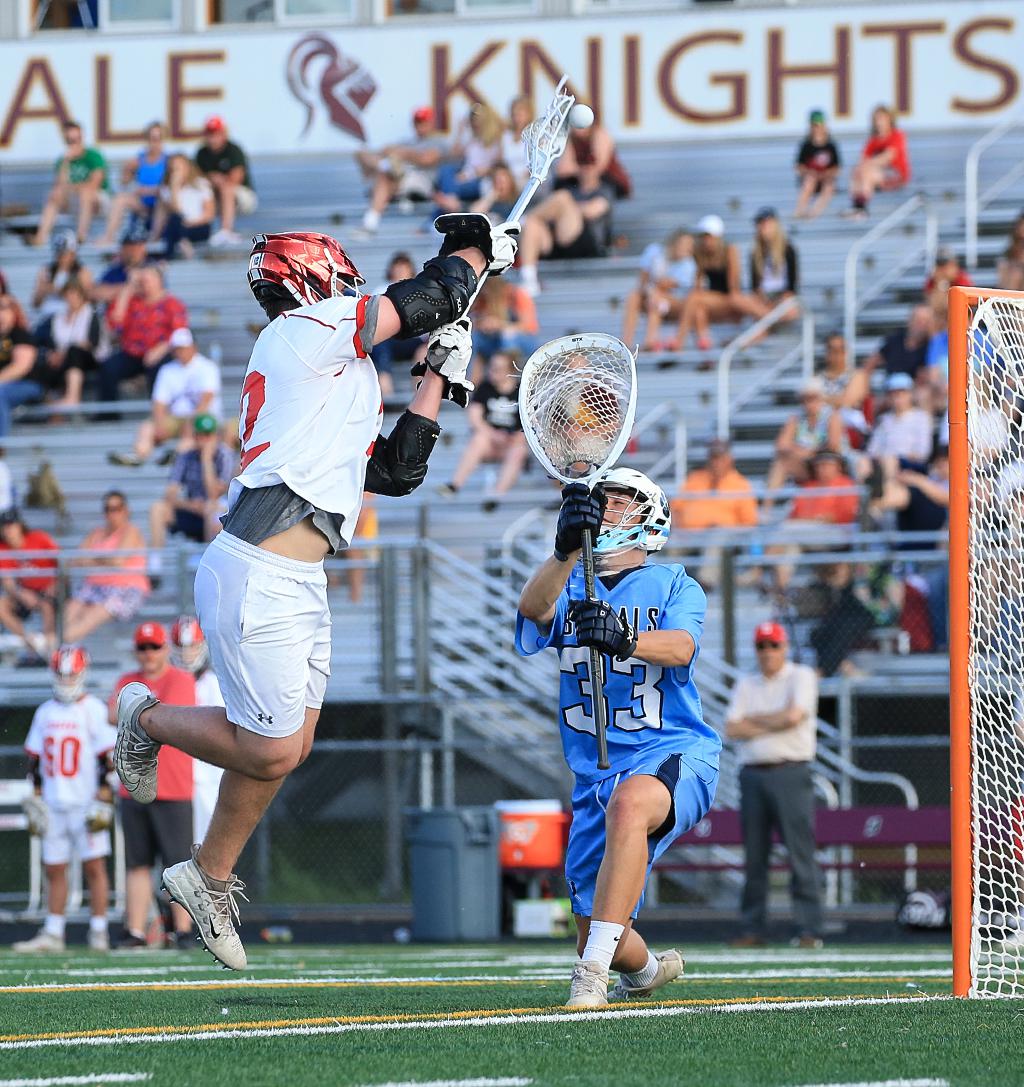 Cole Jackson (12) fires a shot over the head of goaltender Jonah Simonson scoring his third goal of the game. Centennial cruised past Blaine 14-7 in the Section 7 championship game on Wednesday night. Photo by Cheryl Myers, SportsEngine

Scherman is excited for his senior teammates that will get another chance to participate in the state tourney.

“The seniors are some of my best friends on the team,” Scherman said. “It’s crazy being here again. I’ve always been the underdog and it’s just great to be here again.” 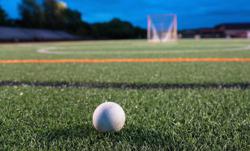 Centennial (15-1) got four goals in the first six minutes of the game — two of which came from Brouillet, who had a hat trick in the first half. Midfielder Ty Jenkins’ goal gave Blaine (12-4) a response after the Cougars were up 2-0, however Centennial went on a four-goal run to end the first quarter.

The Cougars extended their lead to 8-1 in the first four minutes of the second quarter. Then Blaine’s offense caught fire, with the Bengals going on their own four-goal run to get back in the contest.

Centennial goalie Andreas Bramscher kept Blaine at bay, making four saves in the first half. Blaine’s Noah Hitchcock, meanwhile, stopped one shot in the opening half.

Centennial struck again in the third quarter, scoring three unanswered goals in a five-minute stretch. On the third goal of the quarter, the Cougars had a three-man advantage due to Bengals’ penalties.

“We just had trouble getting possessions,” Blaine coach Josh Swart said. “We lost the possession battle.”

Scherman, who notched his second goal in the third quarter, said the Cougars just needed to keep focused on the task to see the win through.

“We were a little frantic in the second quarter — so we had to clean that up a little bit,” Beach said. “Overall, I think the pace of play in the second half for us was huge.”

Blaine struggled to maintain the offensive spark it had found in the second quarter. It didn’t score again until late in the fourth quarter, when Joe Lange struck with a pair of goals to make the score 14-7. 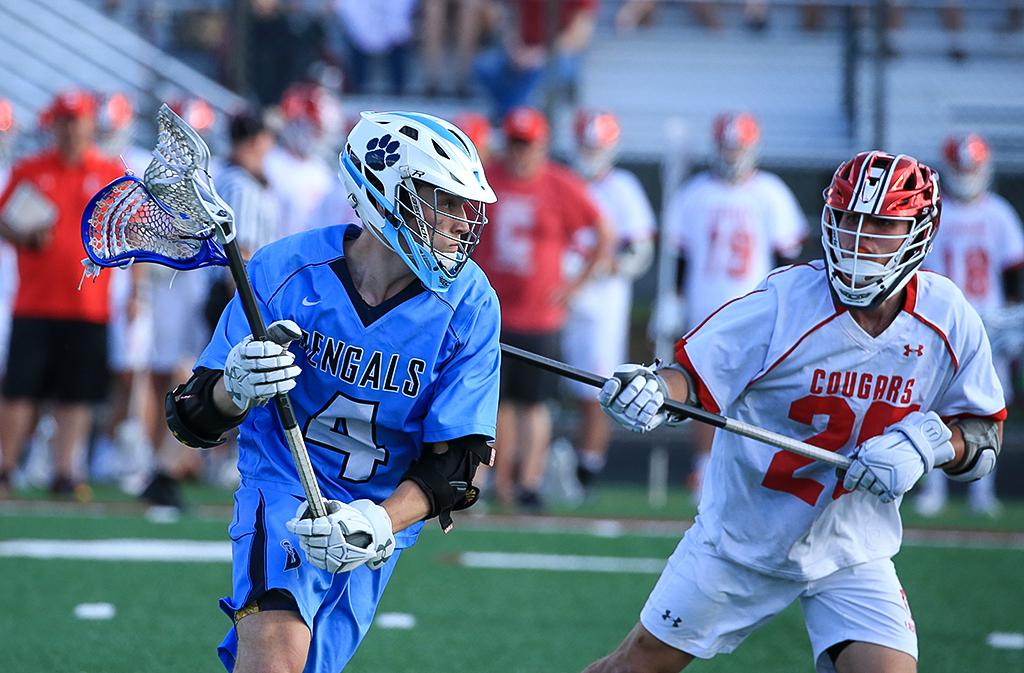