Back-to-back letdowns, in lacrosse and football, have fueled the Virginia-bound defender's commitment to bringing home a championship. 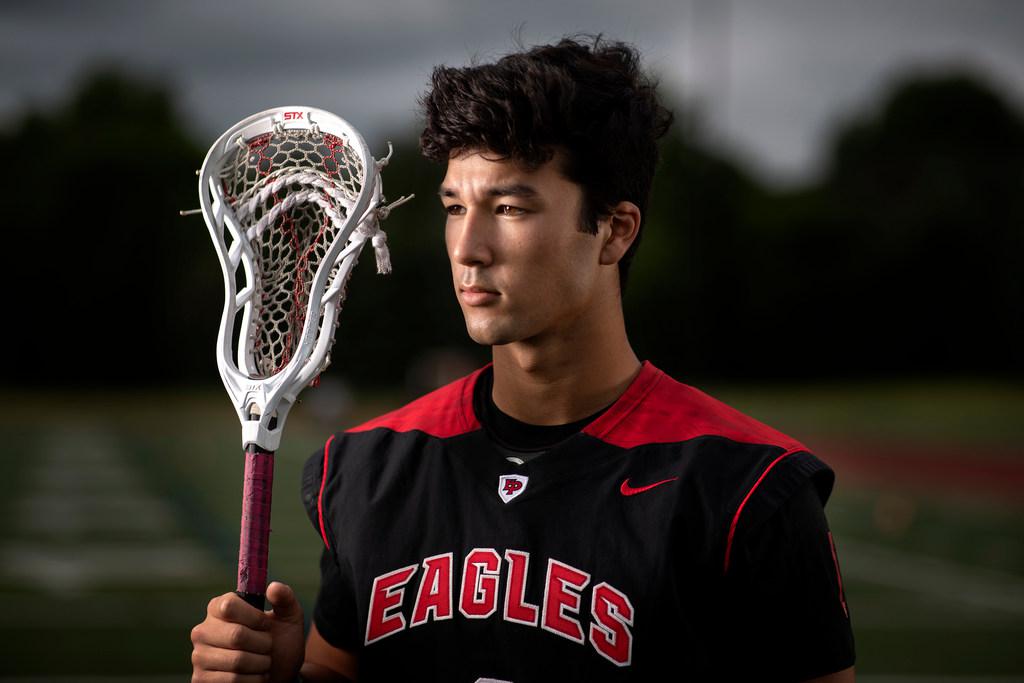 “This year I raised my game in terms of our team defense,” Matsui said. “Making sure everybody was on the same page and that we were sound. You want to make the players around you better.”  Photo by Jerry Holt * jerry.holt@startribune.com

Back-to-back letdowns only fueled his hunger. The Eagles missed qualifing for the lacrosse state tournament in 2018, their first absence in eight years. A few months later, Matsui and the football team failed to repeat as Prep Bowl champions.

“We saw what flaws we had during the football season so we worked hard to make sure we didn’t have them in lacrosse,” Matsui said. “Maintaining focus and staying committed to the process, things like that.”

Any Eden Prairie lacrosse players caught messing around in practice received the same treatment Matusi gives opposing offensive players. He shut them down.

“You need to get on them right away to make sure the focus doesn’t go away,” Matsui said.

Don’t misunderstand the Eagle senior. He’s no tyrant. He’s just an athlete who has been a state champion and wants the same for teammates. Widely respected for his footwork, tireless effort and fierce competitiveness, Matsui is the first defender to be named Star Tribune Metro Player of the Year.

“This year I raised my game in terms of our team defense,” said Matsui, who found teams avoiding him this season. “Making sure everybody was on the same page and that we were sound. You want to make the players around you better.”

Eden Prairie coach Ryan Ward proclaimed a year ago that Matsui “will be the best defender to come out of Minnesota, ever.” Matsui kept strengthening his résumé, highlighted by the Under Armour All-America Lacrosse Game invitation.

The game, which will be played June 29 at Johns Hopkins University, “is basically the pinnacle of high school lacrosse,” Matsui said. “To get that honor is like a validation of your career.”

But not the pinnacle. That’s reserved for a state title. The Eagles begin their quest at 11 a.m. Tuesday in the state tournament quarterfinals against Lakeville North.

“We’re making sure our one goal stays on a state championship,” Matsui said.

Tag(s): Around the State  Eden Prairie