The Red Knights look to bring back an experienced group that came up just short of a state championship in 2019. 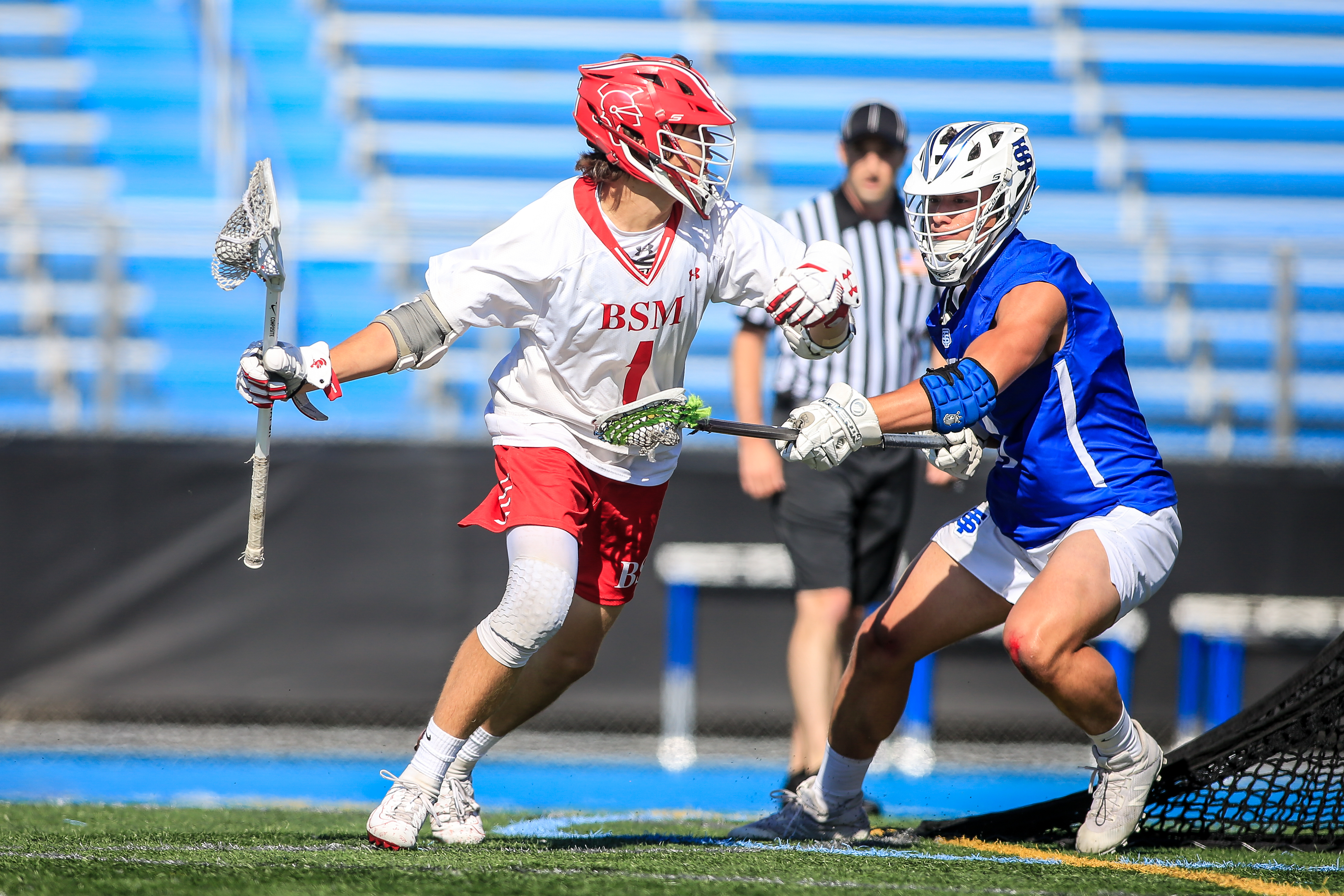 Jack VanOverbeke was a key part of Benilde-St. Margaret's attack in 2019. He'll likely be a key piece for the Red Knights once again next year. Photo by Mark Hvidsten, SportsEngine

With the 2019 boys' lacrosse season finished, we can't help but take an early look at next spring.

Many of the teams that competed in this year's state tournament still feature plenty of talent, meaning they'll likely to be in the mix for a return trip when the postseason begins next spring.

To help provide a roadmap, the MN Lacrosse Hub assembled its Way-Too-Early Top-10 Rankings in boys' lacrosse for the second straight year, making the assumption that all non-seniors will return to their respective squads for the 2020 season. We also compiled a list of possible Mr. Lacrosse and Jake Anderson Mr. Goalie Award candidates.

Feel free to criticize or critique our order in the comments below, but keep it nice and clean.

In their most recent run to the state championship game, the Red Knights relied upon younger players to do the scoring. All 21 of Benilde-St. Margaret's state tournament goals came from players who were juniors or younger.

Jack VanOverbeke, a junior attackman, led the charge with a team-best seven goals in three state tournament games. The All-American returns alongside midfielder Matt Dowden, who added six goals in that stretch.

Along with the returning front-line players, goalie Jack Keller is expected back in net for Benilde-St. Margaret's for his senior season. Keller was an all-state honorable mention pick this year and could find himself in the mix for the Jake Anderson Goalie of the Year Award in 2020.

The biggest holes for the Red Knights to fill will come in the middle of the field as they graduated all-state midfielders Tucker Turrittin and Shay Kinney Leonhardt. 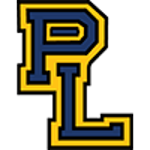 Following Prior Lake's state championship run in 2018, the Lakers graduated 15 seniors and then-head coach Chris Fleck left the program. Prior Lake responded to that adversity by winning a second consecutive state championship. Though there are more key players who graduated for the Lakers this season, it's hard to believe the program will be taking a step back anytime soon.

Prior Lake looks to reload up front to replicate its recent success, as the Lakers graduated each of their top three scorers in Riley Bachinski, Luke Bloedow and Ben Jung. The trio combined for more than 100 points this year.

One player who could help fill the void on offense is midfielder Will Gilbert. As a junior, he added 13 goals and a pair of assists for Prior Lake.

Along with Gilbert, goaltender Colin Nauertz returns for the Lakers. He was a key piece in the state final as he stopped 10 of 13 shots faced. 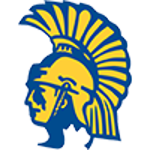 After a run to the state semifinals in 2018, Mahtomedi headed into this year's section playoffs as an underdog and the No. 4 seed in Section 4. But the Zephyrs bested top-seeded Stillwater and returned to state, taking home the consolation championship. Mahtomedi brings back a number of key pieces and looks to be a factor again in 2020.

Losses for the Zephyrs come in the goal-scoring department. Mahtomedi graduated attackmen Connor Stoker and Nathaniel Graslewicz, who combined for 51 goals during the regular season.

However, the Zephyrs return attackman E.J. Charpentier, who scored a team-best 31 goals in 13 regular season games. He will be joined by midfielder Colin Hagstrom, a force on faceoffs who can also contribute on the offensive side of the field.

To go along with Charpentier and Hagstrom, Mahtomedi brings back both its goaltenders: Gus Magnusson and Xander Williams. They combined to allow 6.85 goals per game this past season.

Despite losing defender Bobby Lebens to graduation, Lakeville North looks to have a strong defense with Graham Robbins. He was an honorable mention pick for this year's all-state team. 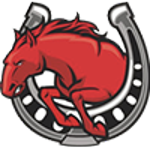 Stillwater quickly vaulted to the top of the state coaches' poll in 2019 with a perfect regular season. The Ponies' hopes at a state tournament run disappeared, however, when they were upset by Mahtomedi in the section semifinals. Despite the blemish, there's plenty for the Stillwater faithful to be excited about entering next season.

Despite the lost scoring, Stillwater still has plenty of offensive firepower, which includes Tyler Thureson, an All-American who had a team-best 41 goals in the regular season.

Thureson will return alongside four other Ponies who had at least 20 goals during the regular season, which projects the 2020 Ponies having one of the state's top offensive teams, at least on paper.

Along with its offensive returners, Stillwater returns goaltender Gunner Arens who posted a .649 save percentage during the 2019 regular season. 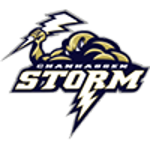 For the past few seasons, Chanhassen has found itself finishing behind the likes of Eden Prairie and Minnetonka in Section 2. If the Storm is to defeat those titans and make a first state tournament appearance, its best shot might be in 2020.

After upsetting top-seeded Minnetonka 6-5 in the Section 2 playoffs this past season, Chanhassen's run to state ended a game short as the Storm fell to Eden Prairie 9-5 in the section final. Many of Chanhassen's players, including each of its top seven scorers from the 2019 regular season, are expected back for next season.

That includes Hunter Holcomb and Cal Davis, who each added more than 20 goals during the regular season.

Zechariah Rathe returns as the Storm's goalie next season. He posted a .640 save percentage in 13 games this past season.

Eden Prairie returned to the state tournament after a one-year absence in 2018. The Eagles did so thanks, in part, to a strong senior class. That group having graduated leaves some major holes to fill, but Eden Prairie looks to have enough returning talent to remain a force in both the Lake Conference and in Section 2.

The biggest loss for the Eagles entering next season is Mr. Lacrosse Award and Star Tribune Metro Player of the Year recipient Quentin Matsui. He led a defensive unit that suffocated opponents in 2019, along with goaltender Garett Smith. Both players leave gaping holes Eden Prairie will have to fill.

Offensively, Collin Penn graduated after being one of the Eagles' top offensive players. He scored five goals in this year's state tournament.

When looking for who will step up for Eden Prairie, look no further than Will Foster. He was an all-state selection as a sophomore and his role will likely increase as he becomes a seasoned upperclassman.

Minnetonka looked primed to make a run at a state championship heading into this year's postseason. The Skippers' hopes, however, were dashed abruptly when they lost to Chanhassen in the Section 2 semifinals. Despite some significant losses, Minnetonka will likely enter 2020 on a mission to make state.

Replacing lost talent up front will be a priority for the Skippers. Their top two goal scorers in the regular season, Andrew DiFrancesco and Grant Brunsvold, each graduated, leaving big holes to fill.

The Skippers can lean on midfielder Luke Tollefson who has the most goals of any returning Minnetonka player (17).

The Skippers will also feature some some top-end talent on the defensive side of the field, even though they graduated top-end goaltender Jack Bayless. Defender Elliott Ische will be back after being named an All-American in 2019. 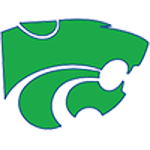 After making three consecutive state tournament appearances, which includes winning a state championship in 2017, Eagan appeared to have established itself as one of the state's top programs. The Wildcats took a step back in 2019, however, as they fell 12-6 to St. Thomas Academy in the Section 3 semifinals. Eagan will look to regain some of its previous success next season.

First, the Wildcats have some holes to fill as they'll be without Andrew Wilson and Tanner Whipps up front. The seniors were two of Eagan's top scorers this season, combining for 80 points in the regular season. Goalie Manny Steele has also graduated after posting a .598 save percentage.

There are plenty of young players to excite Wildcat fans heading into next season, however. Jack Stone and Damien Schultz each return after scoring more than 20 goals apiece last season. 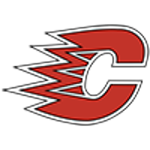 Centennial appears to be onto something special in the northern suburbs as the Cougars made their second consecutive state tournament appearance in 2019. They look primed to add to that success next season.

The biggest loss for Centennial comes in the form of Garett Hoch who graduated after posting 32 goals in 11 regular-season games in 2019. The Cougars also graduated Alexander Brouillet, an all-state player.

Rawly Scherman appears to be the team's top returning asset on offense. He tallied 18 goals in the regular season, third best on the team. He'll likely be called upon to help replace the lost production of players such as Hoch and Brouillet.