The Knights erased a three-goal halftime deficit to force overtime and claim the win. 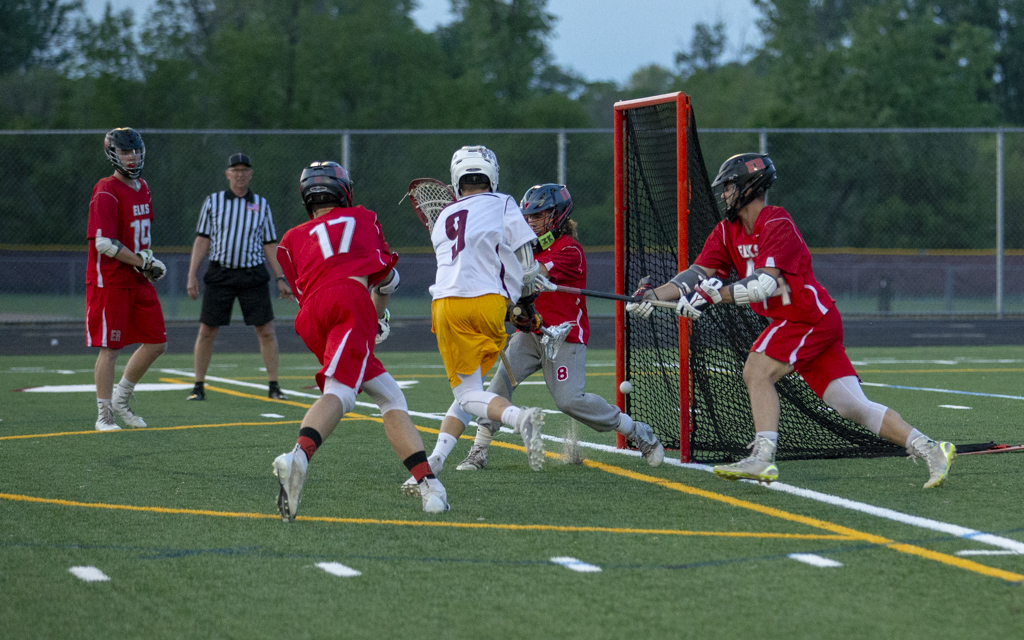 Irondale's Kevin Kvaal puts the shot past Elk River goalie Cody Simon for the game-winning goal in overtime. The Knights capped off an undefeated season with the 8-7 victory over the Elks. Photo by Jeff Lawler, SportsEngine

There was a time when the thought of the Irondale Lacrosse program running the table and wrapping up a Northwest Suburban Conference would be considered laughable.

But in 2018, four years after entering the conference and serving as its cordial doormat, the Knights (13-0, 12-0) got the last laugh after clinching the school’s first-ever conference title in the sport, and taking an unbeaten streak into next week’s Section 4 playoffs.

Irondale needed to rally from a three-goal deficit at halftime, and push for overtime before finishing off a gritty and deliberate Elk River (10-2, 9-2) team that was fighting for a share of the conference crown.

In the extra session, the Knights gained early possession and went to work. Less than a minute in, junior midfielder Kevin Kvaal burned a low shot into the back of the net that drove Irondale into party mode with the 8-7 victory.

“I don’t think anyone expected us to be conference champs,” said Irondale coach Eric Burtness. “But we got this thing rolling and beat some good teams along the way.”

Kvaal said the team floated the idea of winning the league earlier this spring as they looked at the schedule, but not even they really believed it to be a tangible goal.

“Honestly, we talked at the beginning of the season about going undefeated, it was a joke,” Kvaal said. “But here we are.”

Irondale’s ascension to the top of the conference is a tribute to its upperclassmen, especially a splendid junior class; many of whom played as eighth graders on the Knights’ squad that went 2-13 in 2015. The next year, they went 3-12, and in 2017, finished 8-7 to claim their first winning record.

Attackman Joe Frischman, a junior who finished with a pair of goals Wednesday, said the rough going made the accomplishment that much sweeter.

“It’s been a journey,” he said. “We were by far the worst team in the conference. We lost to the second-worst team by like 10 (goals) whenever we’d play them. It was tough. But we’ve all grown together and are committed to making this better.”

The Knights reigned in the momentum and then put it to work for them in the fourth quarter. Irondale chipped away and fought to counter the Elks' possession with the lead approach.

Frischman scored a pair of goals barely more than a minute apart midway through the final quarter, with Kvaal assisting on the first, and then adding his own tally a short time later.

The Knights began to exude confidence. It was only a matter of time.

“I think we are learning how to win, and we are expecting to do so,” Kvaal said. “Tonight, I never felt like we were going to lose.” 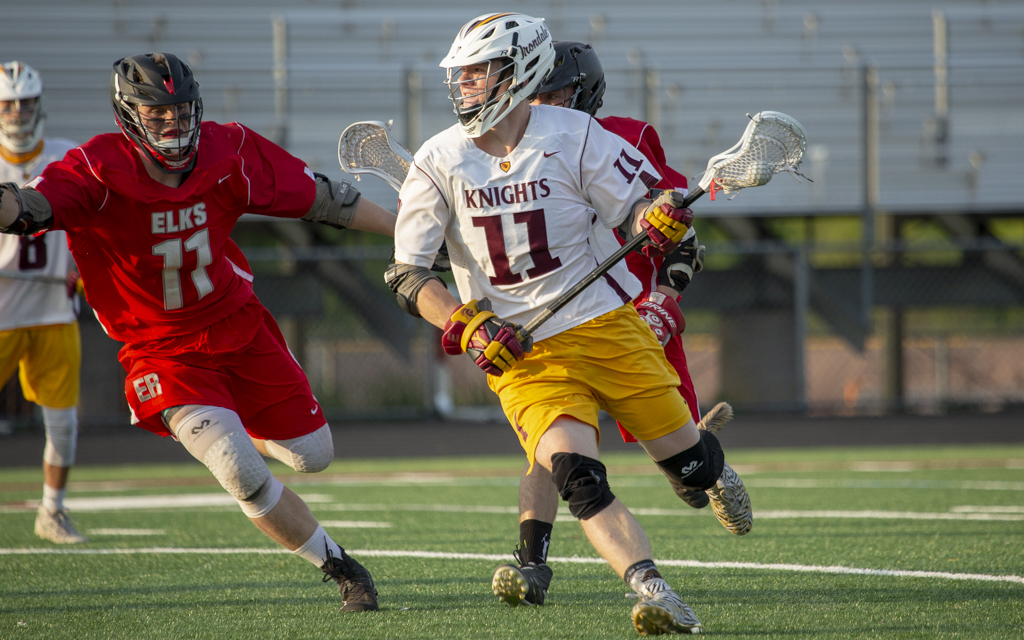 Irondale junior Parker Freiberg drives towards the goal against Elk River Wednesday night. Freiberg had two goals in the Knights' 8-7 overtime victory over the Elks. Photo by Jeff Lawler, SportsEngine

Irondale battled back from a three-goal halftime deficit and pushed for overtime, where the Knights needed less than a minute to complete their 8-7 comeback victory over Elk River at Irondale High School on Wednesday. With the win, the Knights clinched first place in the Northwest Suburban Conference.

The Knights’ junior trio of Joe Frischman, Parker Freiberg and Kevin Kvaal each finished with a pair of goals in the victory, with Kvaal delivering the game winner on a mid-range shot 56 seconds into overtime to lift Irondale (13-0, 12-0) to its first conference title. 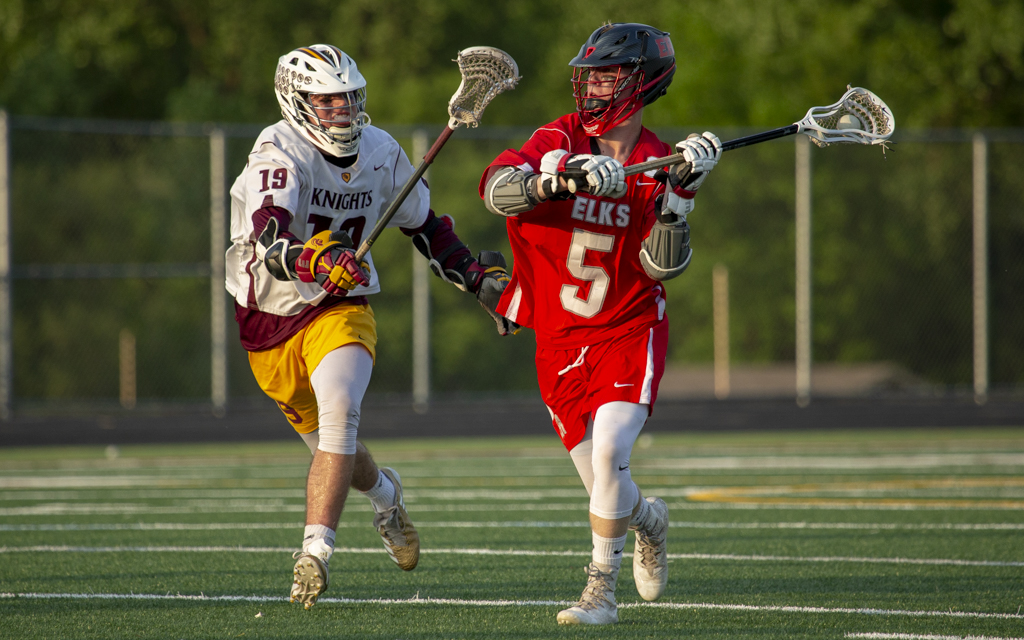